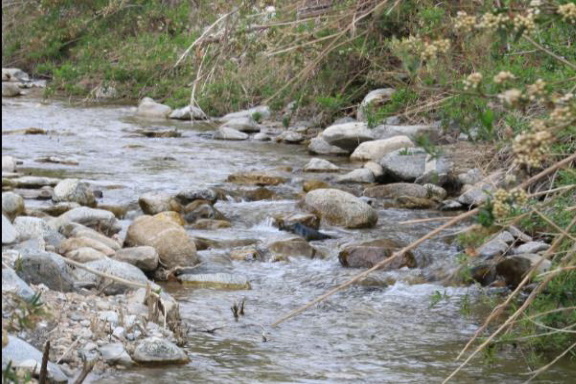 This is the free flowing stream just south of the mouth of the Arroyo. 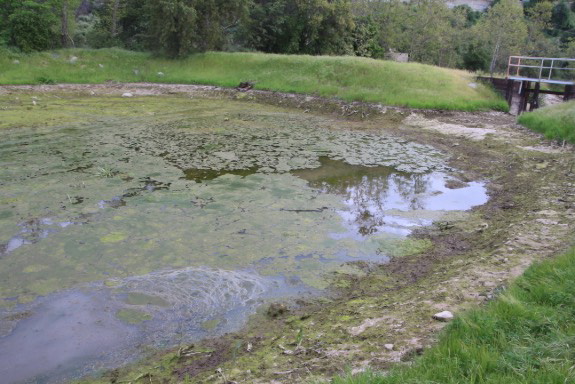 This is the stagnant spreading basin PWP prefers.

Click on the graphics above to view these two outstanding presentations.

Now PWP has a lot of tough questions to answer.

The comments from the public address a wide variety of critical issues regarding the future of Hahamongna and the Arroyo Seco.

Click on the name to read the full document.

CDFW offers a stinging analysis of the gaps in ASCP, including this: "The potential loss of riparian habitat because of the long term surface water diversion components with the Project could potentially result in significant loss of habitat for biological resources, including CESA-listed species, such as least Bell’s vireo (Vireo bellii pusillus) know to occur downstream in the Devil’s Gate Reservoir. In addition, changes in the frequency, duration, and intensity of future precipitation or drought events due to climate change does not appear to be included in the analysis in the changes of water availability and its impact on the surrounding habitat in combination with the diversion activities of the Project." And there's lots more.

Ken Kules, a veteran water engineer, states that "the only reason they're improving the spreading grounds is so they can get pumping credits. According to their analysis, it will not increase the overall percolation into the Raymond Basin. The net result is further degradation of the groundwater levels."

Hugh Bowles, Hahamongna neighbor, breaks down in detail why the stream zone will protect water quality and conserve more water than the expanded spreading basins planned for the area.

PAS president Laura Solomon writes: "PAS appreciates the efforts by the Pasadena Water and Power Department (PWP) to increase the amount of water it diverts from the Arroyo Seco stream for municipal purposes. At the same time, we think the efforts rely on backward thinking and ask that the City use a more environmentally sensitive and effective plan."

WPRA submits a keen critique of the program and concludes: "We cannot support the project as proposed, and believe that the draft EIR is defective: it avoids consideration of viable superior alternatives, fails to use best available science to analyze environmental impacts, and errs in evaluating cumulative effects."

Doctor Darren Dowell, astrophysicist and birder extraordinaire, wrote: "Although there are some positive elements of the project, I am overall disappointed to see that the City of Pasadena is considering a step backwards in its responsibility to be a leader on environmental issues and is instead planning a last-century approach to water conservation (activelymanaged diversion and spreading) based on water policy from 1944 - 1974."

Altadena historian Michele Zack tells the stories of the remarkable history of the project site that the DEIR neglected to mention. Take a look. It's fascinating.

PAS conservation director Mark Hunter waxes eloquent about the value of streams and suggests some alternatives that should be considered.

Professional engineer Jonathan Frame states: "It is not enough to claim that the infiltrating water from the river will not count as credit from the RBMB when the health of the river and habitat is at stake. This is precisely the objective of our environmental laws, to ensure projects like these do not unnecessarily degrade the environment, and our natural resources, when it can easily be avoided through mitigation."

Altadena resident Sharon Sand is concerned about the industrialization of a natural area and whether sufficient alternatives have been studied.