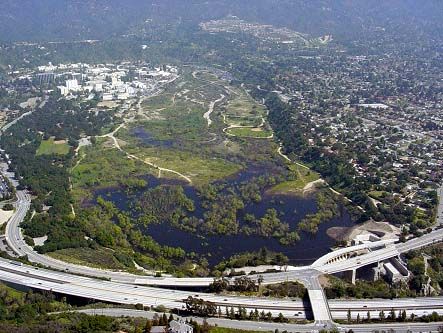 The Arroyo Seco Foundation has launched Save Hahamongna, a campaign to preserve the nature of that rare 250 acre basin at the mouth of the Arroyo Seco as it descends from the San Gabriel Mountains. The campaign will consist of a petition to be presented to the Pasadena City Council and a series of educational activities. We hope that other organizations and individuals will join the campaign.

The new Sycamore Grove Field, now being planned by city staff, would be constructed on the edge of the streamzone area between of the current Oak Grove Field and the former Johnson Field on the east of the Hahamongna basin.

We strongly support the developement of more athletic fields for the young people and residents of Pasadena, but these fields would be more appropriately sited in neighborhoods or at schools where they would be more accessible rather than despoiling a rare natural area. This approach would also reduce unnecessary car trips to this remote location and the resulting traffic and carbon emissions. Pasadena has received a million dollar grant to partially offset the costs of this field and parking lot; that grant should be modified to provide for a more suitable location.

There is a growing appreciation in Pasadena of the natural environment and the value of water resources and open space in an urban area. Our young people need additional opportunities to recreate, but they also need to develop a greater awareness and respect for our natural environment.

Pasadena now has 31 athletic fields, but only one Hahamongna. 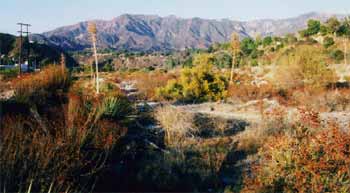 What You Can Do:

Won't you please help? Get involved in the campaign to save our region's most valuable environmental treasure. Click this link.

The Hahamongna Watershed Park Advisory Committee is asking the Pasadena City Council to reconsider a 2003 plan to site two soccer fields and a parking lot in the middle of the Hahamongna flood basin. -HWPAC-

Hahamongna is about water, so the best time to see it is during or after a storm. If you would like to view the area designated for athletic fields and a parking lot, check out this video. Wait patiently until about 1:55 when the camera pans across the proposed site flooded by the storm. -Fields Site-

A critical link will be added to the long-sought Arroyo Seco Bike Path. -Bikes-

The Audubon Center in Debs Park has a few internships available for young people who want to learn and teach about nature. Check out the opportunity: -Audubon-