Ride or run into the future at
Arroyo Seco Via

Arroyo Seco Via is an exciting community event hosted by the Arroyo Seco Foundation that will span the Arroyo Seco from Hahamongna Watershed Park in Pasadena to Marsh Park in Elysian Valley. It will consist of a bike ride and run between these two parks, where there will be fun and educational presentations and activities.

Arroyo Seco Via will also feature a contingent of runners, underlining that there's much to see in the Arroyo on foot. Runners will meet at Garfield Park in South Pasadena and depart at 8:00am


View Arroyo Seco Via in a larger map

The goal of Arroyo Seco Via is to promote a dedicated bikeway between downtown Los Angeles and the San Gabriel Valley by highlighting the incredible cycling opportunities the Arroyo presents and unique places accessible along the way for commuters and recreational users and to promote aware of Arroyo and LA River restoration programs.

Arroyo Seco Via is very much in the spirit of CicLAvia, where hundreds of thousands of Southern Californians have been able to ride, walk and enjoy the streets of Los Angeles. While there will be no street closures for this ride, Arroyo Seco Via has a more definite focus: promotion of the development of a dedicated bikeway along the Arroyo Seco that will provide recreational benefits as well as serve as atransportation alternative to clogged freeways. 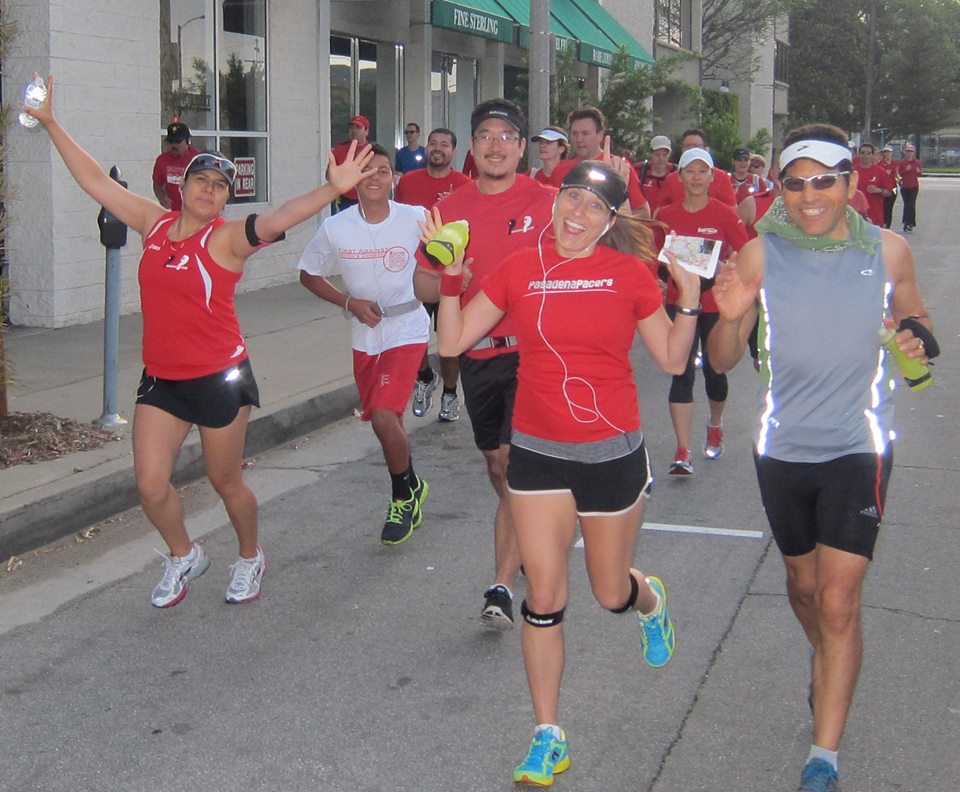 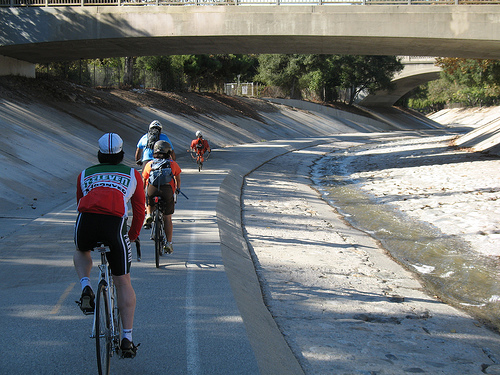 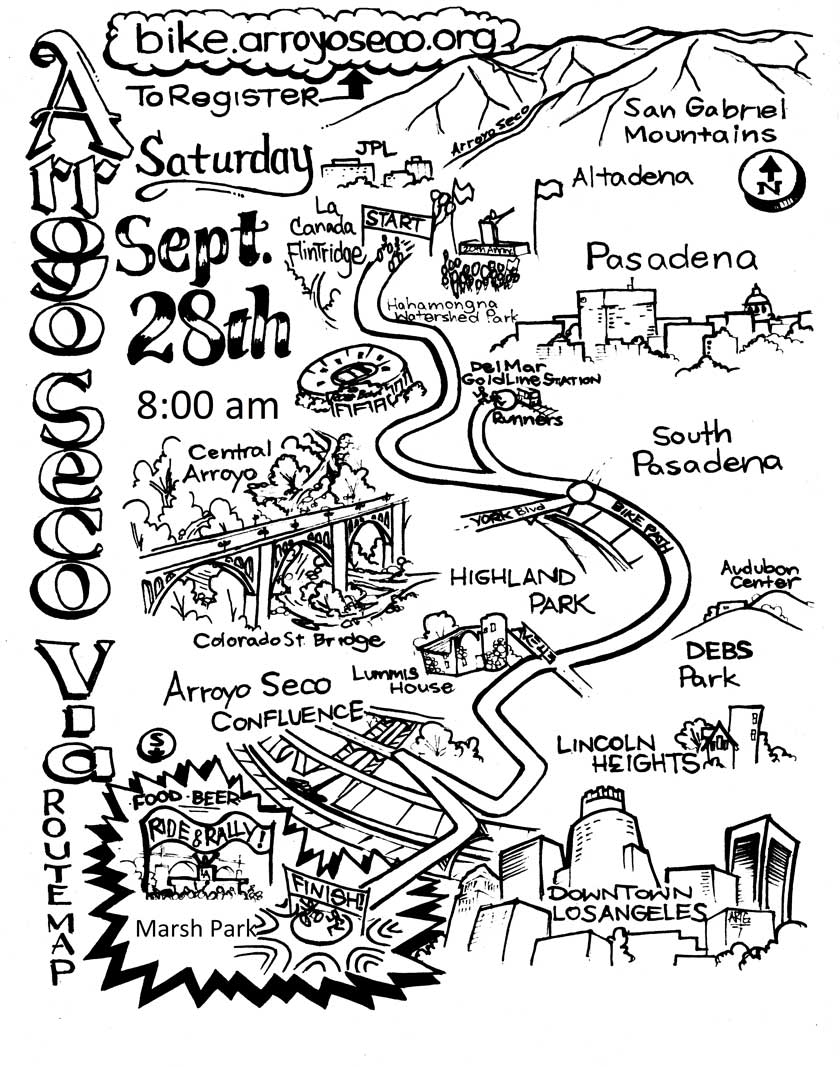 Arroyo Seco Via will end at Marsh Park and connect with LA River Alt. 20, a rally in support of Alternative 20 of the US Army Corps of Enginners' LA River Ecosystem Restoration Feasibility Study. Alternate 20 presents the most comprehensive plan for LA River and Arroyo Seco Confluence restoration. Find out more at www.lariverrally.org

The Arroyo Seco has been called the most celebrated canyon in Southern California. This spectacular corridor with a gentle river flowing through it links downtown Los Angeles with Pasadena and the San Gabriel Valley.

The Arroyo Seco is ideally suited to feature a bicycle path as a viable transporation alternative as well as a recreational route. It's a gentle downhill ride of about ten miles from Pasadena to the downtown Los Angeles filled with scenic hightlights and cultural landmarks. The path would parallel the Gold Line train with six nearby stations so that bike riders could take the train one way and ride the other in the spectacular natural setting of the Arroyo Seco.

It's a fun, refreshing and healthy alternative to freeway congestion.