The Cabins of the Arroyo Seco

In the early years of the last century, outdoor-lovers built cabins in the mountain stretches of the Arroyo Seco and its side canyons like Fern Canyon and Brown Canyon.  There were as many as 180 of these cabins.  The Pasadena Water Department, which bought one thousand acres in the upper watershed of the Arroyo Seco, forced the cabin dwellers to move out in the early 1940s due to water quality concerns.  The cabins were eventually removed, although you can still find foundations and remnants of the cabins today.

(Click on the picture to see a larger version.) 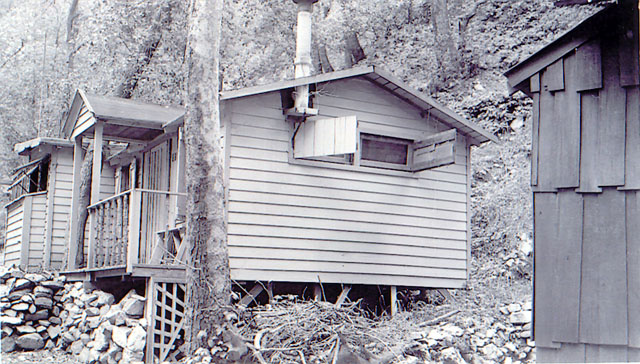 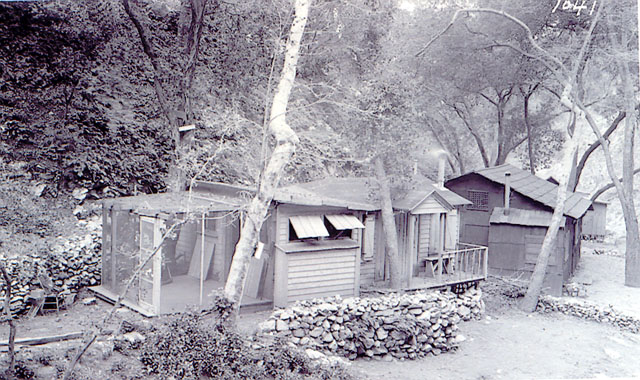 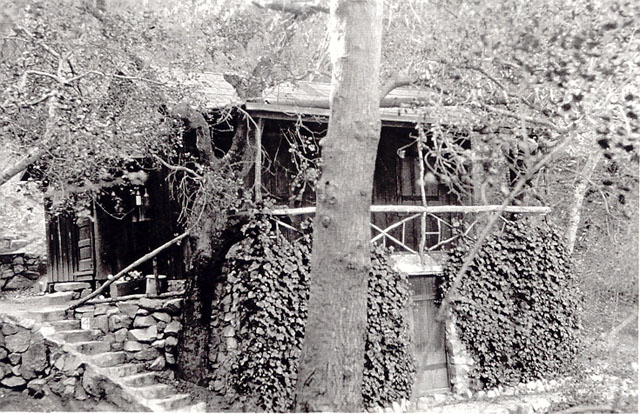 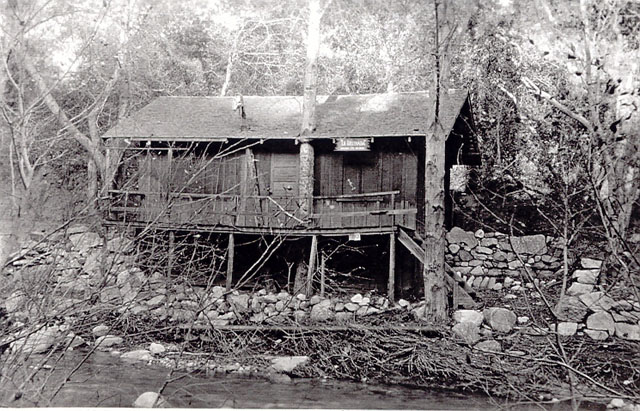 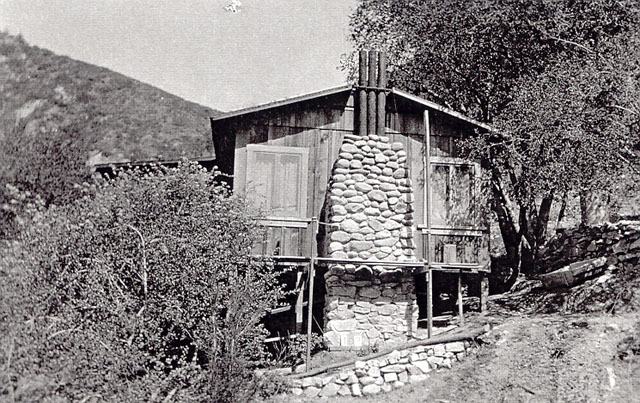 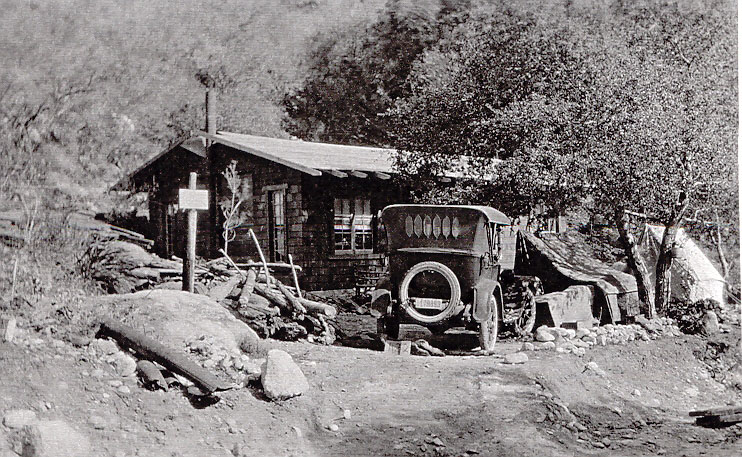 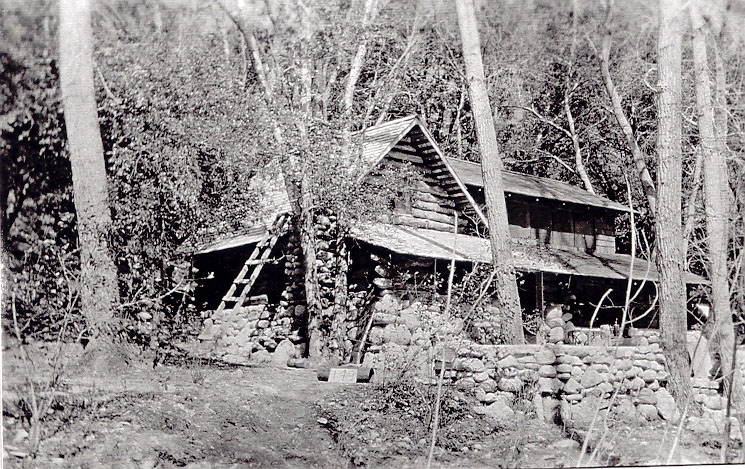 From the collection of Robert Wilde