August 23, 2018 — There was a lot of discussion of LA County's Big Dig Plan for Hahamongna Watershed Park at Monday night's meeting of the Pasadena City Council. The final report of One Arroyo, the Arroyo Advisory Group, was on the agenda, but an added urgency was due to new indications that the County Flood Control District is ignoring community input and opposition to their devastating program.

Click on the name or picture to view the presentation. 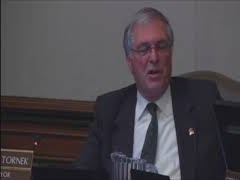 Mayor Tornek reported that he had had a meeting with County officials that very day, but that they were not responsive to local concerns. 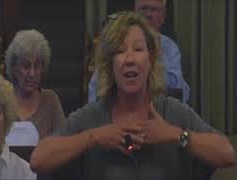 Blair Hansen, who lives on the edge of Hahamongna Watershed Park, pleaded for the City Council to take vigorous action to protect and preserve Hahamongna and to let community members know of the impacts of the sediment program. 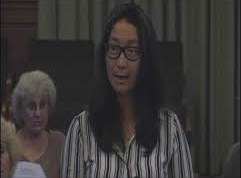 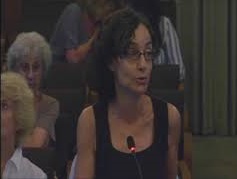 Susan Campisi outlined the enormous impact that excavating seventy acres of riparian trees and habitat will have on our region. She calls on concerned residents to rise up and save the trees. 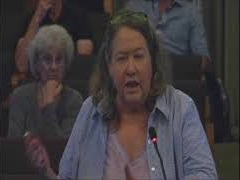 Nina Chomsky asked probing questions about the impacts and what coordination is being done to minimize them.

City Manager Steve Mermell promised that the City of Pasadena website would provide updates to local residents about the sediment excavation and trucking project.