Learn about all the exciting Arroyo happenings and controveries in the compfort of your home. Zoom comes to the Arroyo; or vice-versa.

Pasadena Water & Power wants more sterile pits like this at the mouth of the Arroyo in Hahamongna Watershed Park.

From the Hahamongna Accountability Project 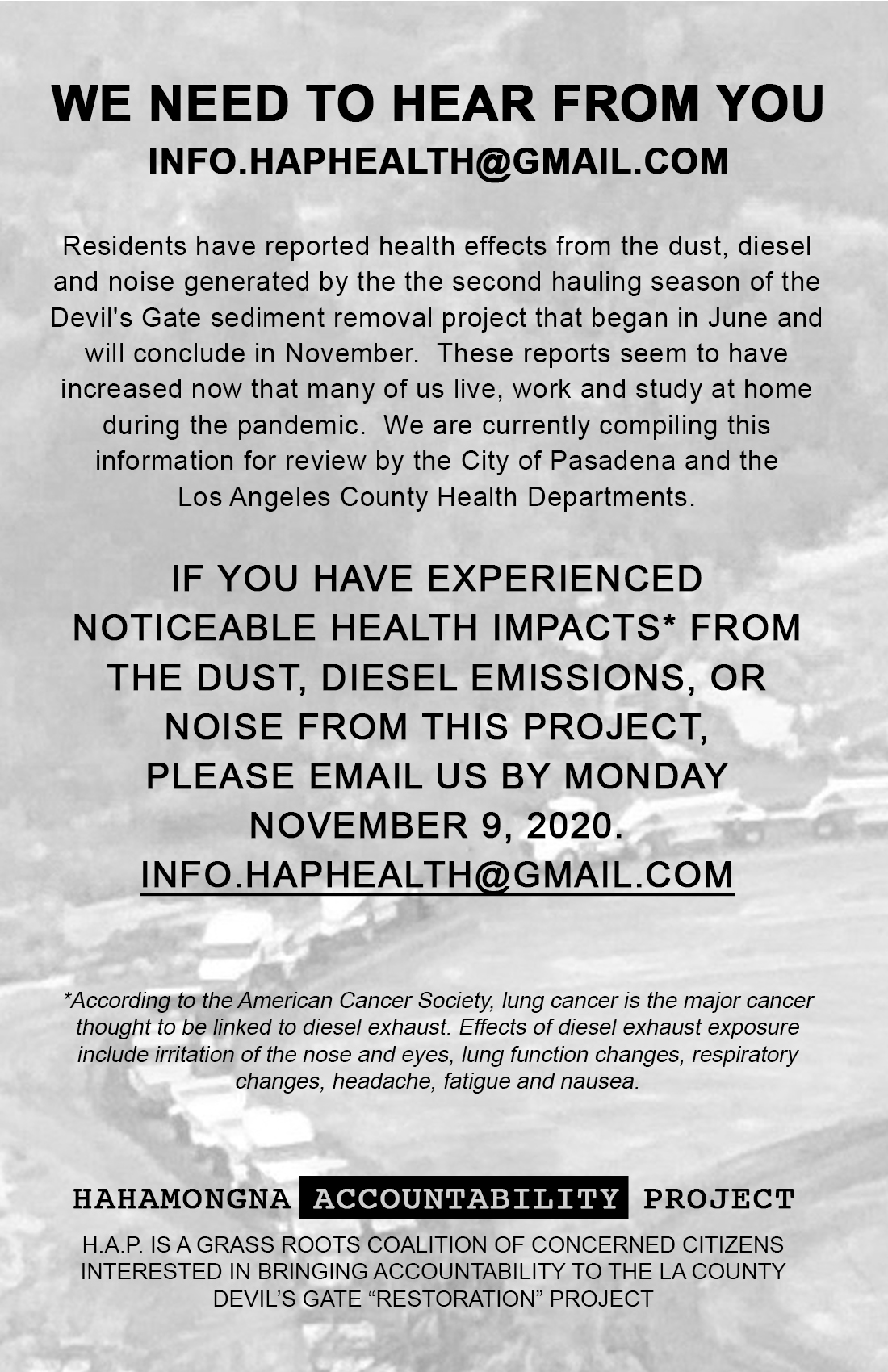 A Living Stream or More Denuded Pits in Hahamongna?

The Arroyo Seco Canyon Project will reshape the Hahamongna area at the mouth of the Arroyo as it comes out of the mountains. Pasadena Water & Power's (PWP) in now preparing the Final Environmental Impact Report, apparently ignoring numerous serious issues raised by critics. The comments are quite revealing. Take a look: Public Comments

We are particularly concerned that PWP has rejected out-of-hand the most environmentally appropriate alternative, which consists of using the natural stream to percolate water into the groundwater basin beneath Hahamongna. Hahamongna, after all, is a spreading basin.More 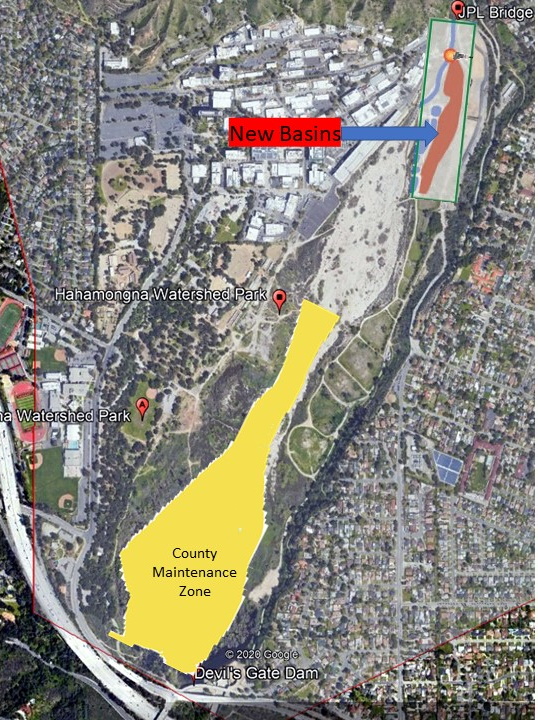 Do You Know the Steelheads' Favorite Stream?

The Southern Steelhead, which once frolicked in the Arroyo Seco, is now an endangered species. There are estimated to be only 300 left waiting in the Pacific Ocean to come back to their homes in the San Gabriel Mountains. The Los Angeles River Fish Passage and Habitat Structures Design (LARFPHSD) project, currently underway, is exploring how to design stream improvements that will provide good habitat and conditions for steelhead trout and other native fish in a 4.8-mile stretch of the LA River near downtown LA, and Arroyo Seco restoration is crucial to the long-term success of that project.

Fall is the Best Time to Plant Natives!

Come by and visit us to enjoy more than one hundred spectacular species of native plants from the Arroyo Seco.

Berkshire Creek Has Lessons for Our Region

Take a walk and enjoy nature at Berkshire Creek in the southwest corner of Hahamongna Watershed Park.

All About Berkshire Creek