Invasive Plants of the Arroyo

Wildlife habitat in the Arroyo Seco is not only impacted by stream channelization and urban development. Invasive plant species, introduced to our region and naturalized in the wild, disrupt the balance of the Arroyo's ecology and degrade treasured natural areas. Below are descriptions of some common invasive plants found in the Arroyo Seco Watershed. The Arroyo Seco Foundation is working to identify, track, and remove these with our volunteers and project partners. 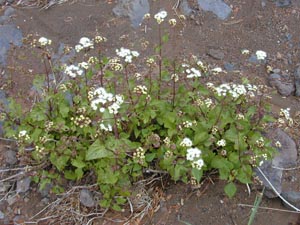 Eupatory invades the Arroyo's soft-bottom stream channels, forming dense patches that push out other species. It is also known as sticky snakeroot for its thick, tangled root mats and rubbery stems. Eupatory was introduced to California as an ornamental and has since escaped cultivation. Clouds of white flowers produce an abundance of seed, which is dispersed by wind, water, soil movement, people and animals. 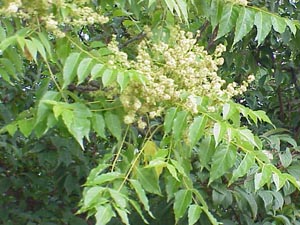 Not to be confused with the native and endangered Southern Calfornia black walnut (Juglans californica), tree of heaven is a tall, spreading plant that has invaded many habitats in the Arroyo Seco. Cutting this tree back encourages vigorous root growth and the expansion of dense stands that crowd out native vegetation. This and its foul smell have earned it another common name: tree of hell. 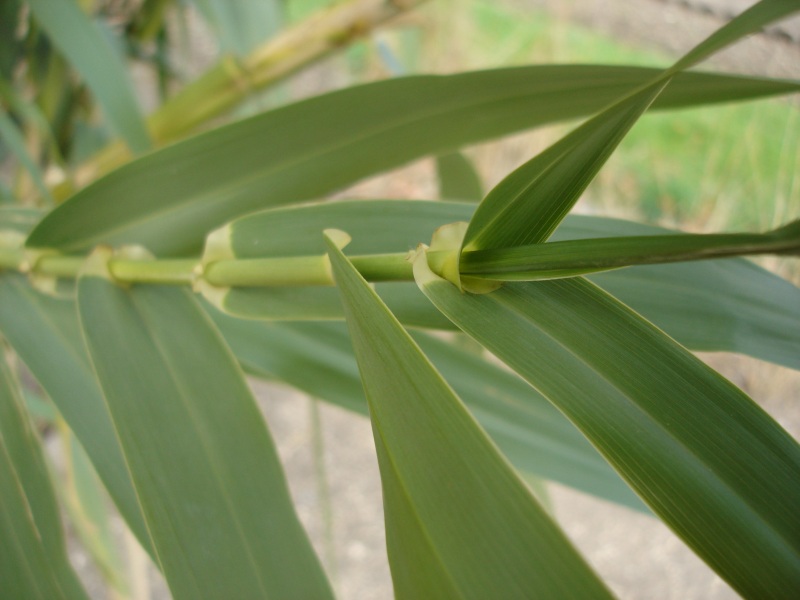 An early European introduction to California, giant reed was initially cultivated for roofing material and fodder. This large cane is often confused with bamboo and forms impenetrable stands in soft-bottom stream channels, as well as hillsides. Giant reed outcompetes native vegetation for water, and its root system erodes stream banks. Pieces of root swept away in the stream's current can establish themselves downstream, spreading the infestation to new areas. This highly invasive species has been the target of many invasive plant removal programs in Southern California. 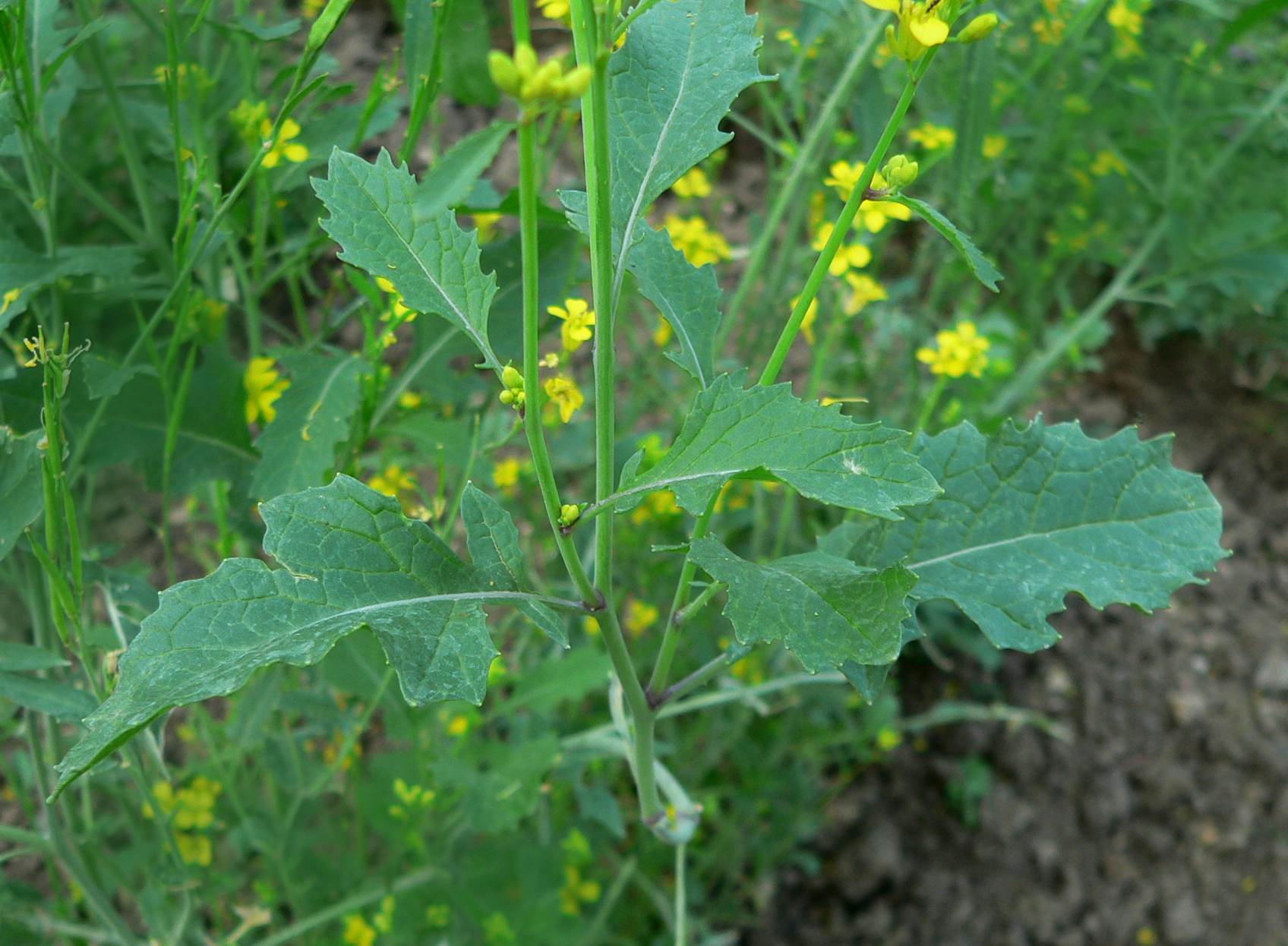 The story goes that Spanish missionaries cast mustard seed on their way across California to mark their way when they returned in spring. Black mustard invades disturbed sites throughout the Arroyo. It is quite noticeable in the southern part of the watershed, where it colors the hills of Northeast Los Angeles yellow every spring. This prolific annual is allelopathic, changing the soil chemistry around it to inhibit the germination of other species. Black mustard invasion can lead to more frequent fires and convert threatened, native ecosystems such as coastal sage scrub and chaparral to annual grasslands. 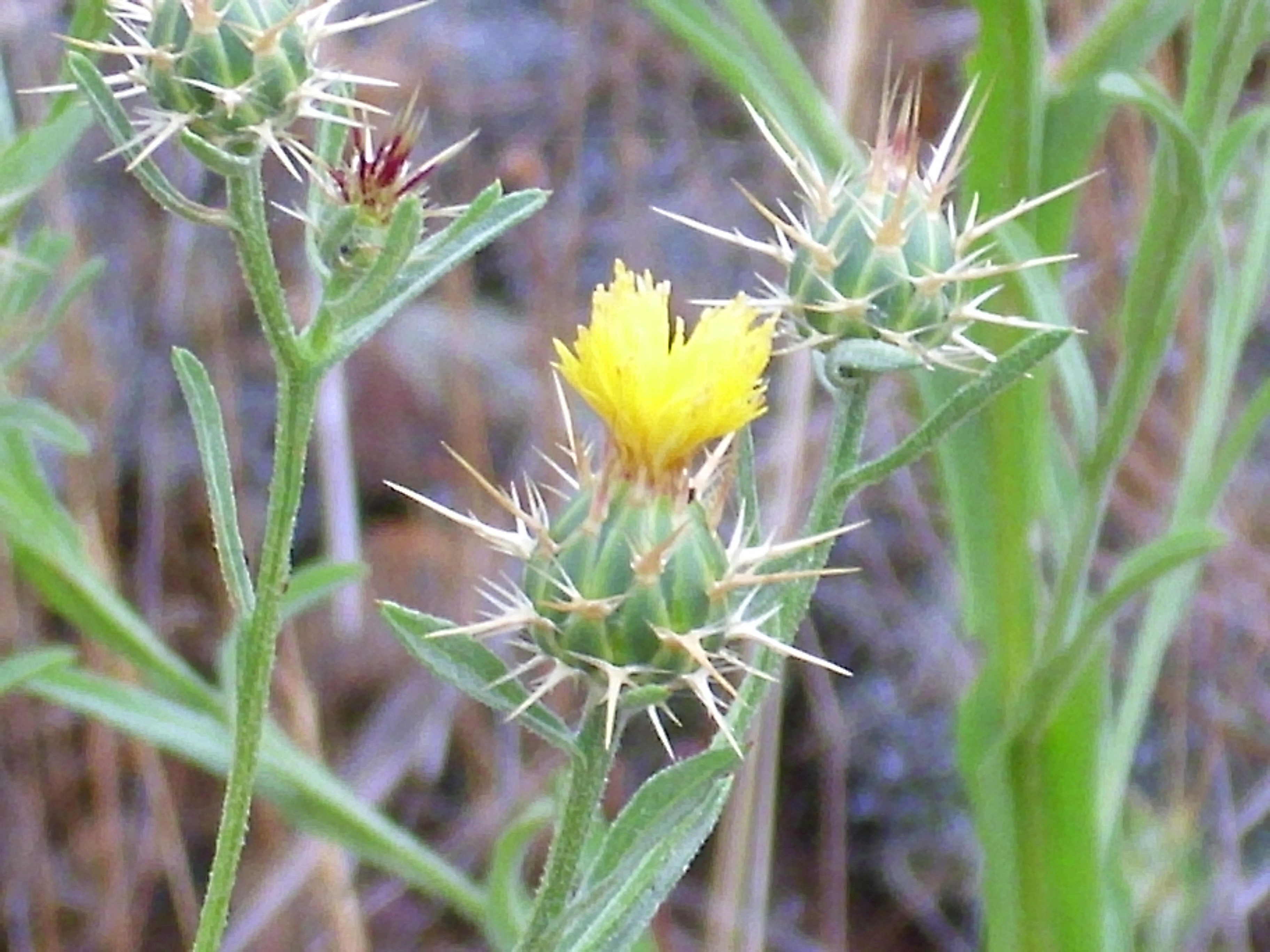 Tocalote is a winter annual with sharp thorns that hikers in the mountainous upper watershed may know all too well. It displaces native plant populations, and as with other Centaurea species, ingestion over time causes Chewing Disease in horses. 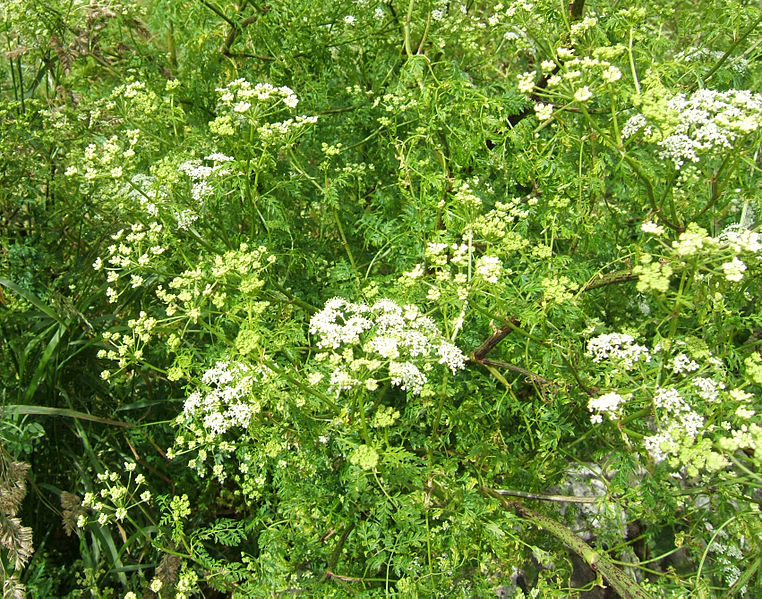 Poison hemlock can commonly be found along Arroyo trails. It is highly competitive with native plants and can dispace them. The lacy leaves bare a strong resemblence to carrot greens, but this plant is severely toxic to people and animals. 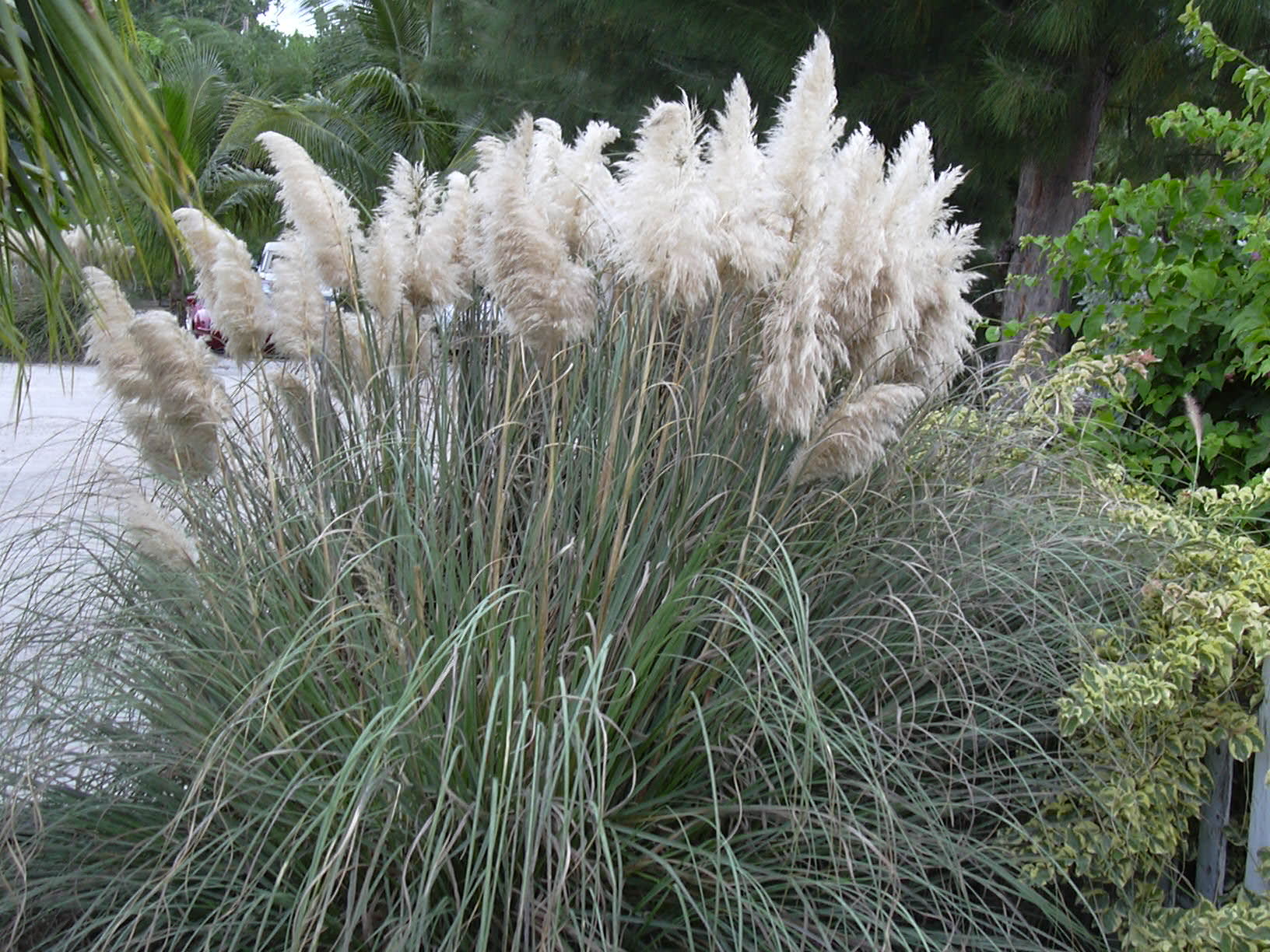 Pampasgrass is a large bunchgrass that was introduced in the 19th century as an ornamental. In 1946, the Soil Conservation Service planted it throughout our region for erosion control and to supplement dryland forage. It has since spread beyond its intended landscapes through vegetative reproduction and the dispersal of large amounts of seed by the wind. It is a particular concern in coastal Southern California, but plants can be found on hillsides along the Arroyo in Pasadena. 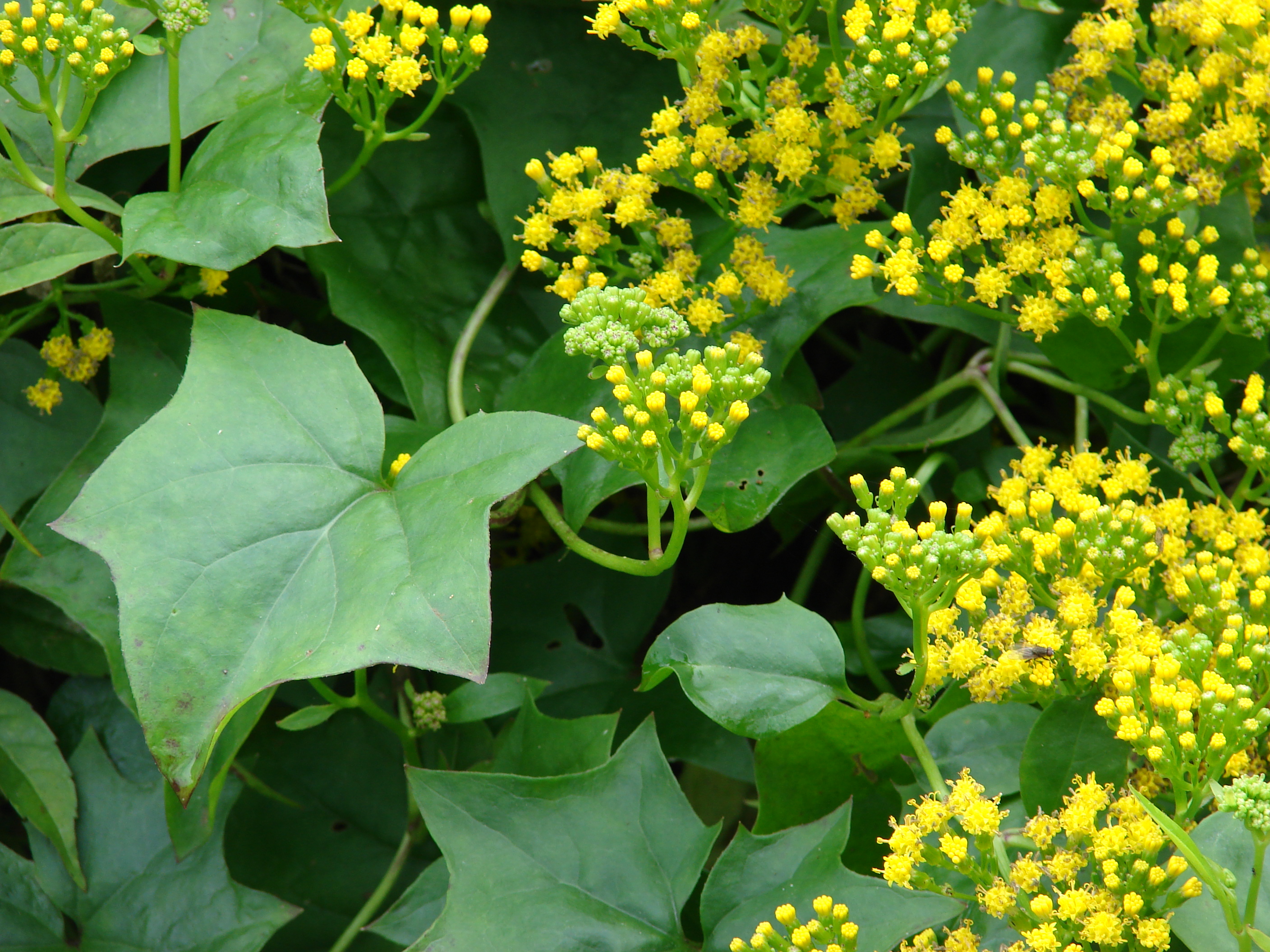 Cape ivy was brought to California in the 1950s as a landscape ornamental. It is a highly invasive branching vine that covers other vegetation. It blocks sunlight and smothers plants, and has been known to pull down trees under its weight. Cape ivy infestation significantly reduces biodiversity, particulary among native annuals. Removal is made challenging since the plant can reproduce vegatatively from almost any part. 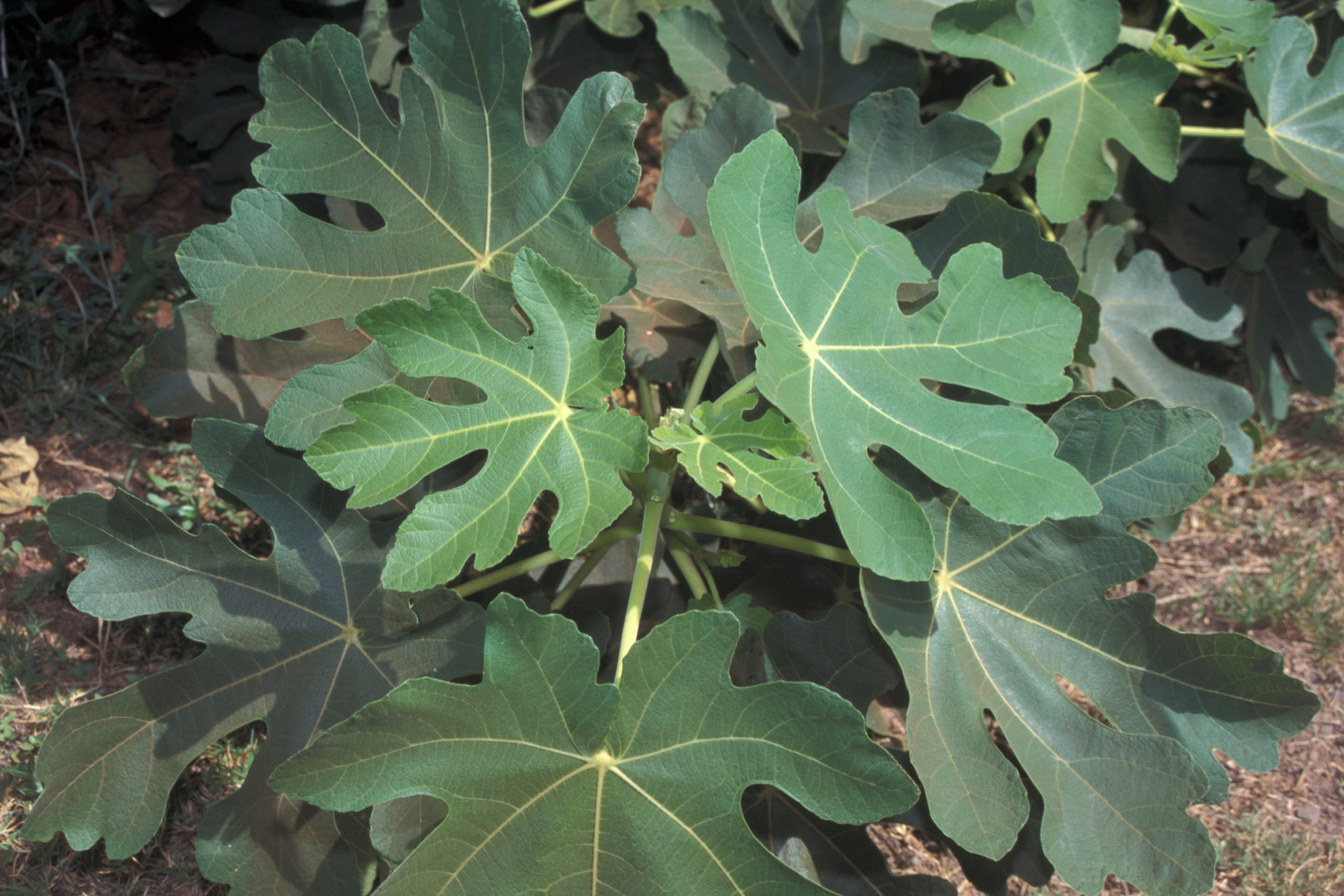 Popularly grown for their fruit, escaped fig trees are not uncommon in the Arroyo's soft bottom stretches. The deeply lobed leaves of this large shrub make it indentifiable from a distance. 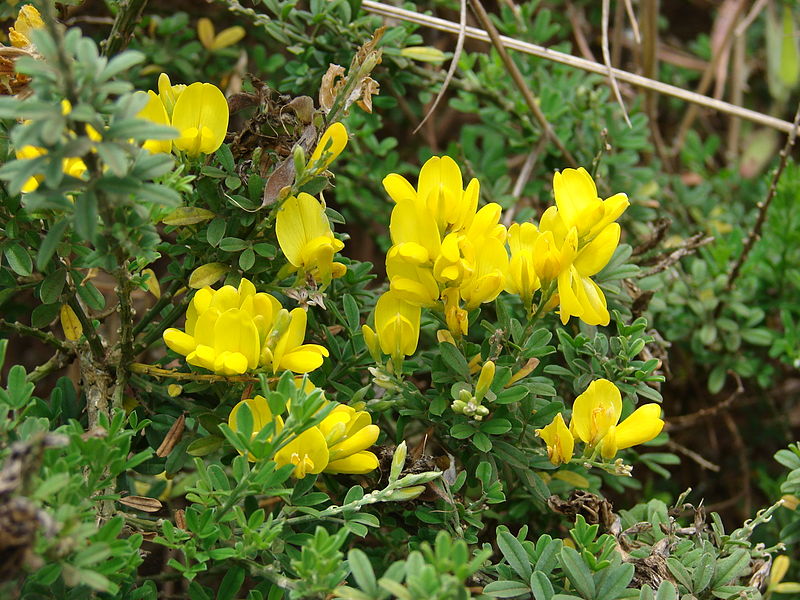 French broom is a tall, upright shrub that was brought to California as a landscape ornmental along with Spanish and Scotch brooms. It produces large amounts of seed and forms dense patches that displace native species and increase fire risk. It can be found along soft-bottom streches of the Arroyo, including Flint Wash, Brookside Park, and the Central Arroyo. 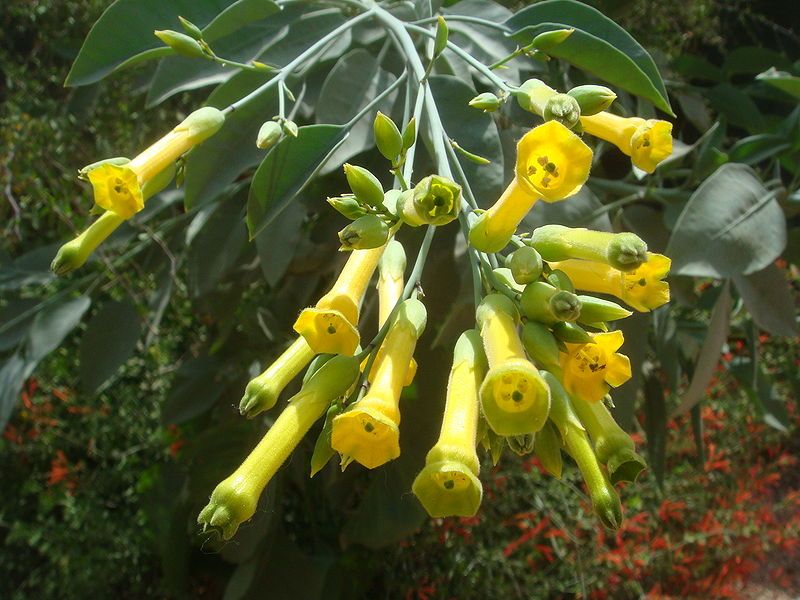 Introduced to California 100 years ago, tree tobacco is commonly found in disturbed sites throughout the Arroyo such as roadsides and streambeds. Presence of the toxic alkaloid anabasine makes ingestion of the leaves potentially fatal. 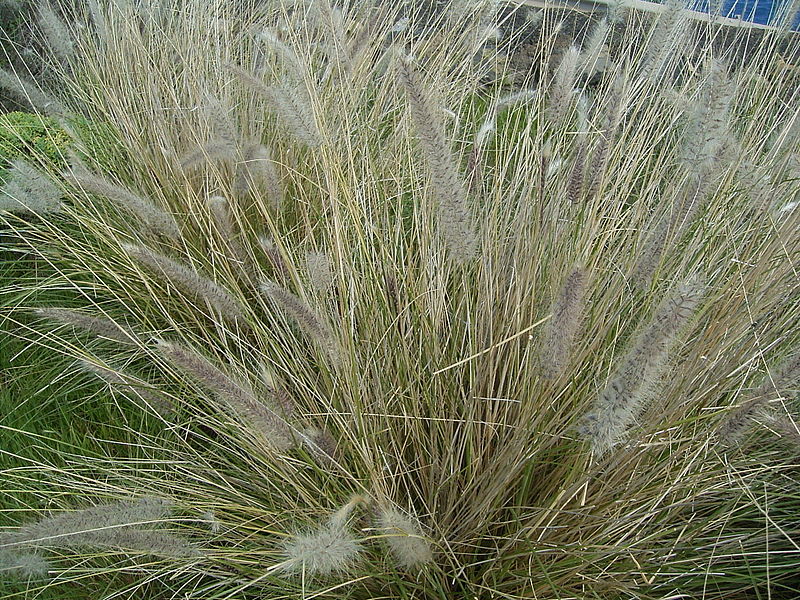 Fountain grass is a popular ornamental. It spreads vigorously and can be found in a variety of disturbed habitats. It is well adapted to fire and will completely take over burnt areas. 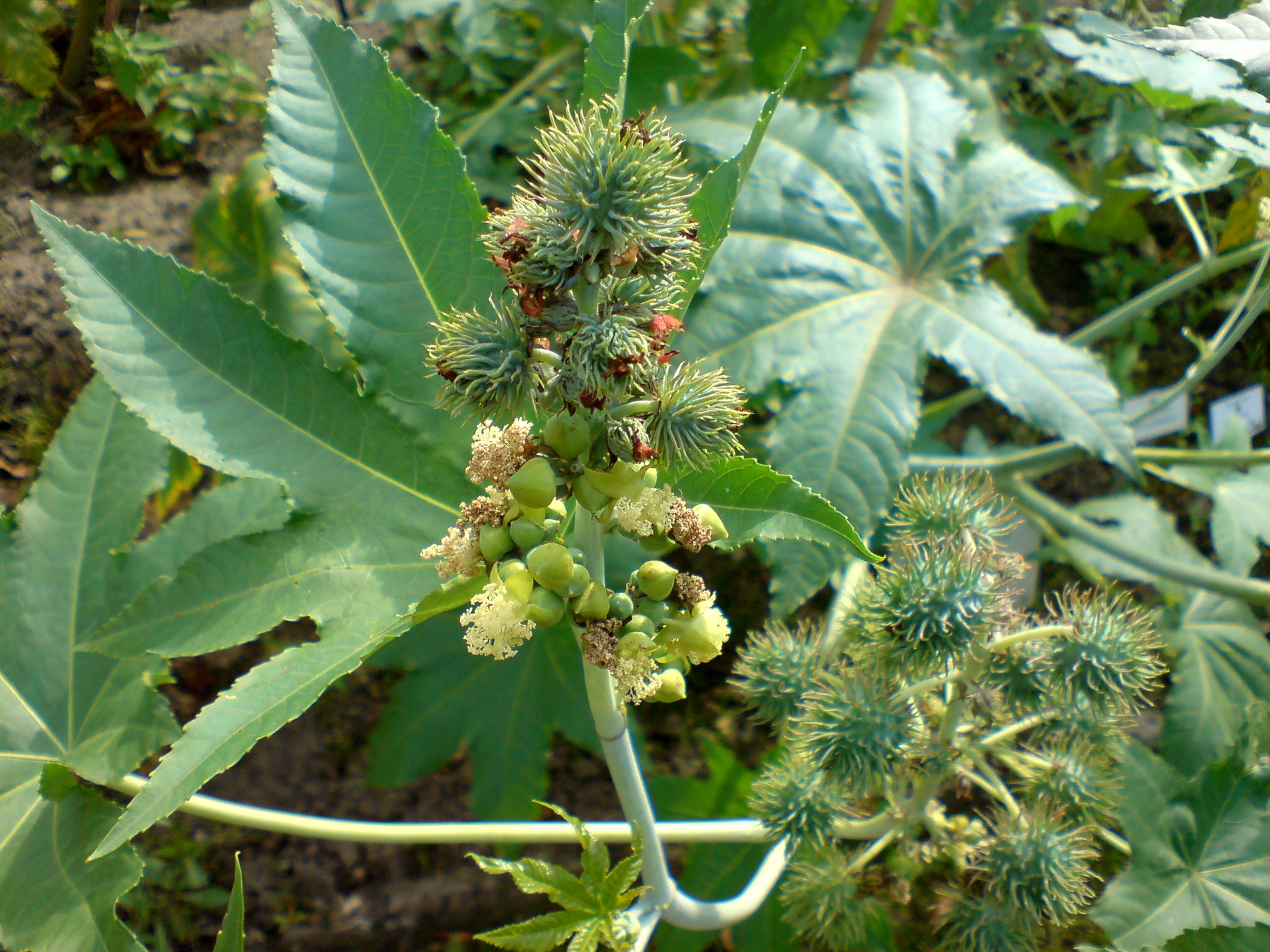 Castorbean, another escaped ornamental, is large shrub that is common on disturbed sites in the Arroyo. The shiny, attractive seeds may be appealing to children, but be careful: high levels of ricin make this plant leathally toxic if ingested, and handling it may cause dermatitis. 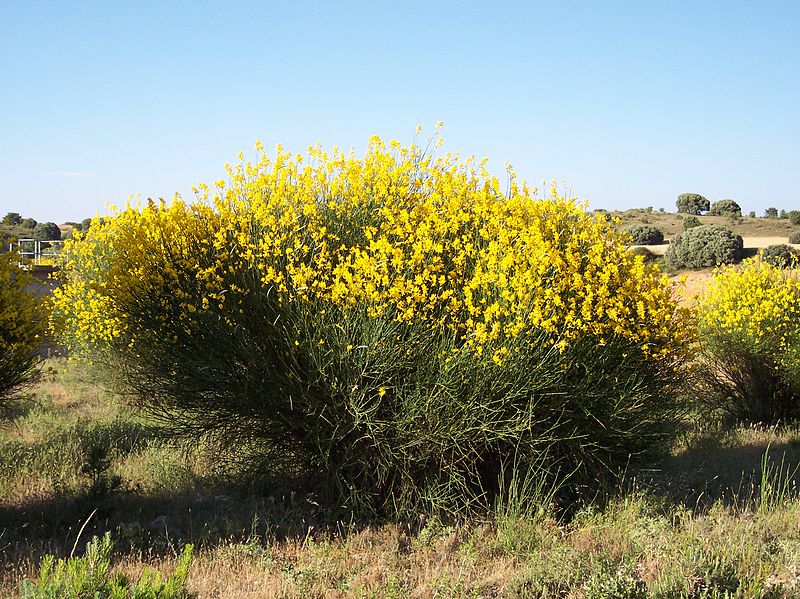 Distinct from other brooms with its rush-like form and large, fragrant flowers, this highly invasive shrub forms stands that displace all other species. From a distance, it may resemble scale broom (Lepidospartum squamatum), a local native species indicative of rare and endangered alluvial fan sage scrub habitat. 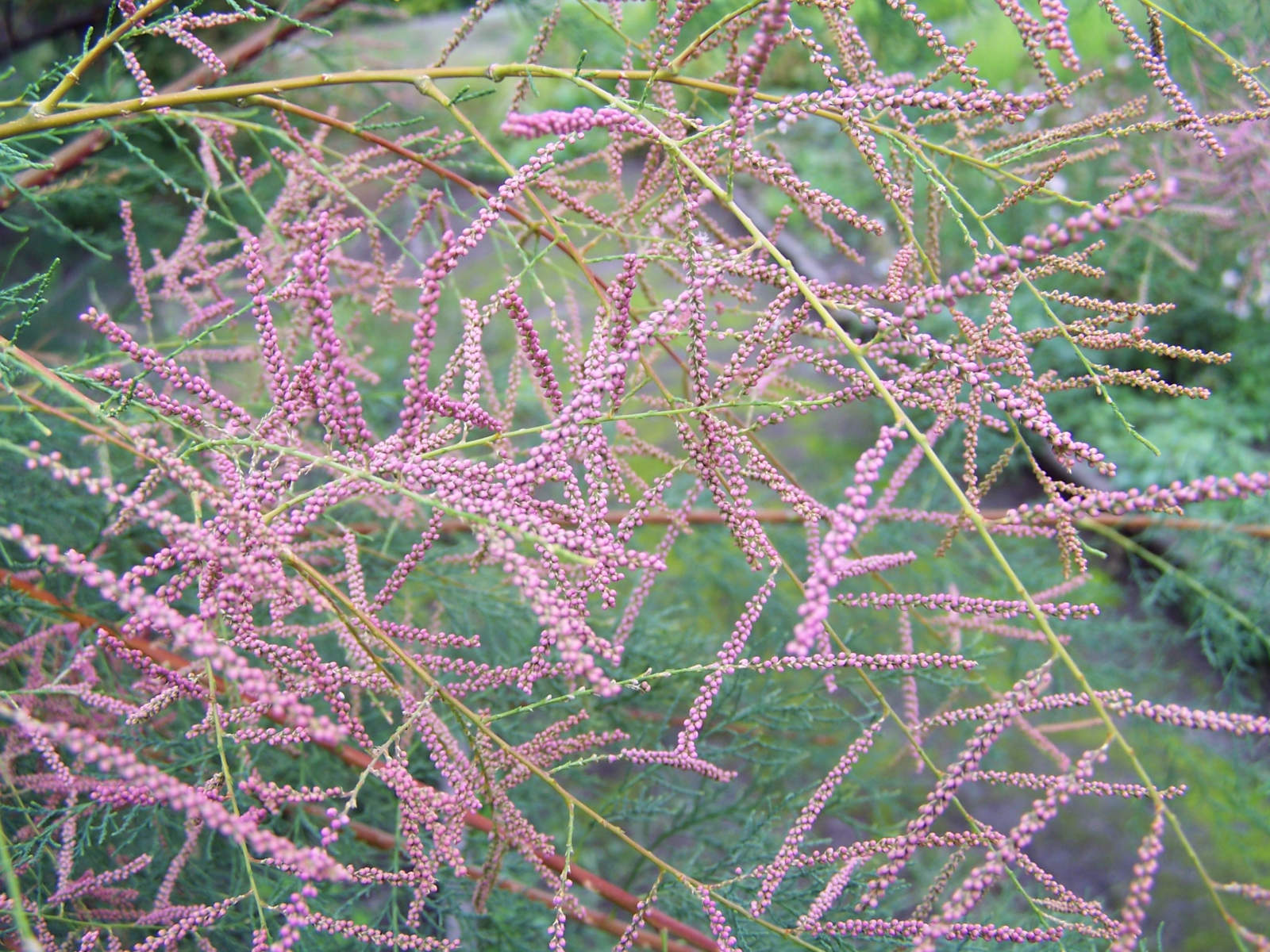 Tamarisk, or saltcedar, is an early European introduction to California. Known to be a particular problem in the desert riparian ecosystems of the Colorado and Mojave Rivers, it has also been found in the upper mountanous canyons of the Arroyo Seco Watershed down into Hahamongna. Saltcedar is known to increase soil salinty around it, and large stands can impact groundwater. 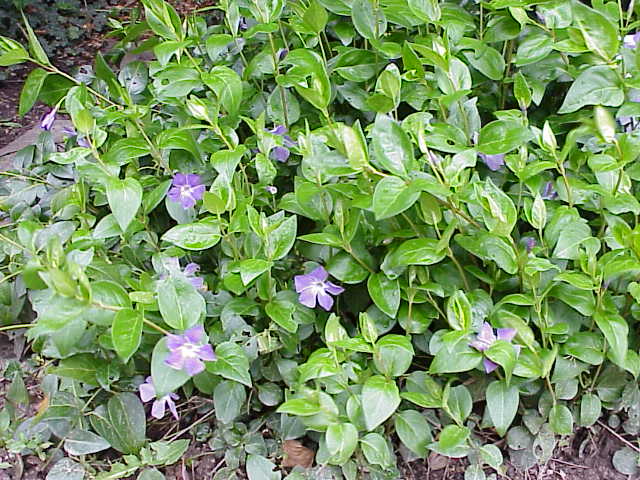 Periwinkle's bright blue flowers make it an attractive groundcover in many gardens. Unfortunately, this sprawling vine will dominate and choke out native vegetation once established in the wild. Vast swaths can be found near soft bottom stretches of the Arroyo, and pieces of vine caught in the current will take root downstream. 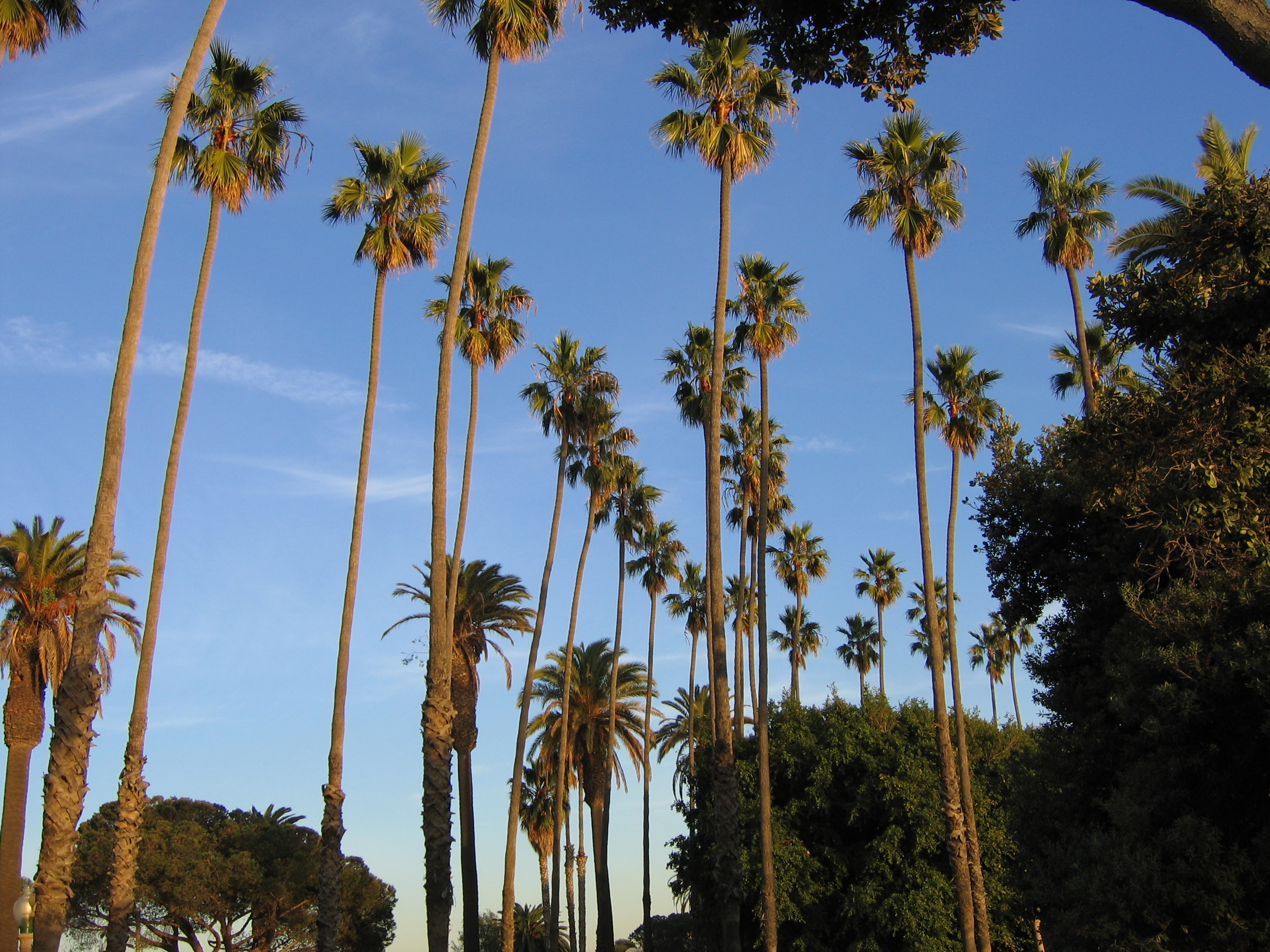 While historically associated with our region, palm trees are in fact not native to coastal Southern California. Stormdrains carry seeds from streets and gardens to streambeds, where they sprout and push out native vegetation. Dead fronds can accumulate and create a fire risk.

How are these plants invasive?

Invasive plants are non-native species that spread beyond their intended area without human assistance and harm native ecosystems. According to the California Invasive Plant Council, "invasive plants displace native plants and wildlife, increase wildfire and flood danger, consume valuable water, degrade recreational opportunities, and destroy productive range and timber lands." The degradation and replacement of one type of habitat with another, a process called type conversion, breaks down key ecological relationships that many forms of wildlife depend on. For example, 90% of insects can only consume specific native plants with which they evolved. Managing invasive species is a critical part of environment stewardship and stream restoration.

How did invasive plants get here?

There are a variety of reasons that invasive plants have been introduced to our region. Some were originally brought here specific purposes, such as soil retention and food for livestock. Others came accidentally, mixed with hay or stuck on other materials brought by newcomers. Many of the invasive plants found in the Arroyo are landscape ornamentals that have spread beyond their intended locations and are now established in natural areas.

What can I do?

One of the most important things you can do is to not plant invasive species. When selecting non-native plants for your garden, consult the resources on this page and confirm that what you want to plant is not likely to invade surrounding wildlands and open space. As a next step, we encourage you to contact your local leaders and let them know that you do not support planting invasive plants in parks and other public spaces.

Other Species of Local Concern