Get the Full Story with the Council on Watershed Health's ArcGIS StoryMap!

Bringing Native Fish Back to the Los Angeles River

Did you ever wonder what happened to the native fish in the Los Angeles River? Or whether any of them could survive in the river today?

After the construction of Devil's Gate Dam in 1920, steelhead could no longer reach the cold waters of the upper mountain watershed of the Arroyo Seco to spawn, and the subsequent concretization of the Arroyo Seco stream and the Los Angeles River made return basically impossible. 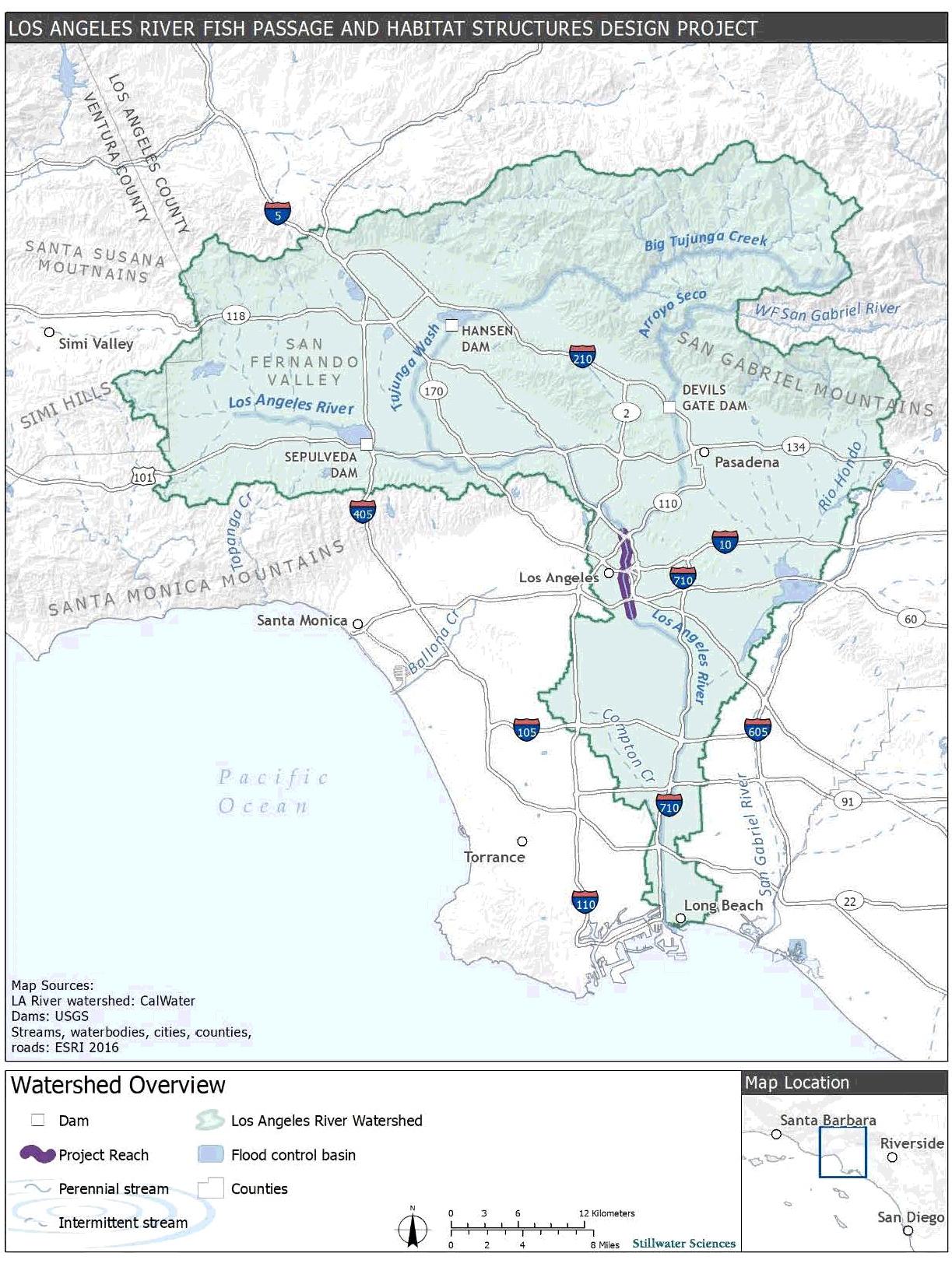 Now one hundred years later there may be hope that we can bring some of the trout and native fish back to the river. The Los Angeles River Fish Passage and Habitat Structures Design (LARFPHSD) project, currently underway, is exploring how to design stream improvements that will provide good habitat and conditions for steelhead trout and other native fish in a 4.8-mile stretch of the LA River near downtown LA. The project objective is to enhance native fish habitat linkages and migration corridors to the more natural sections of the river and to the upper tributaries. The proposed construction will involve cutting and modifying the concrete channel that now lines the river to enhance habitat and migration corridors for native fish while maintaining flood management capacity.

Besides reducing or eliminating detrimental conditions for steelhead trout and other native fish, LARFPHS will also address watershed-wide data gaps and opportunities to promote future projects and address other limiting factors to steelhead recovery from coast to crest.

In addition to the improvements in the river through downtown LA, the tributaries that link the river to the San Gabriel Mountains will eventually be key, particularly the Arroyo Seco and Tujunga Canyon. The Arroyo Seco is the first stream on the LA River system where steelhead can be reestablished because of its historic steelhead run and because it is the first major stream on that river to reach up to the mountains and the cold water and habitat the steelhead need for spawning. Further north, Tujunga Canyon also provides favorable conditions.

The fish passage program is sponsored by the Council on Watershed Health and has the support of key governmental agencies like the City of LA, the Bureau of Reclamation, CA Wildlife Conservaton Board and of environmental groups like Friends of the Los Angeles River and the Arroyo Seco Foundation.