August is a slow time in most nurseries. Nursery tenders just try to give plants a bit of shade and enough water to stay properly hydrated. But not at the Hahamongna Nursery. Nick Hummingbird and ASF's erstwhile crew of volunteers have been collecting seeds and cuttings and planting them in flats and pots to get ready for the big habitat restoration program that is a central feature of the Arroyo Seco Canyon Project. 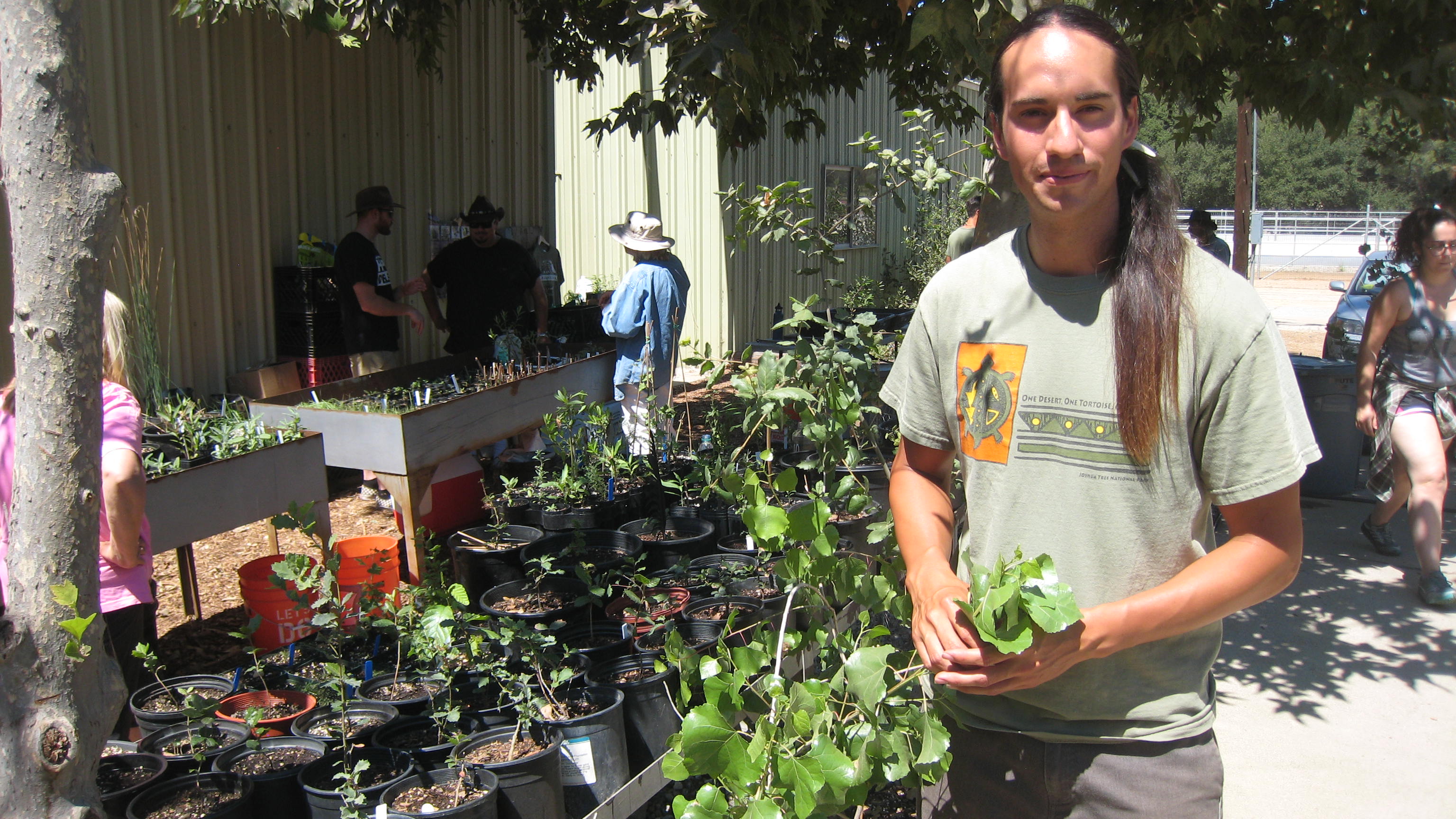 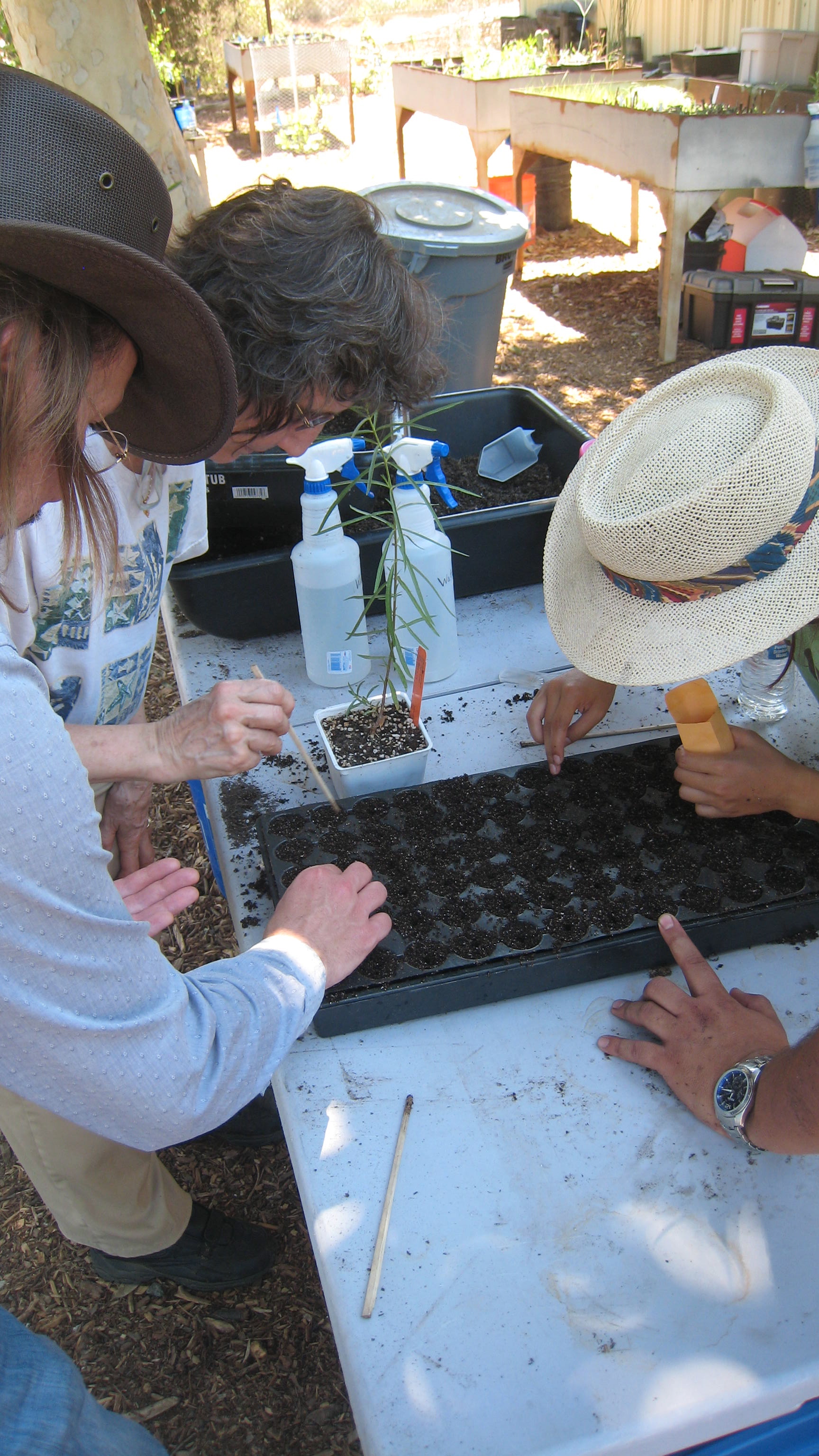 Hahamongna Nursery now has 48 native species under cultivation. Seeds are the best way to propagate many of the plants. Here volunteers are carefully planting seeds into pots to get them started. 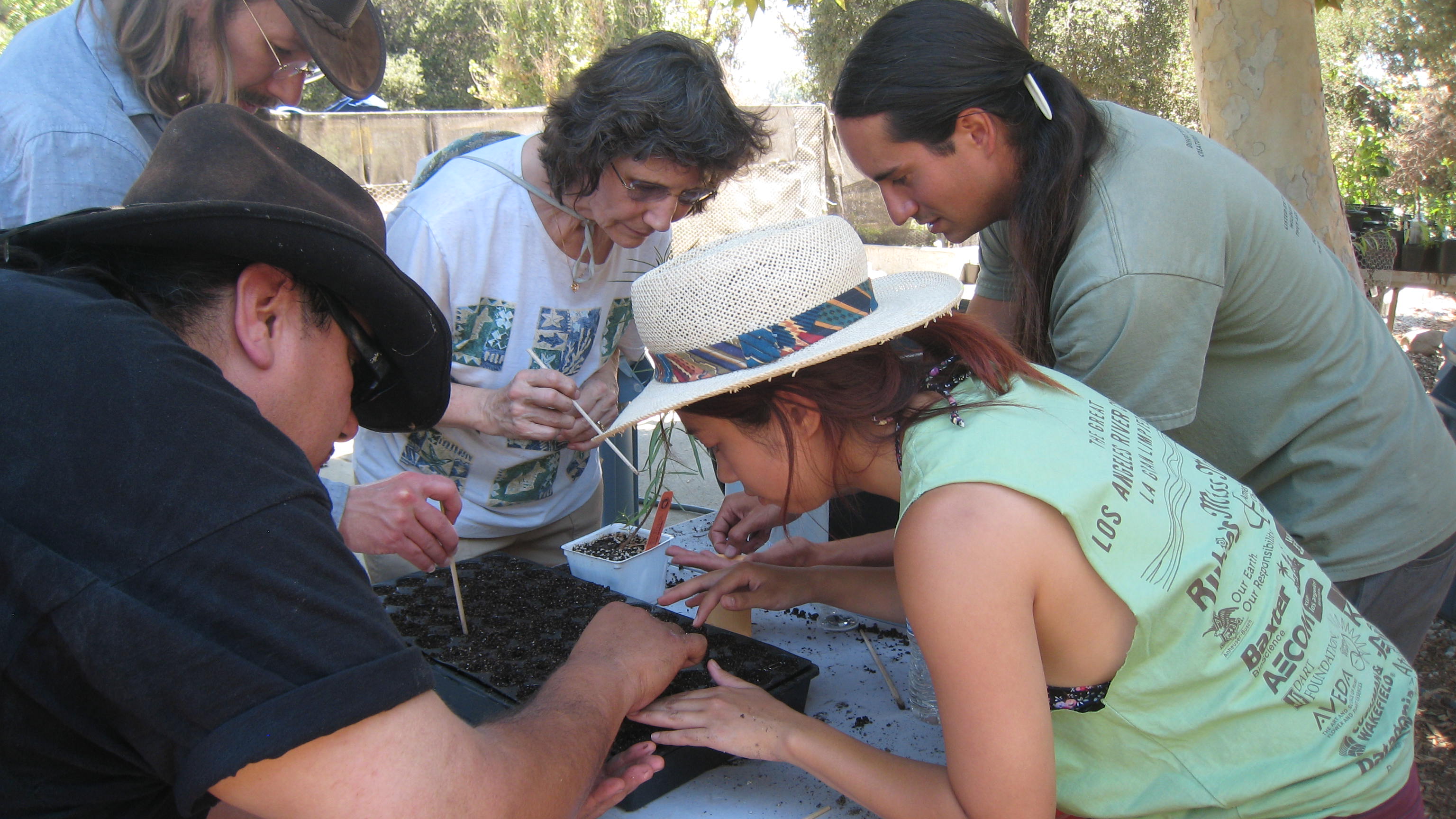 Nick is a great teacher, explaining patiently the tricks of seed progatation and the special character of the plants involved. 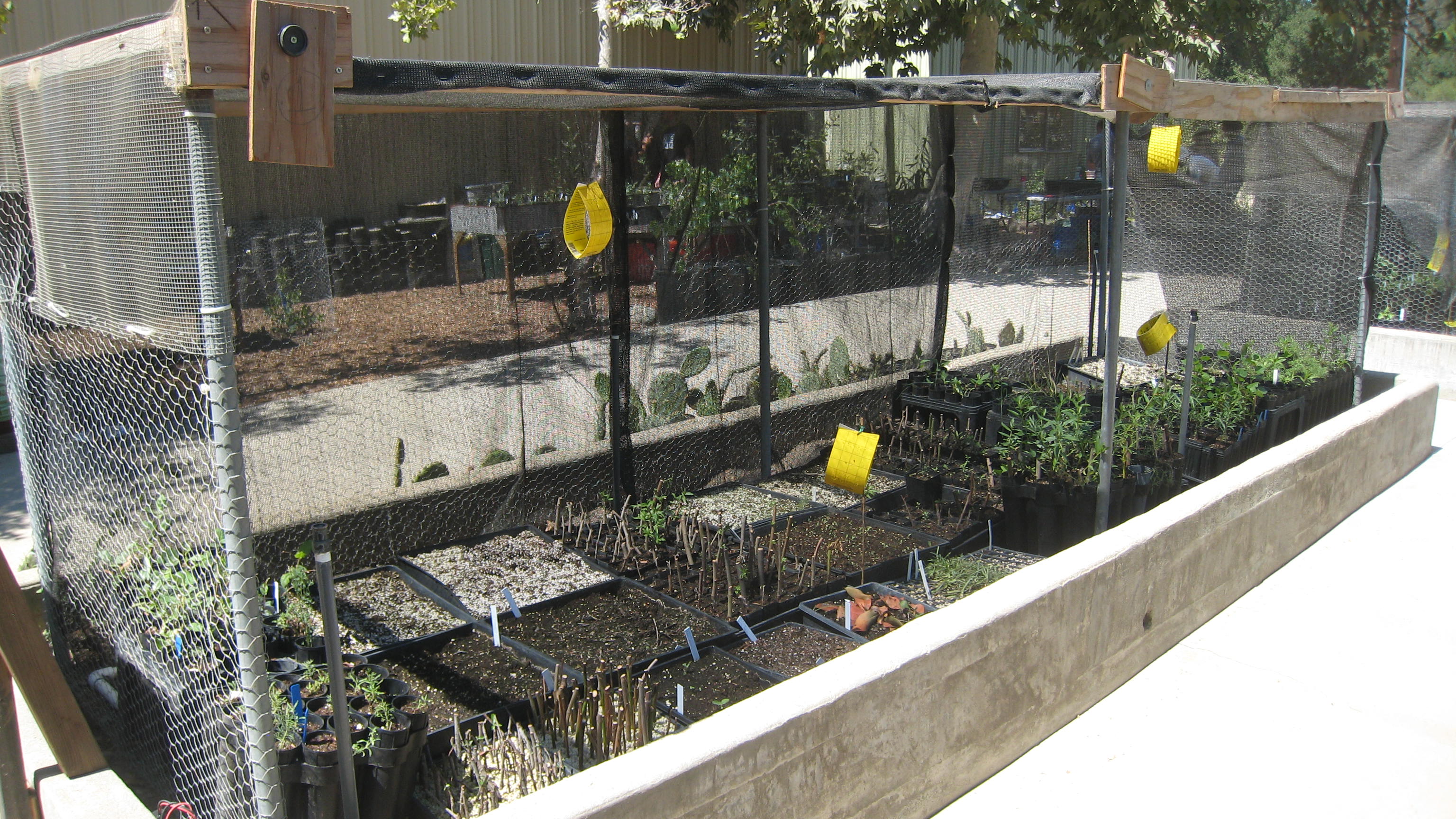 The nursery beds are quickly filling up the the trees and plants that will be used to restore the Arroyo Seco stream zone half a mile up into the Canyon beyond the JPL bridge. 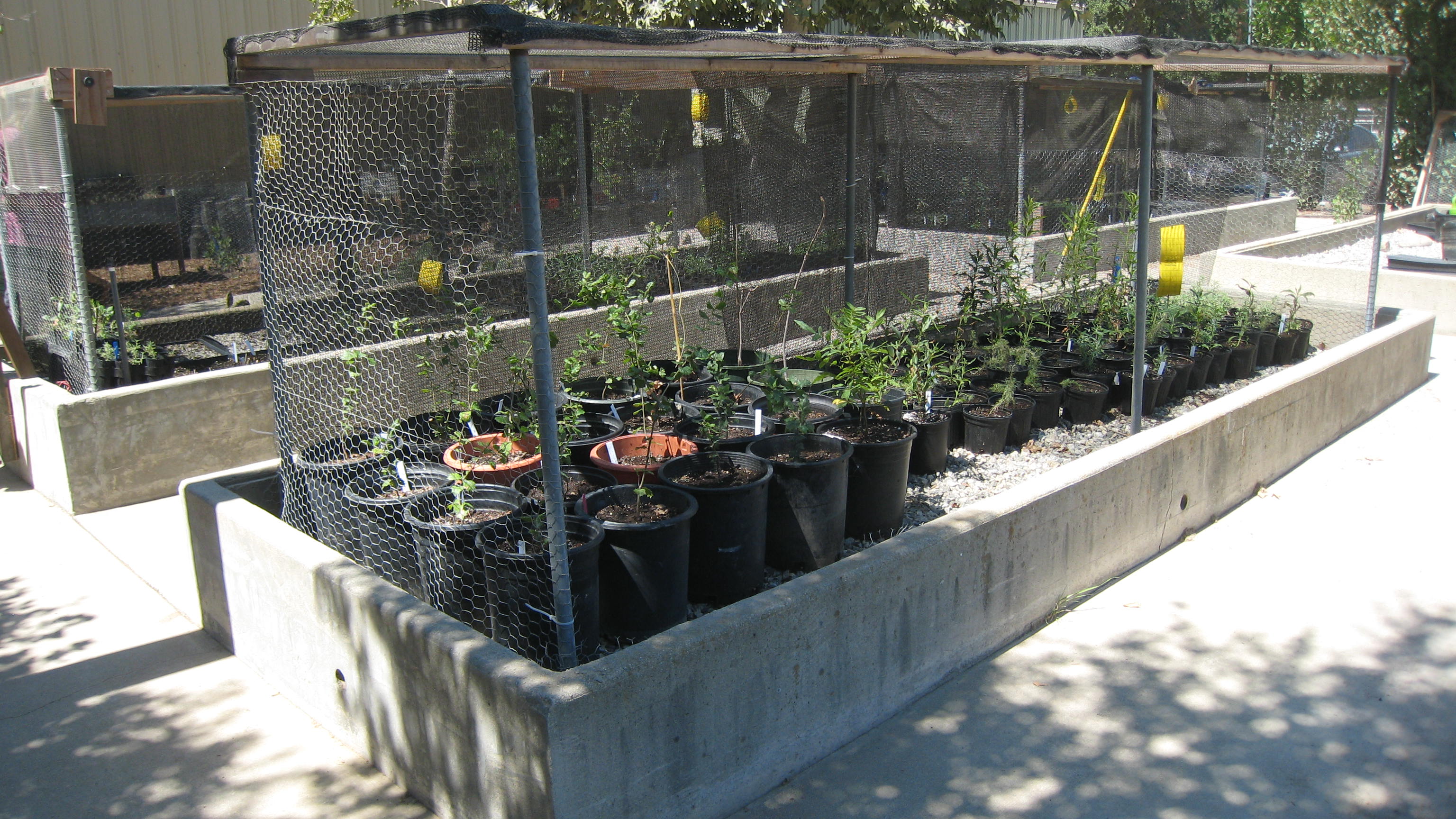 Here are some of the local oaks (quercus agrifolia) that are now in five gallon pots for eventual planting. 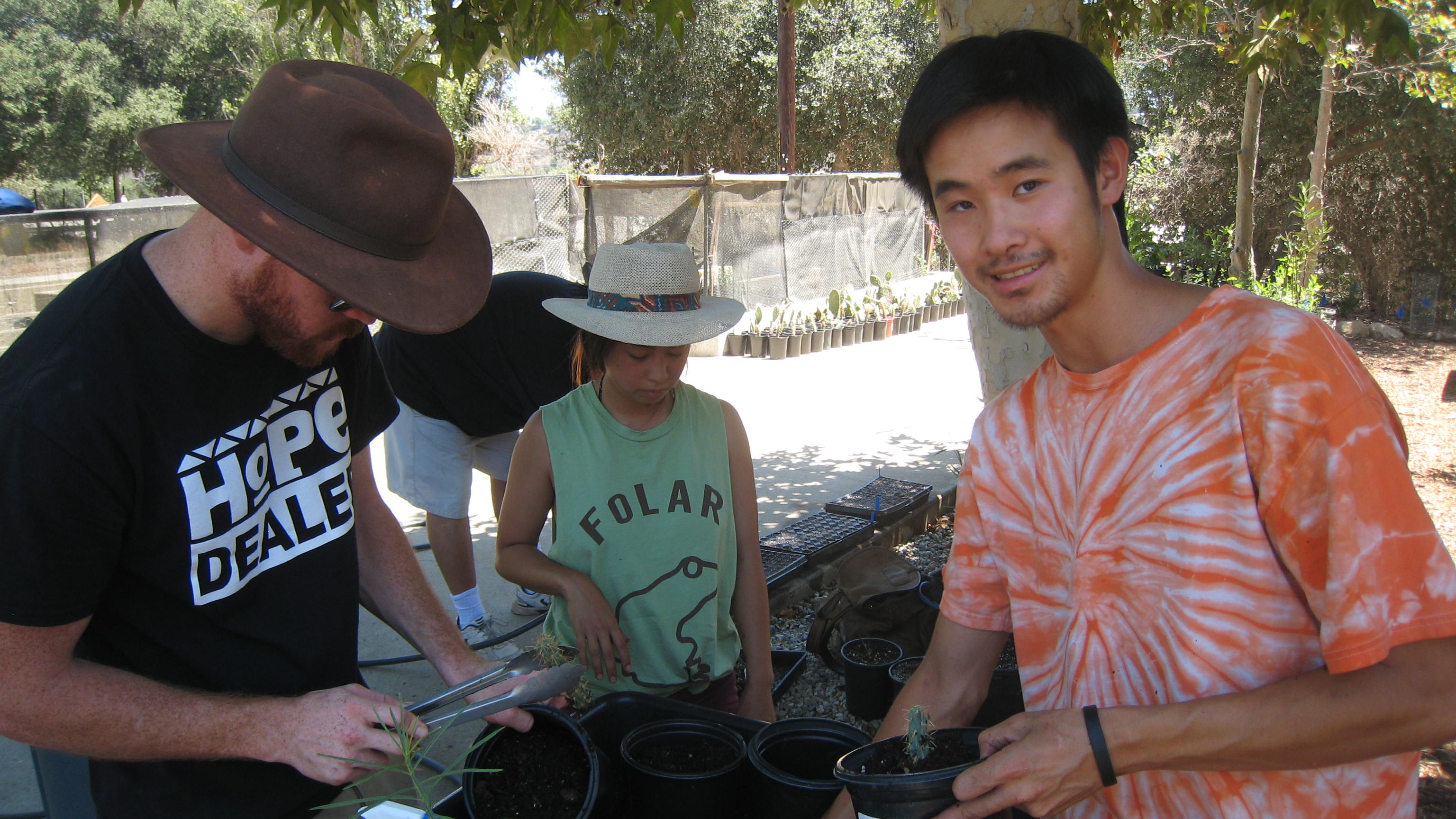 Clem Tsang shows off a cholla plant that he has potted. Be careful of those stickers! 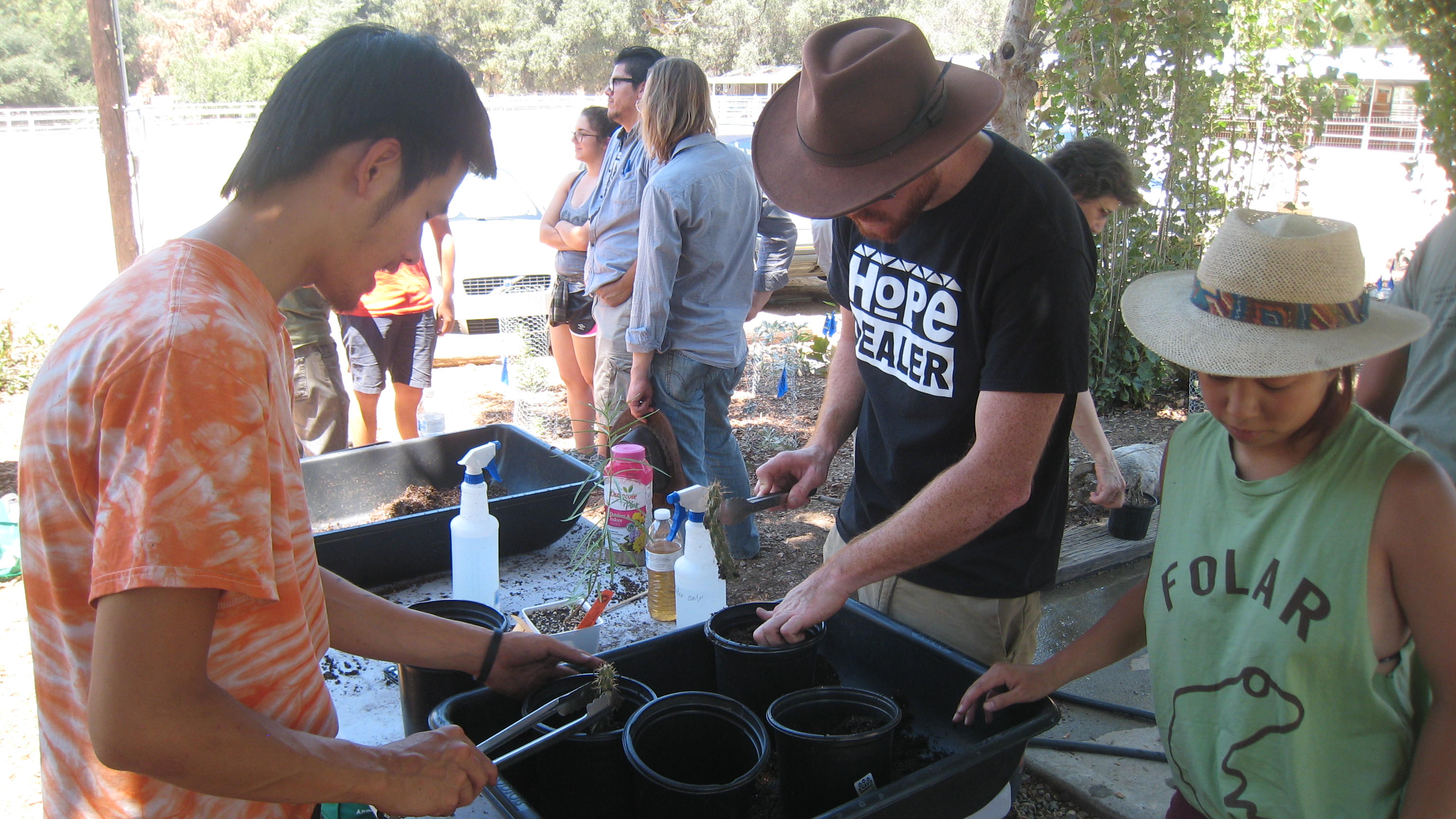 Here's the volunteer crew planting more chollas for the Arroyo. 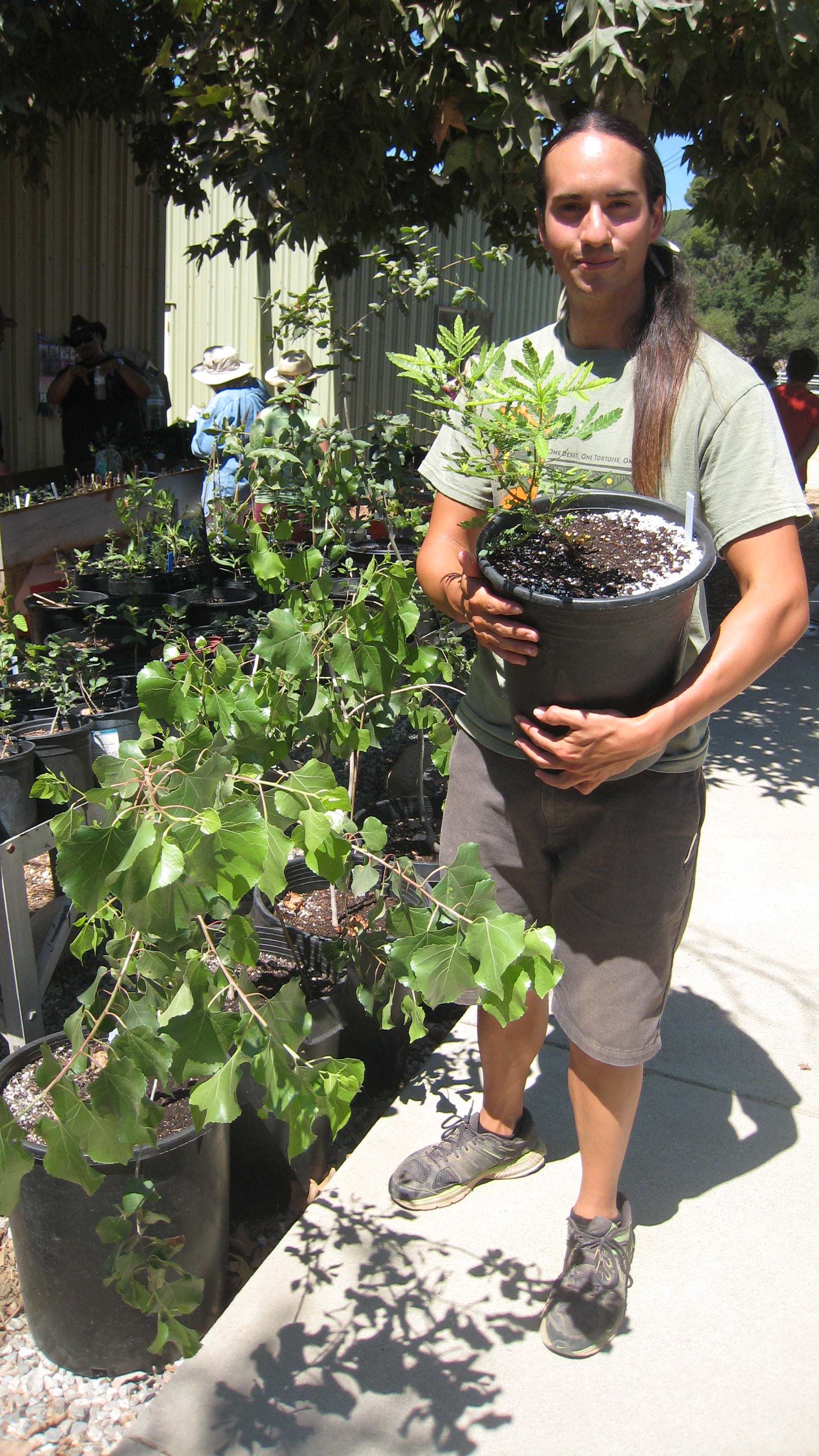 Nursery Manager Nick invites anyone who's interested to get involved. Send him an email at nick@arroyoseco.org. He will let you know when the next volunteer session is. Then come on up to the nursery on the back of the old US Forest Service station that is now part of the Hahamongna Annex just south of JPL. You will have fun and learn a lot! It's very fulfilling.

All of the plants grown in our nursery are native species collected from Hahamongna and adjacent wilderness areas. Below are some of the species that we are growing.

Click here for directions to the nursery site from the park entrance. 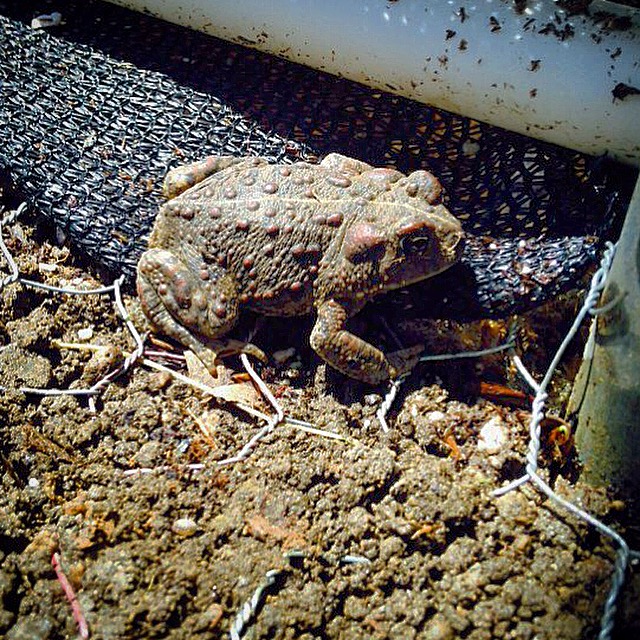 California toad found living in one of the beds.