Recreation in the Arroyo Seco

Current types of recreation in the Arroyo Seco Watershed are many and varied. A partial list of the types of activities available includes: 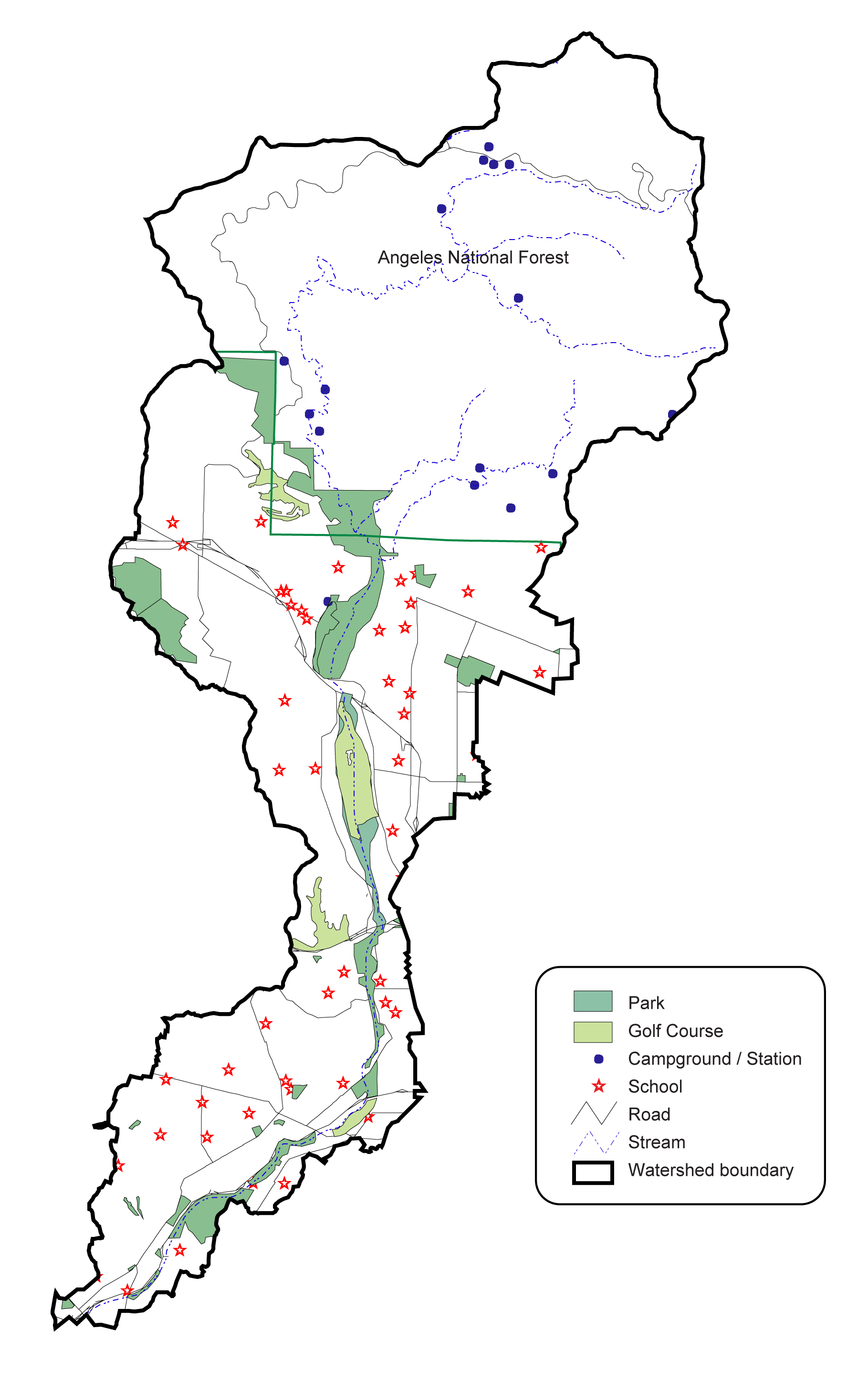 The plan has four objectives to improve recreational opportunities. They are:

Ideally, trails and open space in the watershed would connect to and between adjacent natural and recreational areas, including the Rim of the Valley Trail, the Los Angeles River Greenway, Elysian Park, the San Rafael Hills, the Ascot Hills, the Monterey Hills, the Montecito Hills, Cultural Attractions throughout the watershed, Elyria Canyon, Rainbow Canyon, and Occidental College in Eagle Rock. A connection to the Los Angeles River Greenway would improve coastal access from the watershed. Pedestrian and bicycle routes would ideally be planned to connect to Gold Line stations.

In recent years, the Arroyo Seco Foundations has proposed a plan to integrate the many parks and open spaces into a continuous stream and habitat corridor. Arroyo River Parks is proposed as a template for integrating the multiple benefits and purposes of the Arroyo Seco into a renewed vibrant corridor.