August 14, 2017 —Hahamongna watchers have been wondering for a long time why the County Flood Control would not share their plans for the mitigation program for their proposed Big Program in Hahamongna. Their EIR, released four years ago, should have detailed it, but it just included vague promises. Then Judge Chalfant let the Flood Control District off the hook in the ASF/Pasadena Audubon lawsuit. Ever since then the County officials have been secretive about their plans. "We've got a great plan," they kept telling anyone who would ask, but they wouldn't show it.

It wasn't until the US Army Corps released their notice of the Flood Control's permit that it became clear why the County has been keeping their plan so carefully under wraps. A large part of the Flood Control District's mitigation program for the Devil's Gate Dam Sediment Removal Proggram in Pasadena will occur sixty miles away on the other side of the San Gabriel Mountains in the Antelope Valley. 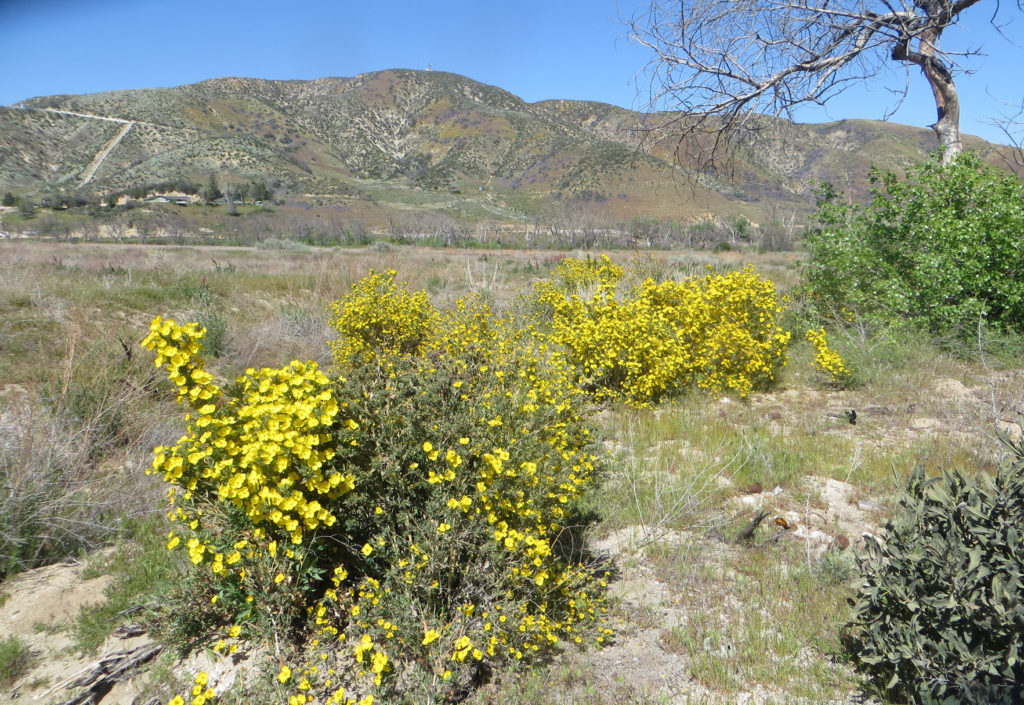 The Flood Control District intends to buy into the Peterson Ranch Mitigation Bank in Leona Valley near Quartz Hill to upgrade 35 acres of habitat on the western edge of the Mojave Desert.

The Corps notice indicates that offsite mitigation is required by Corps regulations because of the probability that future storms and floods will destroy on-site habitat mitigation in Hahamongna itself.

The selection of the Peterson Ranch Mitigation Bank is highly objectionable. It is sixty miles away on the Santa Clara River watershed, in a remote, near-desert region, on the other side of the San Gabriel Mountains in a location that does not have the right kind of habitat to compensate for destruction of habitat for the least Bell's vireo and other riparian and alluvial sage scrub species found in Hahamongna Watershed Park. It is in a different watershed, a different climatic zone with different vegetative communities. It might as well be in Montana.

The only relevant connection is that the Peterson Ranch site and Hahamongna Watershed Park are both in Supervisor Kathryn Barger's Fifth Supervisorial District.

The purpose of mitigation, in a case such as this, is to repair the damange caused by the project involved. Mitigation, as much as possible, should occur on-site or nearby in the Hahamongna region to ensure that the damage done to the rare alluvial canyon near a densely populated urban center will be compensated for locally.

What is the Flood Control District's commitment to long-term habitat and wildlife protection in Hahamongna?

This is the map of the "service area" of the Petersen Mitigation Bank.
Note the convenient little tail stretching down into Hahamongna.