October 9 2014 - Release of the Initial Study / Mitigated Negative Declaration for the project. This will open the period for public comment prior to adoption of the IS/MND and pursuit of permits.

October 9 - November 8 2014 - Period for official public comments on the Initial Study / Mitigated Negative Declaration for the project. Please contact us with any questions you may have or during this period.

October 2014 - Propagation will begin at the new nursery site in Hahamongna Watershed Park to produce plants for the restoration area and additional planting areas including the parking lot.

Spring 2015 - Groundbreaking of the Arroyo Seco Canyon Project. This festive event will feature tree plantings, walkthroughs and presentations by Pasadena officials and representatives of the Arroyo Seco Foundation. Initial construction is anticipated to begin around the spreading basins and the current JPL parking lot. Construction upstream will begin a few months later. 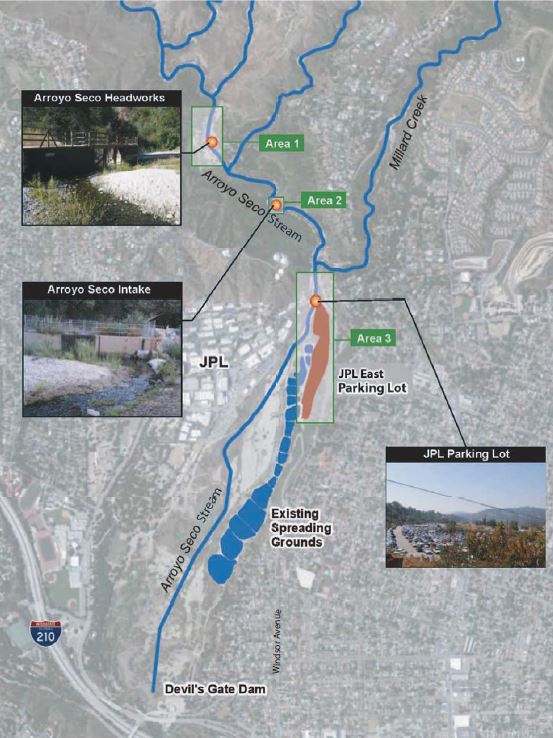