Water quality within the Arroyo Seco is heavily impacted by pollutants contributed from the highly urbanized environment through which it flows. The removal of riparian vegetation in the Central Arroyo Seco has significantly impacted wildlife and plant diversity. Urban development and exotic plant species have replaced native vegetation below the dam. The riparian habitat within the watershed has been reduced to 15% of historical cover due to encroachment by urban land uses.

CASRP, which was completed in the summer of 2008, has five major components:

The ASF, working with the City of Pasadena, developed this watershed management implementation program to build on previous watershed and water quality planning efforts including the U.S. Army Corps of Engineers Arroyo Seco Watershed Restoration Feasibility Study and the City of Pasadenas Arroyo Seco Master Plan and Program Environmental Impact Report (EIR). Coordination with regulatory agencies and watershed stakeholders resulted in the design of the project.

In late 2006, ASF, in coordination with the City of Pasadena, applied for and received grant funding in the amount of $1.93 million from the State Water Resource Control Board. The City of Pasadena provided match funding of $643,000 for the project. ASF retained Camp Dresser & McKee Inc. (CDM), which helped shape the proposal, to design and assist with implementing the goals of the program. Working on a tight schedule, ASF and CDM deliverd this exciting project on time and within budget.

CASRP include extensive community outreach and the development of video, A River Comes Alives, which is available from ASF.

A River's Journey to Rebirth

The Story of the Central Arroyo Stream Restoration Project 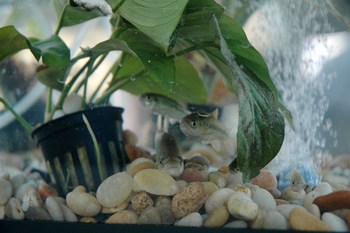 The native Arroyo Chub are now swimming in the Arroyo Seco again.

Bringing the Chub Back Home to the Arroyo Seco (Slide Show)

Fish Restoration in the Arroyo Seco