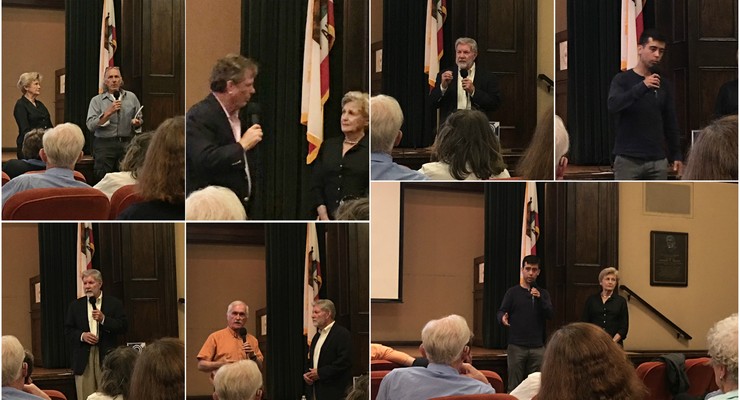 This is a summary of comments from the public after the presentation about the recommendations of the Arroyo Advisory Group. Christle Balvin facilitated the discussion.

I like very much the recommendations, especially: 1) The Native American Cultural Recognition; 2) The natural restoration of trails; and 3) The naturalization of the Rose Bowl Golf Course. I would add a historical component going from Mount Wilson to JPL to early rocket experimentation. That is a thread of scientific research. This would link the Arroyo to the scientific community -- from the heavens to the sea.

I'm all for natives but I'm also a fan of shade and large established trees. Years ago, hundreds of non-native large trees were cut out of the Arroyo. It felt like a very large waste of money. I'm sure it cost thousands of dollars and wasted the valuable hours of manpower and resources that would have been better used on maintenance. The new trees that were planted take years to become large and sometimes don't succeed at all. So I'm not in favor of spending any money on cutting out large trees, even if they are not native. There are so many bigger and more impactful ways to spend money.

As we consider costs of and revenues from current (and possibly future) Arroyo users, let me emphasize something obvious. We must consider the opportunity costs of keeping or having these users in the Arroyo. What is the total value of natural habitat and income that the cities and then the public are not receiving because of the occupation and use of the Arroyo by these users?