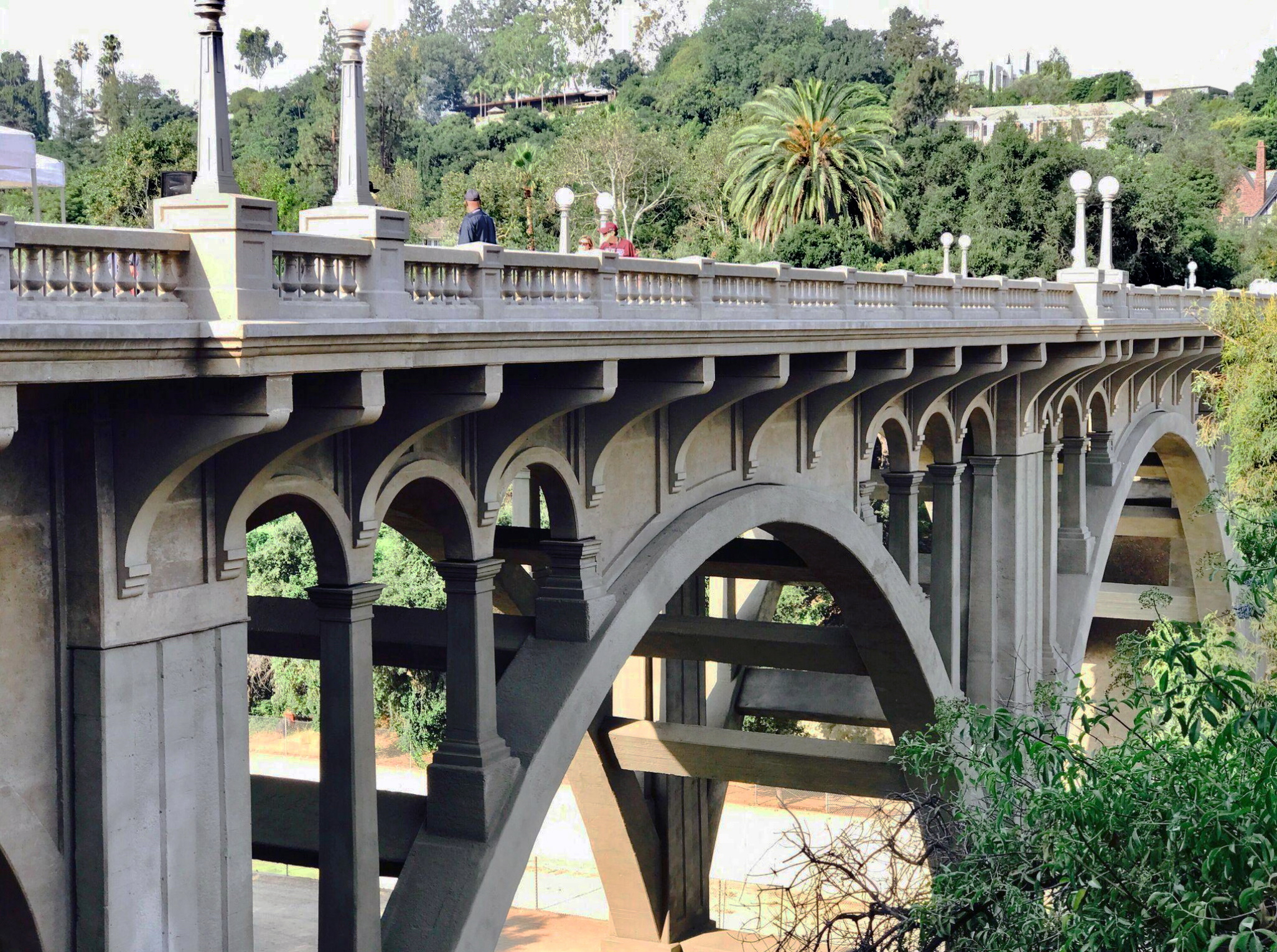 Two years ago the La Loma Bridge in Pasadena's Lower Arroyo was rehabilitated and renamed the John K. Van de Kamp Bridge. The construction job was an important architectural preservation project, but it did not include the restoration of plants and habitats in the Lower Arroyo nature preserve near the bridge.

Now Pasadena Public Works Department is coming forward with a program that will provide for habitat restoration in the vicinity of the Van de Kamp Bridge. The Van de Kamp project will enhance, conserve, and restore the native plant community through the removal of non-native plant species and the planting of native trees and understory.

Now some local residents have come forward to complain that they were not properly informed of the project and that they are uncomfortable with the removal of non-native plants and trees in the area.

We hope this page will give people the information they need to make informed decisions about the habitat restoration project and the future of the Lower Arroyo.

The Lower Arroyo Is a Nature Preserve

The Lower Arroyo Seco is a nature preserve as defined by the Arroyo Seco Public Lands Ordinance, which reflects the city's policy to protect and enhance the natural character of the Arroyo. "Planting shall be limited to native plants," the ordinance states, "that may be planted with material appropriate to the Arroyo Seco and the semi-arid South California climate."

The Van de Kamp restoration program is not a landscaping program for a standard urban park. It is a habitat restoration program that is intended to protect nature and upgrade the quality of plants there. Habitat restoration is a science that consists of grouping appropriate trees and shrubs in zones that will enhance the natural character and functions of special environmental regions. It has tremendous benefits for the ecosystem health of the area affected, for the birds, wildlife and people.

Non-native Trees to be Removed

13 snags and grasses as well as 48 other non-native will also be removed. 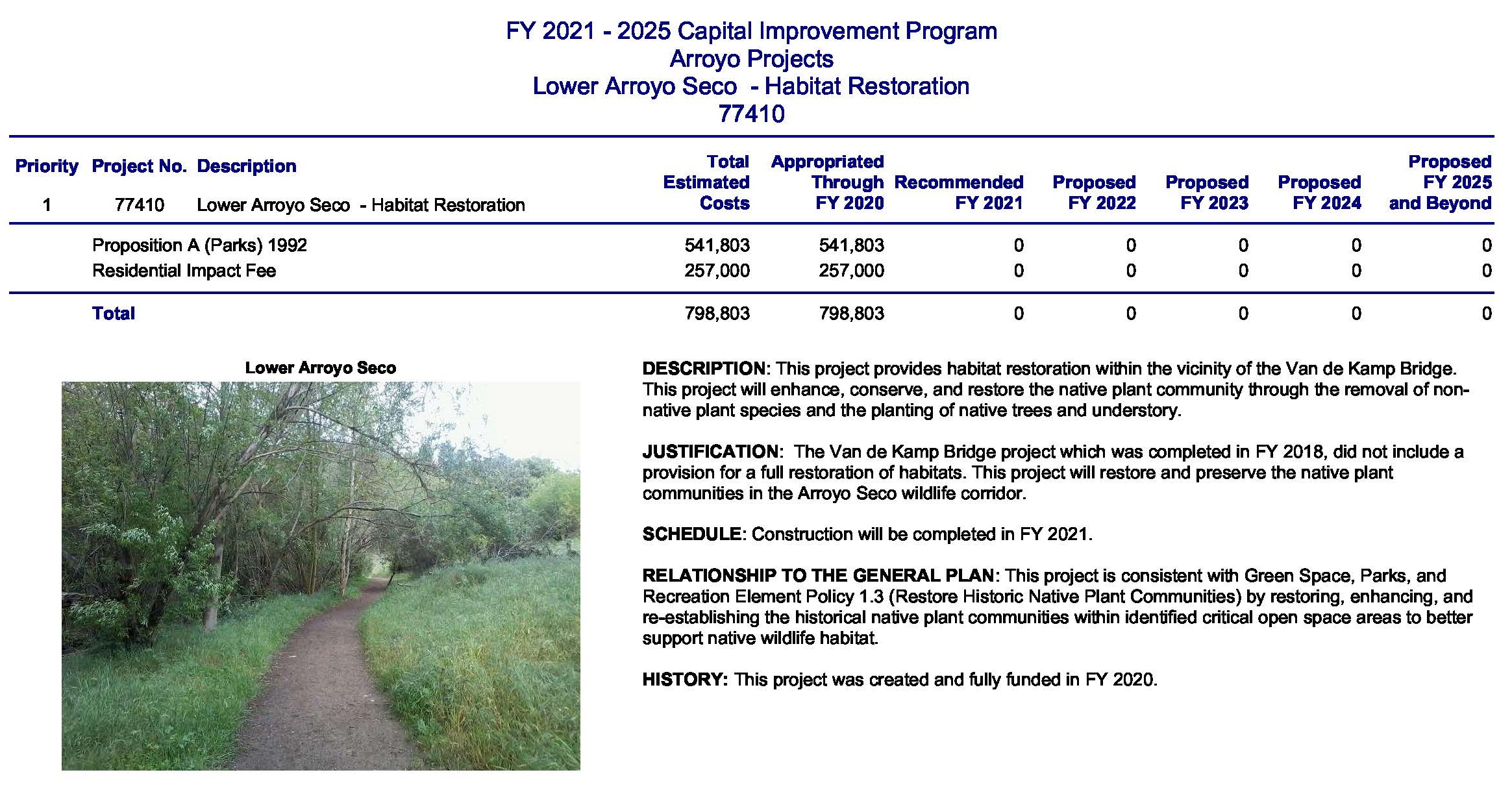