"The State Water Project Delivery Capability Report, used by MWD for their reliability analysis, indicates increased reduction in water deliveries when compared to previous estimates because of environmental constraints and hydrologic changes due to climate change" (DWR 2018).

"Climate change variables were not applied to future years." - page 4-2

Pasadena Water and Power has proposed a plan for our community's water future. The Water Supply and Resouces Plan (WSRP) is a $450 million plan for the next twenty-five years that includes some much-needed improvements to the local plumbing and distribution system, but it fails to tackle the biggest challenges that face Pasadena and its residents.

WSRP is a reckless plan that fails to protect our watershed and would accelerate the depletion of the Raymond Basin, which would be a shameful legacy for us to leave to future generations.

In April 2019 Governor Gavin Newsom issued an executive order calling for a portfolio of actions to ensure the state’s long-term water resilience and ecosystem health. It charts a responsible and sustainable program for water planning. Pasadena should study it carefully and get on board.

Eighty years ago Pasadena officals feared that overpumping was threatening local water resources. Working through the courts and with other local pumpers, they developed an agreement or adjudication to manage local water in a sustainable way. It was based on a "safe yield" that would match pumping with natural replenishment from rainfall and Arroyo Seco streamflow.

Sadly the chart above tells the story. Despite the adjudication, the groudwater level has been falling precipitously for more than one hundred years. In recent years Pasadena and the Raymond Basin have taken a series of faltering steps to arrest the decline, but it continues unabated.

Pasadena needs to step back from the numerous programs outlined in the WSRP that would continue draining the Arroyo Seco stream and groundwater. It should put protecting water resources and conservation at the top of its program for the next 25 years and develop a resilient plan for our water future.

What does Resilience Mean?

Resilience is the ability "to cope with more extreme droughts and floods, rising temperatures, declining fish populations, over-reliance on groundwater and other challenges." 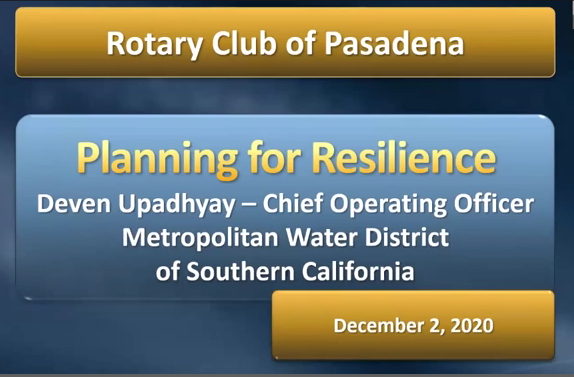 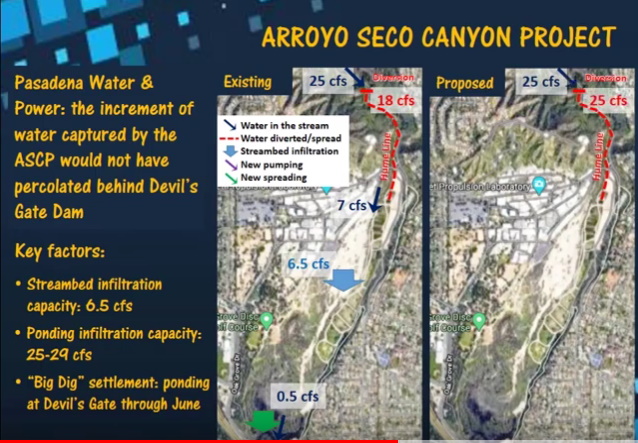