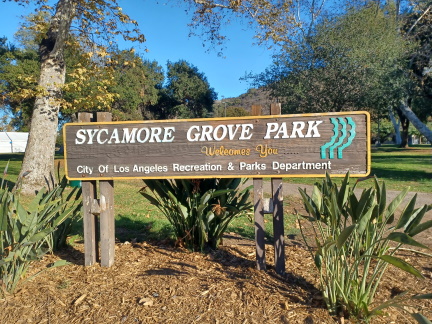 The Eastsider: Will Highland Park's underground creek ever see the light of day again?

Sycamore Grove Park was officially established in 1905. The park has long been a popular recreational spot featuring well kept grass, picnic tables, and a bandshell for concerts. In the early days Sycamore Grove Park was also the site of annual State Picnics, where residents from the mid-west who had migrated to Los Angeles would gather to celebrate their home state. Today it is the venue for Councilmember Gil Cedillo's Cartelera del Festival de Latin Jazz y Música Latina.

The park is adjacent to the Arroyo Seco, a major tributary of the Los Angeles River. For many years the North Branch stream, which drains most of Highland Park, flowed through the Park into the Arroyo Seco. The stream was lined by stately Sycamore trees and lush riparian habitat with a lily pad.

Here is how KCET describes it: "Today one of the oldest parks in Los Angeles, the 15-acre Sycamore Grove Park offers the perfect setting for relaxation and recreation on the banks of the Arroyo Seco. The park is home to many Sycamore trees, children's play areas, tennis courts, outdoor gym equipment, and the historic Sousa-Hiner Bandshell. Across the street is the colorful Haramoknga Mural at Glenmary Archway." 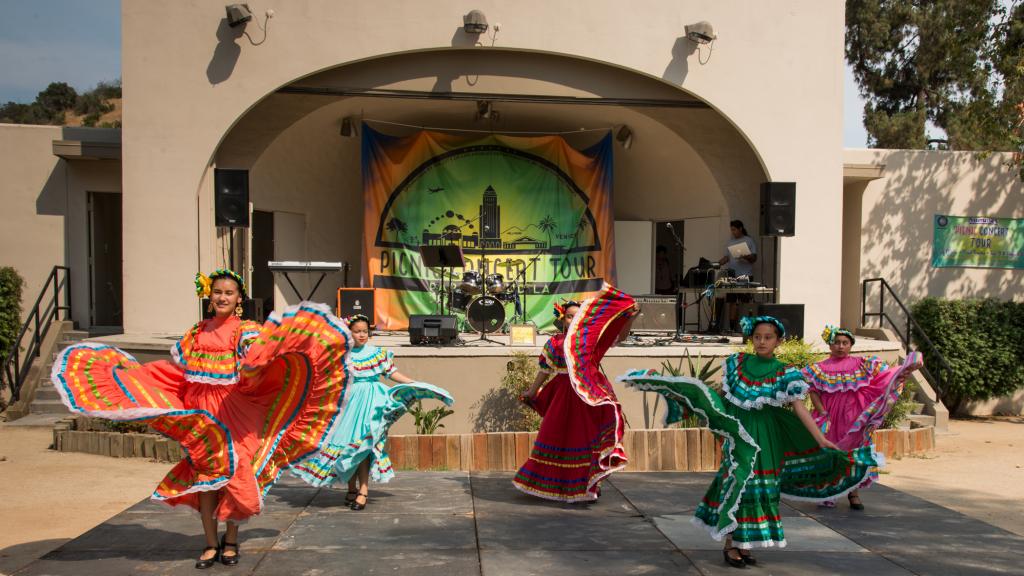 The Stream Is Not a Waste Product

For several million years a gentle stream has flowed through the area that is now Sycamore Grove Park into the Arroyo Seco, a major tributary of the Los Angeles River. Occassionally a torrent would rush into the Arroyo. Few people remember that because eighty years ago flood engineers channelized the North Branch stream, which drains all Highland Park, into a buried concrete channel beneath the streets and the park.

Now the engineers from the Los Angeles Bureau of Sanitation are doing what they are accustomed to doing. Instead of cleaning up the stream they have trapped in a concrete strait-jacket, they are funneling the dry weather flow of the North Branch into their world's largest sewer. 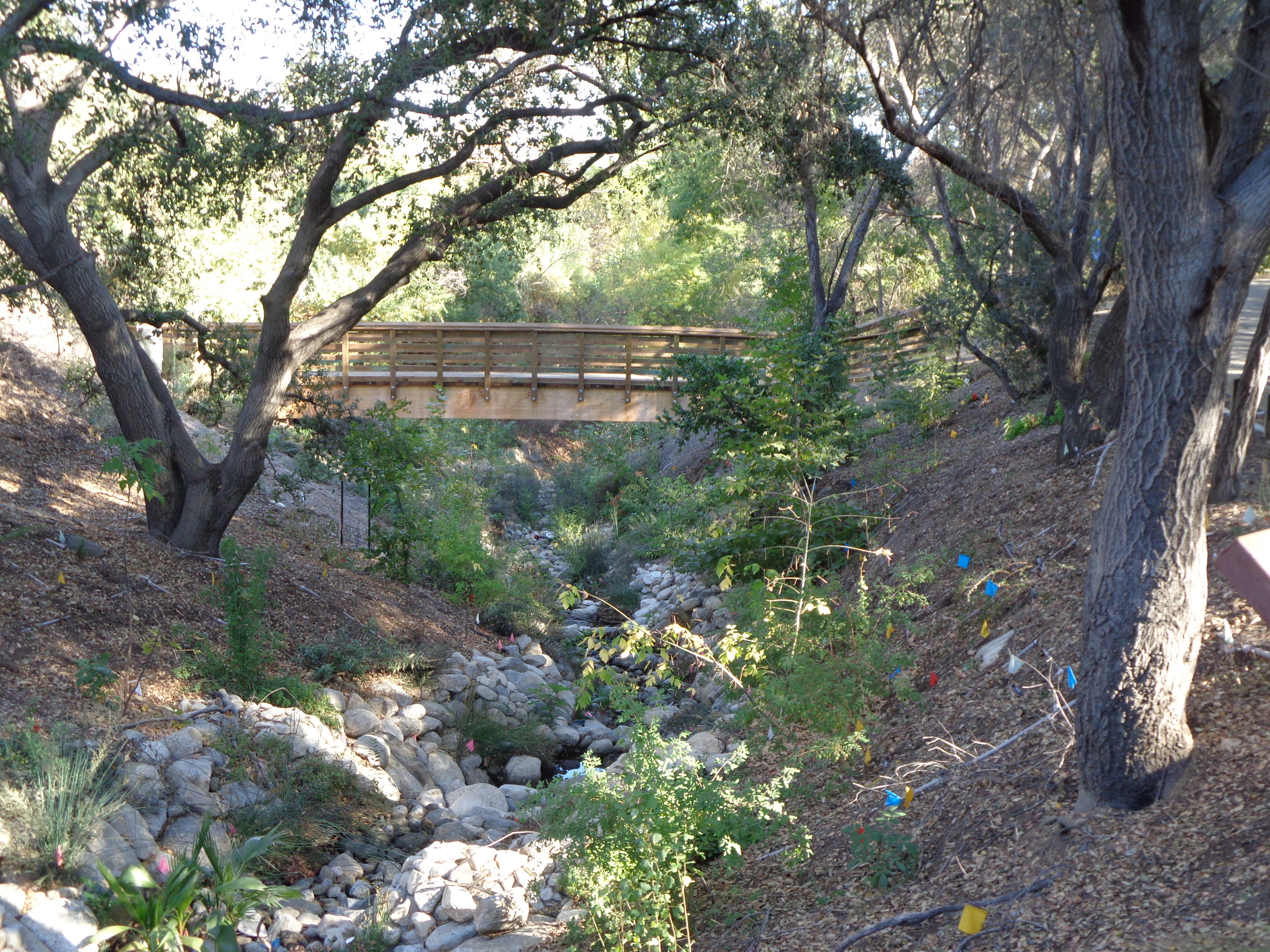 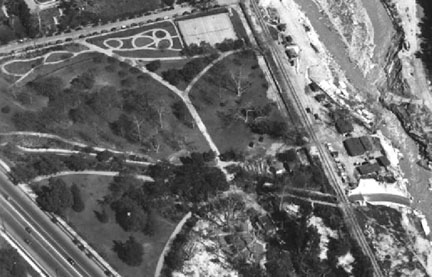 An aerial view of the stream flowing through the park during a storm. 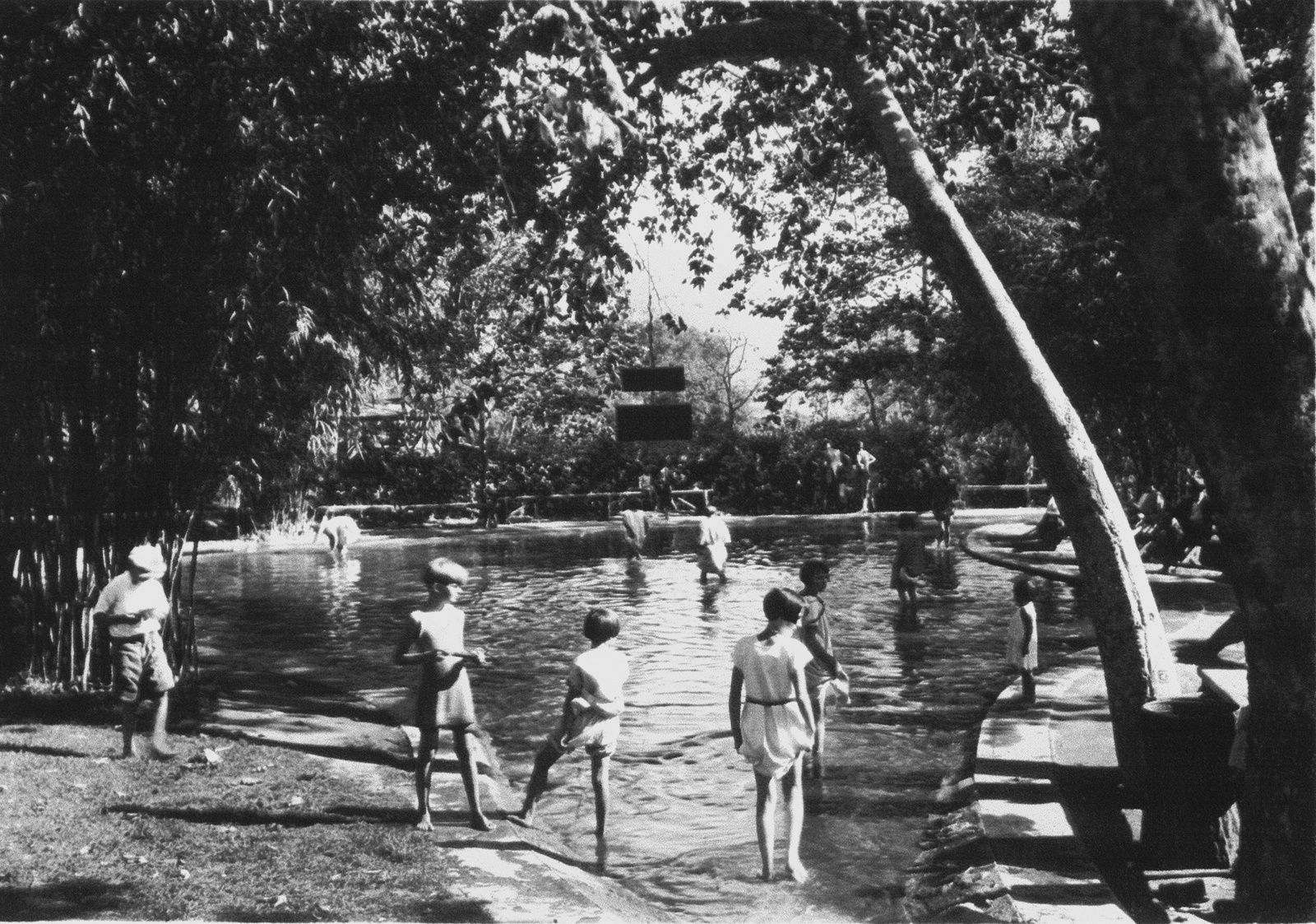 Children playing in the pond in the park. 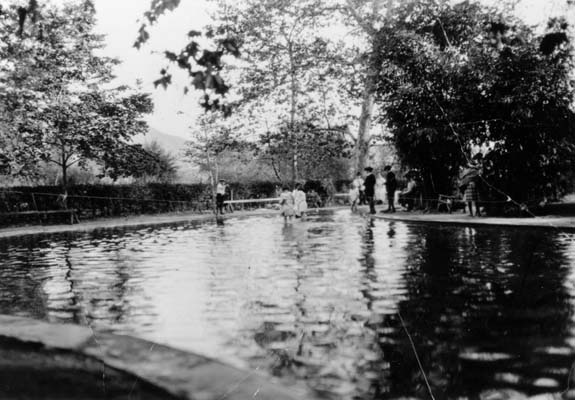 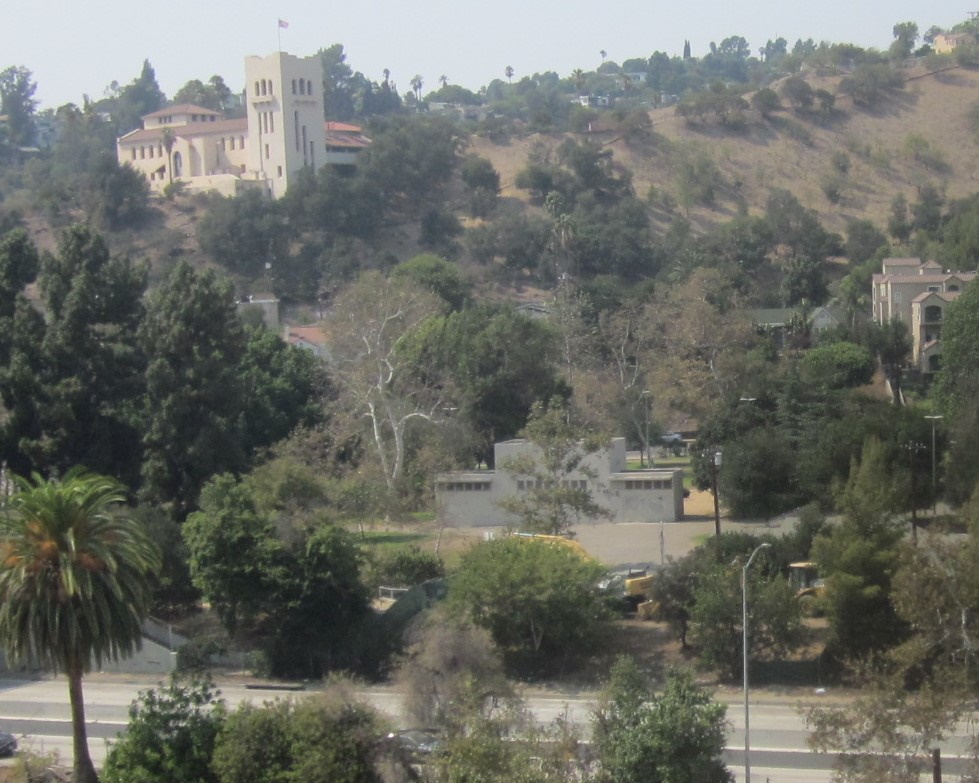 Sycamore Grove bandshell in the foreground; Southwest Museum in the background.


How Can We Expect Children to Respect Nature When We Bury Our Streams and Pipe Them Into Sewers?