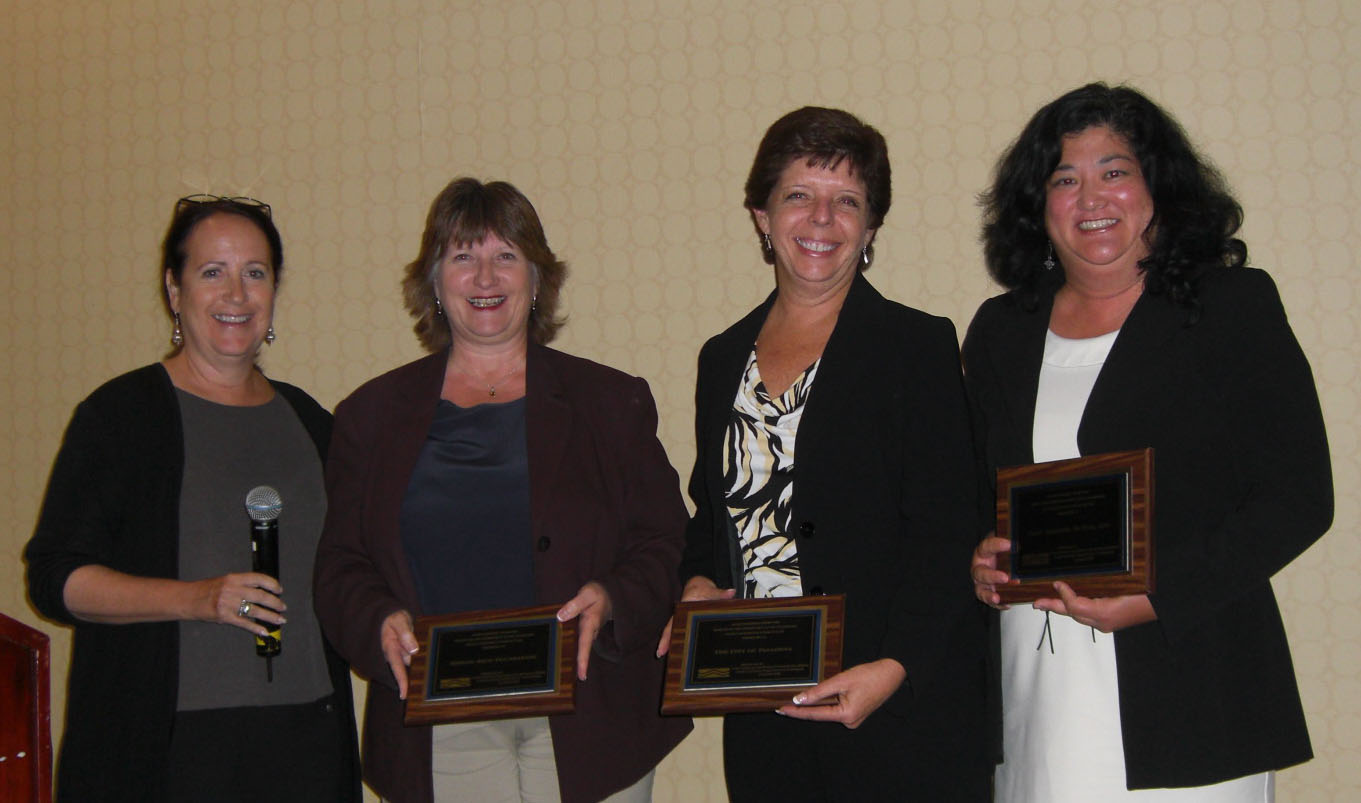 The Central Arroyo Stream Restoration Program (CASRP) has received a prestigious award from POWER -- Public Officials for Water and Environmental Reform -- at a banquet at the Pasadena Hilton Hotel. POWER, a statewide group of water officials and activists honored the Arroyo Seco Foundation, the City of Pasadena, and design/construction partner Camp Dresser McKee, Inc (CDM) with their 2008 POWER Award, citing CASRP's innovation as a successful stream restoration project using a design/build collaboration and reintroducing the native Arroyo Chub fish into the urban waterway.

The Central Arroyo project, located near the Rose Bowl in Pasadena, was funded by a $1.9 million grant from the California State Water Resources Control Board and an additional $640,000 in in-kind support from the City of Pasadena. CASRP is a multi-benefit project which restored a 20-acre stretch of the Arroyo Seco River. The project included extensive removal of invasive species, the planting of native trees, the repair of hiking and equestrian trails, the construction of weirs and backwater pools to support fish life, and the creation of ten water quality islands in the Rose Bowl Parking Lot I near the Rose Bowl Aquatic Center. The City of Pasadena contributed both staff time and materials to install 400 trash capture inserts in storm basins along local streets to collect trash and street debris and prevent it from entering the Arroyo Seco waterway.

The project culminated with the planting of three hundred Arroyo Chub in the restored stream area. The Chub, a native fish, is a key indicator of riparian health and also serves an important role in controlling mosquitoes, its natural food source.

We are deeply honored by this recognition from POWER, stated Tim Brick, Managing Director of the Arroyo Seco Foundation. This award will encourage other public agencies and non-profit organizations to pursue multi-benefit urban stream restoration efforts using the design-build approach that allowed us to complete this project from start to finish on budget in a mere eighteen month period.

The City of Pasadena has long been a leader in natural resource protection and is a member of Green Cities California. CDM is an international planning, engineering and construction firm that has provided engineering and technical support to numerous environmental restoration projects throughout the United States.

Tours of the project area are available by appointment. For more information, please visit https://www.arroyoseco.org/casrp.htm.