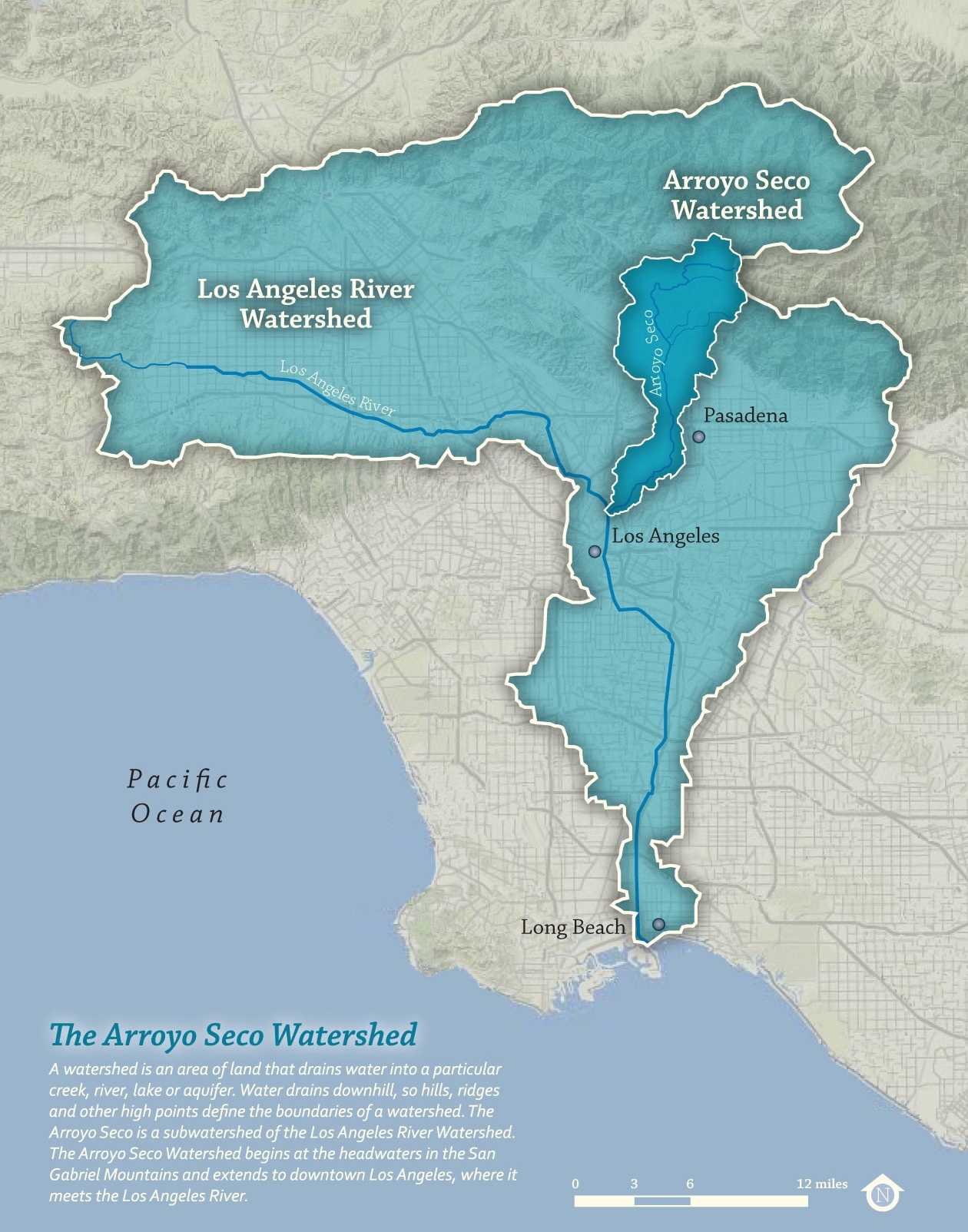 The Arroyo Seco watershed, stretching from the San Gabriel Mountains to downtown Los Angeles, has a beauty and charm unmatched in Southern California. Historically a cultural center of the Tongva or Kizh, also known as the Gabrielinos, the Arroyo Seco River now passes through the communities of Pasadena, Altadena, La Cañada-Flintridge, South Pasadena, and Northeast Los Angeles. The Arroyo unites a highly diverse region and serves as the focal point of a shared identity.

Geographically, the Arroyo Seco Watershed is a subwatershed of the Los Angeles River Watershed. The basin sits between the San Gabriel Valley to the east and the San Fernando Valley to the west, and drains into the L.A. River at the confluence in Lincoln Heights.

For many years now, Arroyo lovers have worked hard to protect and restore our wonderful watershed. Up and down the Arroyo, citizens, neighborhood groups, and governmental agencies are collaborating to manage our watershed better for nature and people and to pass on its splendor to future generations.

On this page, you will be able to learn more about the Arroyo Seco Watershed and why it is so important to preserve it for ourselves and future generations.

What is a watershed? 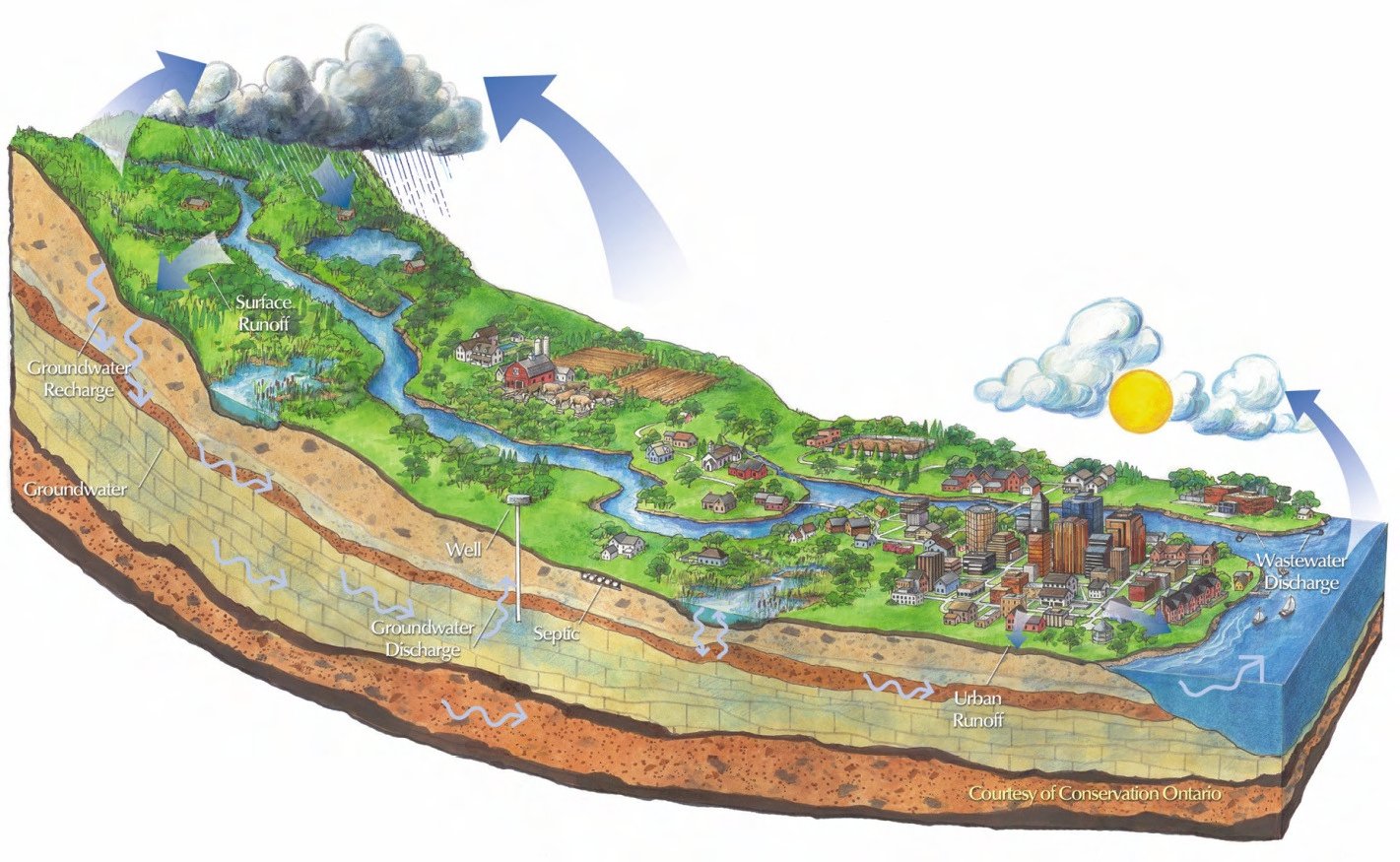 A watershed is that area of land, a bounded hydrologic system, within which all living things are inextricably linked by their common water course and where, as humans settled, simple logic demanded that they become part of a community.
—John Wesley Powell

Watersheds, also known as drainage basins, are geographical features that delineate the flow of water. Much like a bathroom sink, all water that enters the basin will flow to a point where it leaves, while water that falls outside the basin will flow elsewhere. Because of this, things within a given watershed have an important relationship with one another. 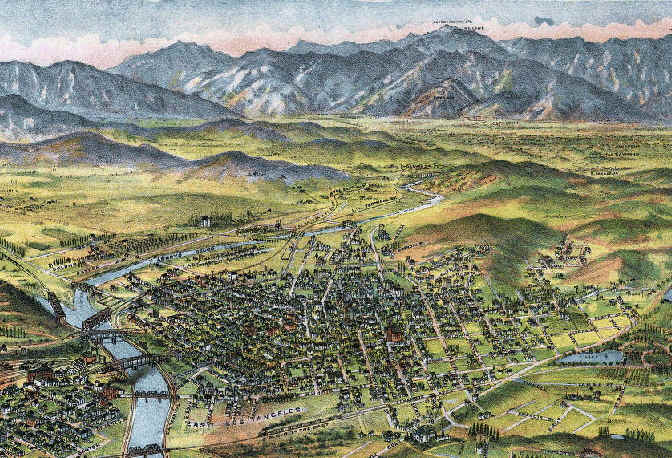 This is the first question many people ask when the first see the Arroyo Seco. The Arroyo Seco, Spanish for dry stream, is a natural river spanning 22 miles. A concrete channel was installed in the 1930s and 1940s, giving most of it the appearance of an artifical canal, and in fact, the Arroyo is currently used to remove stormwater from our watershed. However, the Arroyo Seco is a historically important site going back thousands of years and is home to a rich variety of natural habitats. While things have changed in recent decades, the possibility of restoring it has not been lost!

The Arroyo Seco Ecosystem Restoration Feasibility Study, a partnership between the U.S. Army Corps of Engineers and the County of Los Angeles Department of Public Works, with the assistance of governmental agencies and environmental organizations within the watershed, was officially launched October 26, 2005.

Be sure to check out the Arroyo Seco Watershed Restoration Study, prepared by the Arroyo Seco Foundation and North East Trees in 2002. It is a visionary study that has a lot of important information for today and the future of the Arroyo Seco.