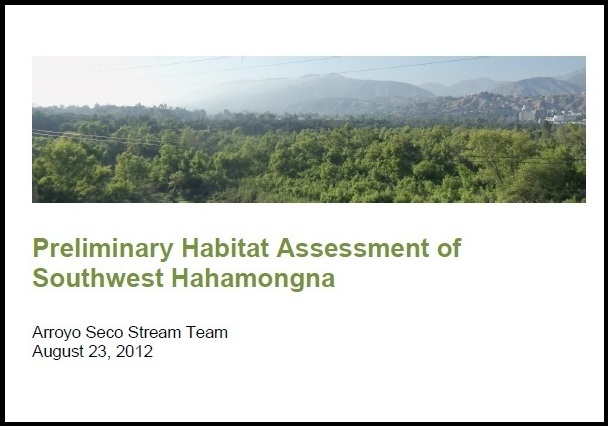 August 28, 2012 - The Arroyo Seco Stream Team has recently published a Habitat Assessment of Southwest Hahamongna. This assessment documents and evaluates the current habitat in the area of Hahamongna proposed for the Multi-Benefit/Multi-Use Project (MBMU). Released just in time to be included in the environmental review of the Hahamongna MBMU Project, the study suggests that the best course of action for habitat restoration may be to maintain conditions for periodic flooding and sedimentation, exotic invasive species removal and establishing appropriate vegetative cover in areas of high foot traffic.

The assessment of both field observations and a literature review found significant changes in habitat conditions than that of the last known habitat study completed in the early 2000's by Parsons Engineering Science, Inc. Results of the site surveys can be found here: Hahamongna Habitat Survey Results.

The assessment contains three major findings based on qualitative data collected between March and July 2012:

The high value habitat found at Hahamongna is of critical importance to wildlife, natural resources, recreation, education, and much more. The habitats found in this area of Hahamongna are associated with many species of concern, including the federally endangered arroyo toad, threatened bank swallow, endangered willow flycatcher, and federally endangered least bell's vireo. Riparian presence is increasingly uncommon in this region with more flood control infrastructure than anywhere in the country and estimated 95% wetland loss in Los Angeles County. Isn't it time we start treating Hahamongna as the valuable regional asset that it has been shown to be? Hahamongna can not be recreated.

Join the campaign and Save Hahamongna! 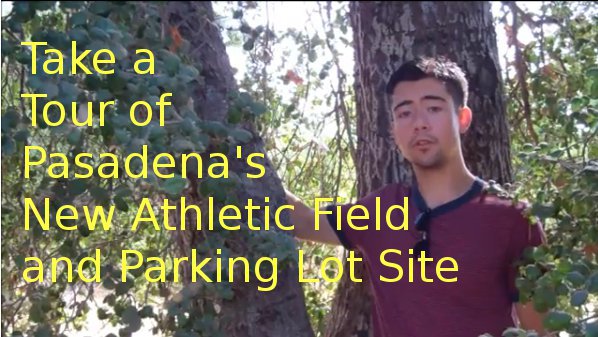 "Is this the place you want to built your athletic field?"