Upgrades to major regional waterline to begin February 21, affecting imported supplies for up to 250,000 consumers

Consumers in the City of Pasadena and three adjoining Los Angeles County foothill communities are requested to reduce their water use - including refraining from outdoor watering - while a major imported water pipeline is taken out of service for eight days beginning Thursday, February 21.

Officials from the Metropolitan Water District of Southern California joined with Pasadena Water and Power, Foothill Municipal Water District and local retail water agencies in making the water-saving request as Metropolitan prepares to upgrade its Upper Feeder Pipeline. The Outage is scheduled to last until February 28.

In addition to Pasadena, consumers in Altadena, La Canada/Flintridge and La Crescenta are asked to contact their local water supplier to determine water-use restrictions for their area. Supplies for about 250,000 people in the affected communities will be limited during the shutdown. 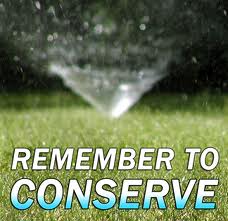 Starting Thursday, February 14, residents can visit www.mwdh2o.com and www.bewaterwise.com for the latest information on the planned shutdown as well as water-saving tips. During the shutdown, regular updates on the upgrade work will be posted on the websites.

One of the oldest water lines operated and maintained by Metropolitan, a portion of the Upper Feeder delivers treated drinking water from the district's F.E. Weympouth Water Treatment Plant in La Verne to foothill cities and communities in the eastern Los Angeles County from Pomona to Glendale.

"Conservation by residents and businesses in the affected areas will be essential in helping complete the repair work without additional water service impacts," Said Nina Jazmadarian, general manager of Foothill MWD, which serve La Canada Flintridge and Altadena, "because this is a critical upgrade, we all need to do our part to reduce water use while the Upper Feeder is out of service."

Debra C. Man, Metropolitan's chief operating officer and assistant general manager, said the district routinely schedules shutdowns of its facilities in the winter and early spring, when temperatures are usually are cooler and demands are lower, to complete inspections and perform maintenance and upgrades with the least impact on consumers.

"One of the biggest challenges to ensuring reliable deliveries is the constant need to repair and upgrade aging facilities," Man said, noting that more than 40 percent of the district's water system is more than 60 years old. Construction of the Upper Feeder - which alternates between tunnels, mortar-lined pipelines, and buried steel pipelines - started in 1933 and ended when water was first delivered to Pasadena in November 1941.

In Preparation for the shutdown, residents and businesses are asked to do their part to ensure reservoirs and local supplies aren't drawn down. Depending on the availability of local supplies, water conservation steps including no outdoor watering, hand-washing vehicles, filling swimming pools or spas, or hosing down driveways and sidewalks. Other water-saving measures include running only full loads in washing machines and dishwashers, not leaving the tap running while brushing your teeth or shaving.

With the start of the spring nearing, gardeners are asked to delay planting new landscaping - which typically requires continual watering to establish plants, shrubs and trees - until after the shutdown. If the weather warms prior to the shutdown, residents may want to deep-root water plants to help keep them healthy. Deep-root watering, however, should be done before the shutdown begins February 21.

"Conservation by residents and businesses in the affected areas will be essential in helping complete the repair work without additional water service impacts"
-- Nina Jazmadarian, general manager of Foothill MWD