The Zanja, from the Spanish word for ditch, was Pasadena's first water capture and distribution structure. Built in 1877 by Benjamin Eaton, it brought water from the Arroyo Seco to the citrus groves of early Pasadena. The Zanja has since been replaced with a much more extensive and modern system, but those who know what to look for will discover that it is still part of Pasadena's landscape. 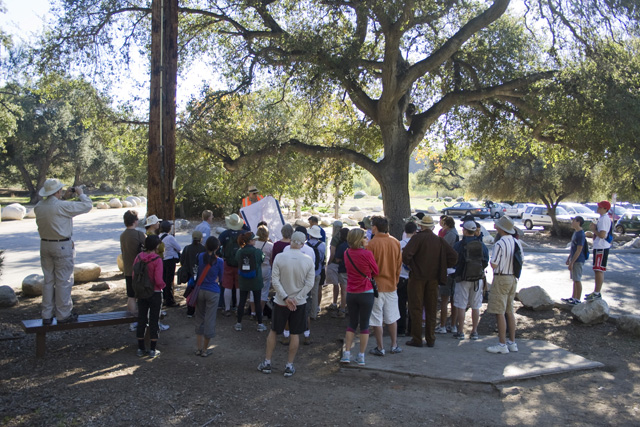 Participants learn about the history of the Zanja 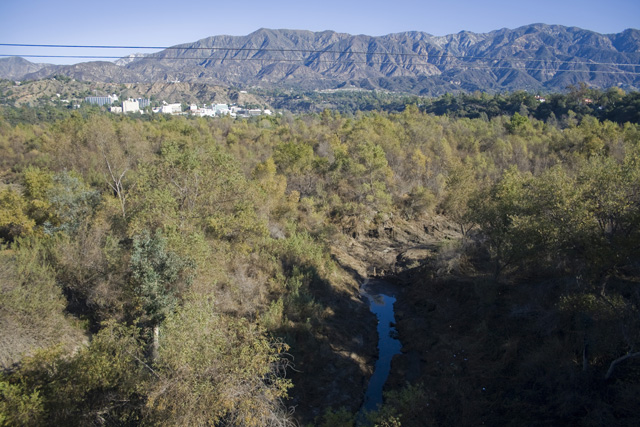 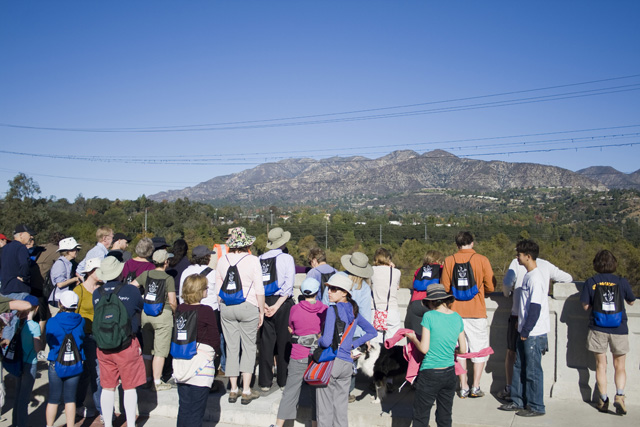 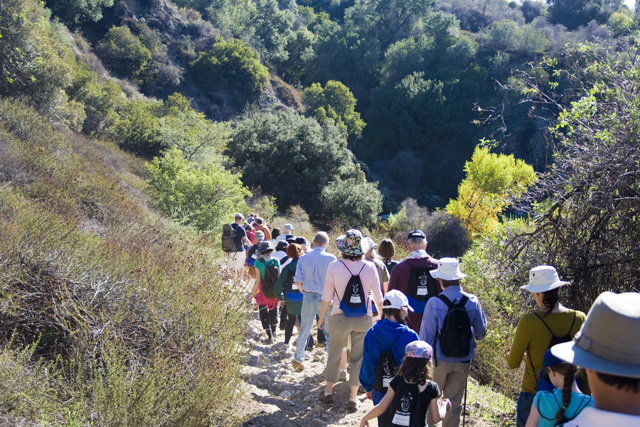 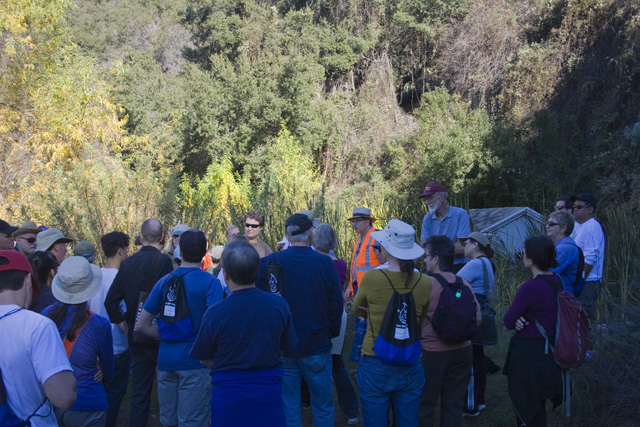 The begining of the Zanja 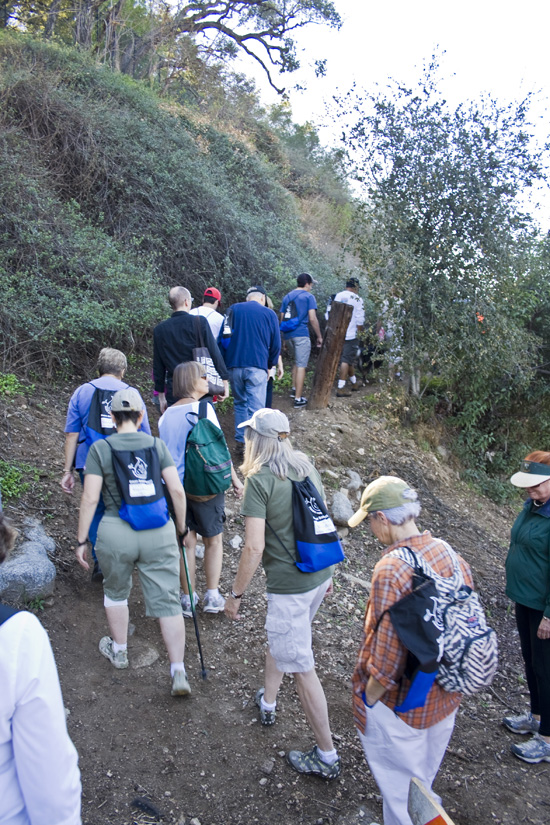 Despite appearing to go uphill, Zanja Street is actually below where the Zanja started. The illusion is created by the overall slope of the Central Arroyo. 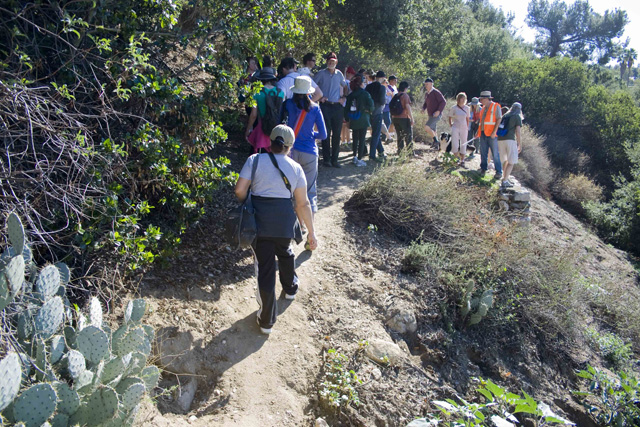 Walkers stop at remnants of the Zanja, now hidden among the diverse habitats of the Central Arroyo 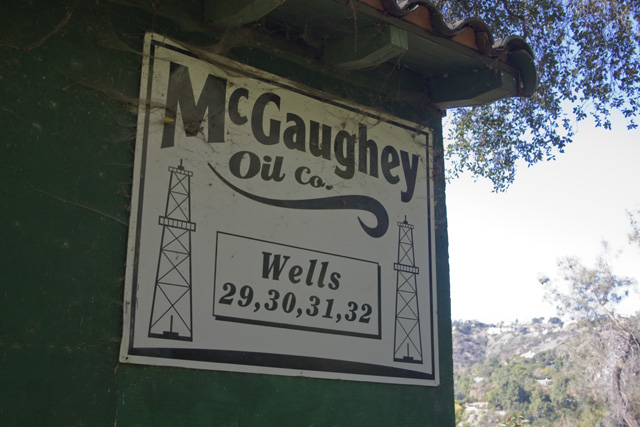 The mysterious McGaughey Oil Company sign (any information on this would be greatly appreciated!) 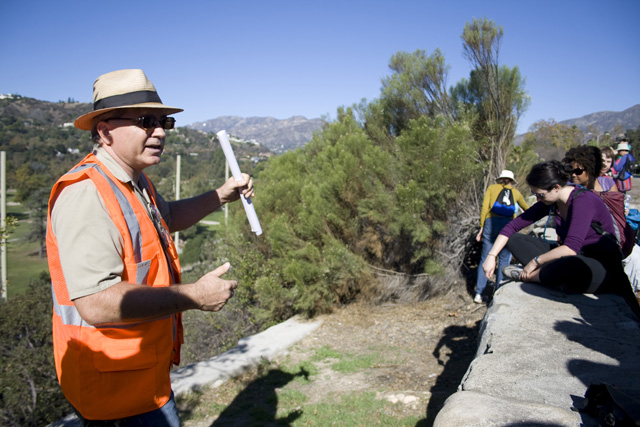 This short film documents the momentous accomplishment of Benjamin Eaton buiding the critical ditch that brought water to Pasadena. 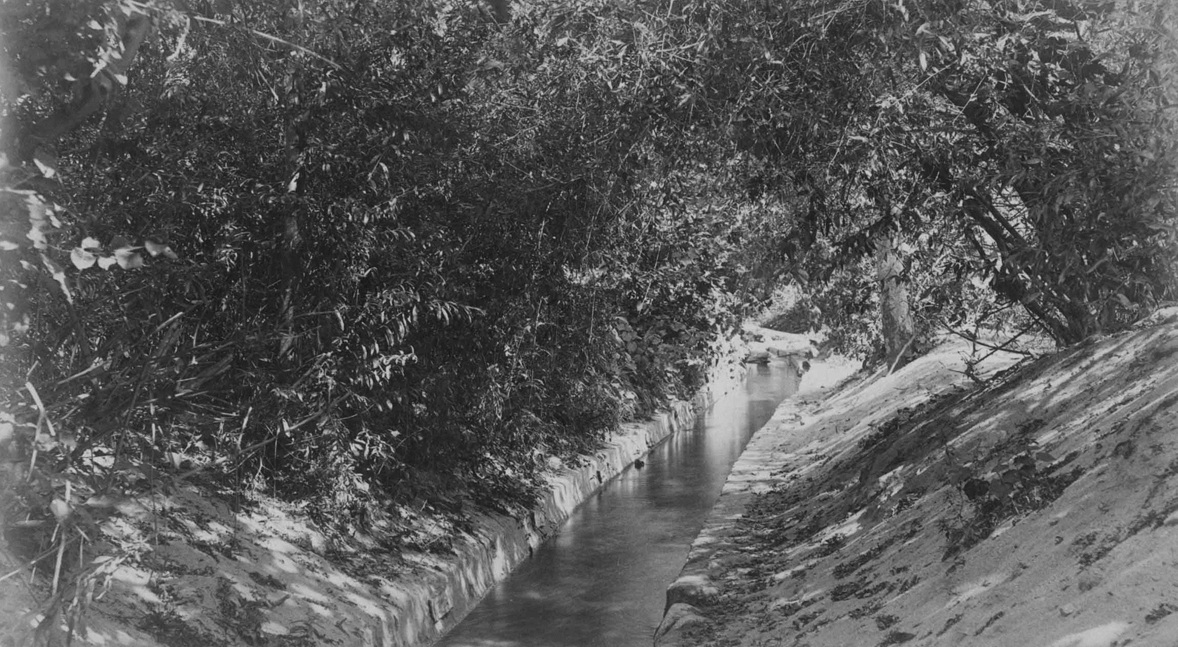 This hike was produced in partnership between the Arroyo Seco Foundation and the Pasadena Water & Power Department. 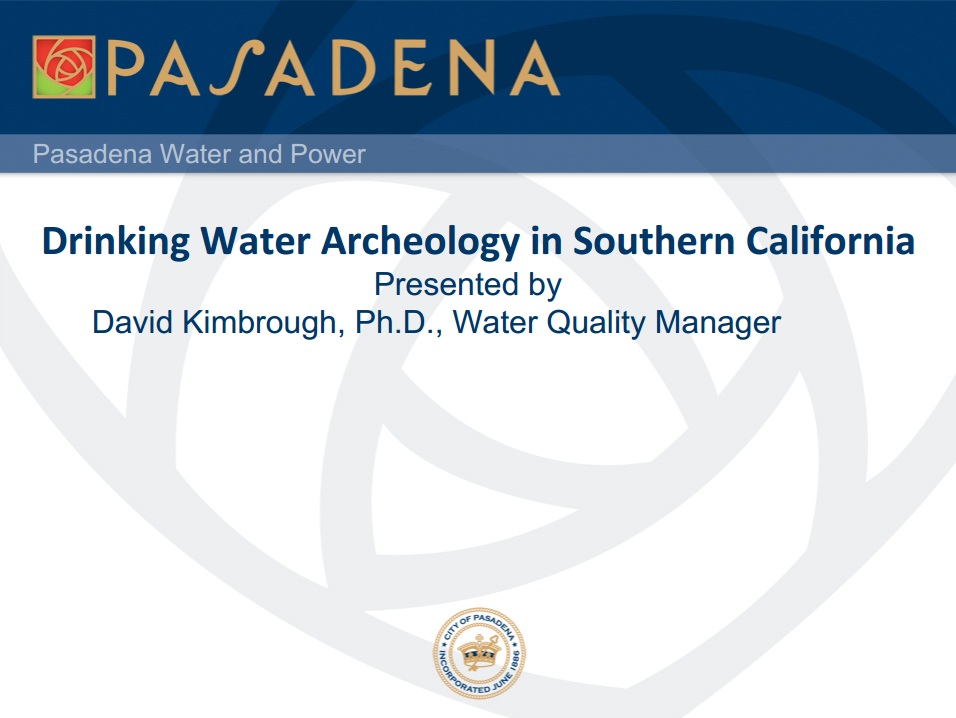