The Arroyo Verde Awards recognize those who have made a valuable contribution to protecting and improving the Arroyo Seco Watershed and our local communities over the past year. The awards were presented at the Council of Arroyo Seco Organizations' annual holiday celebration at the Pasadena Humane Society Thursday, December 19.

After a lot of networking and refreshements on a drizzly night, Scott Cher, Arroyo Seco Watershed Coordinator, opened the event with a list of the impressive Arroyo achievements of 2013:

Then the 2013 awards were presented. 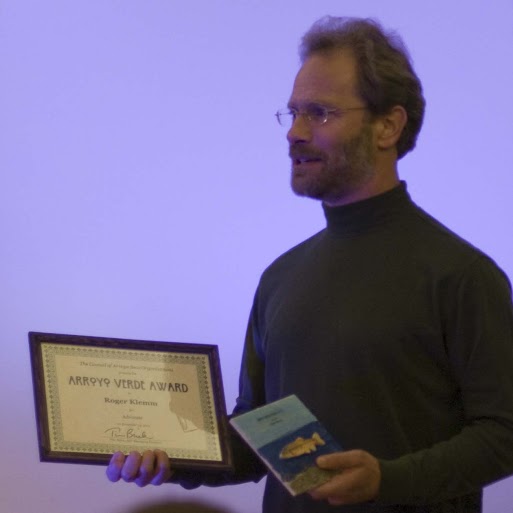 to the individual who has made the greatest contribution in improving policy, programs, or funding for the Arroyo. 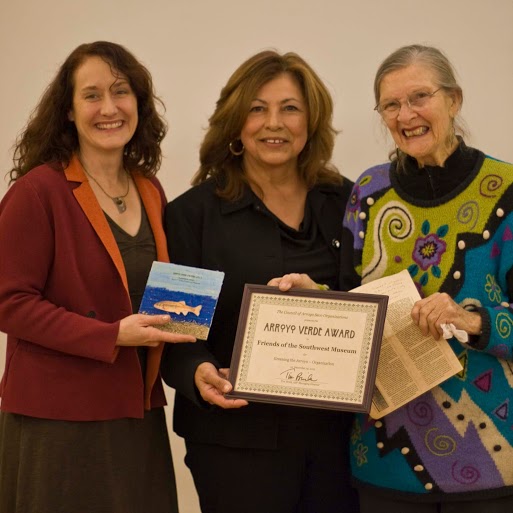 Friends of the Southwest Coalition

for dedication to preserving and enhancing the cultural heritage of the Arroyo. Nicole Possert, Yvonne Sarceda and Ann Walnum accepted. 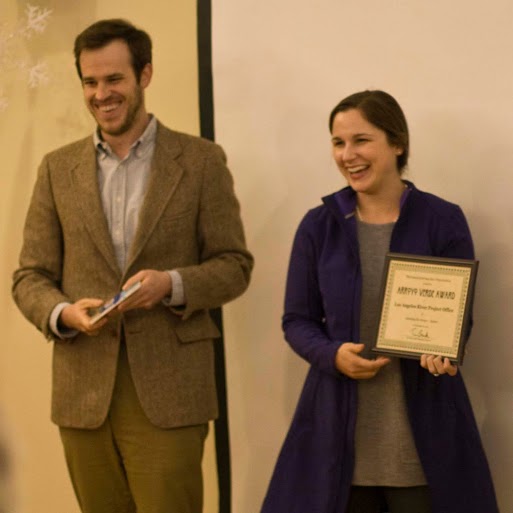 to the city or governmental agency that has demonstrated outstanding leadership in the stewardship of the Arroyo.

Office in recognition of its leadership and support of Los Angeles River Revitalization and the inclusion of the Arroyo Seco Confluence in the US Army Corps of Engineers ARBOR program. Michael Affeldt and Megan Whalen accepted the award. 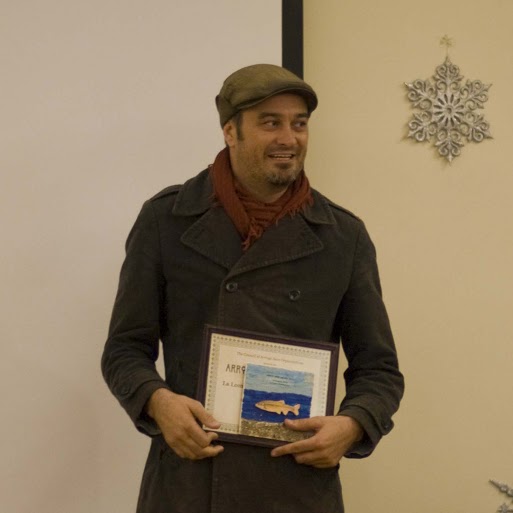 in recognition of leadership and support of environmental stewardship through the educational activities at The Shed and the space it is providing for the start-up Hahamongna Cooperative Nursery. Marco Barrantes accepted. 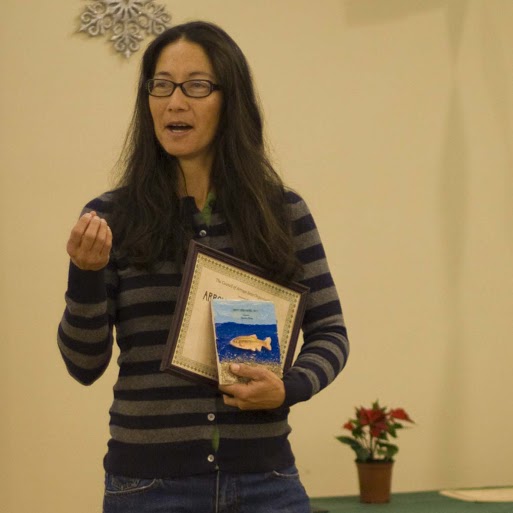 to an individual who has improved the Arroyo through consistent, dedicated physical labor throughout the year 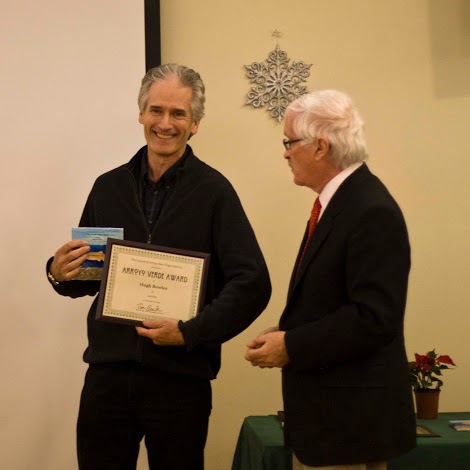 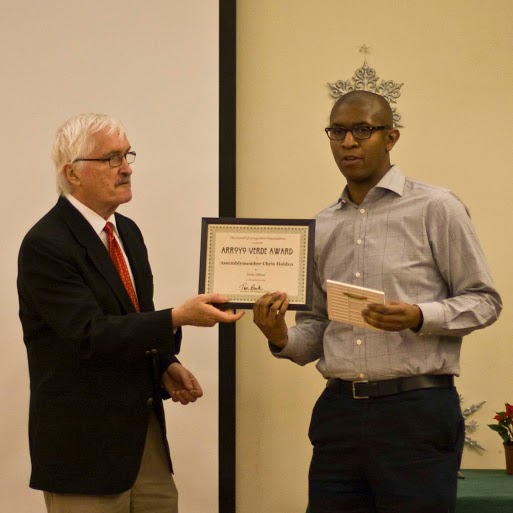 in recognition of his leadership and support of good watershed management and the protection of the sensitive environmental character of the Arroyo Seco. Gerald Phillips accepted the award on behalf of Chris Holden who was in Sacramento. 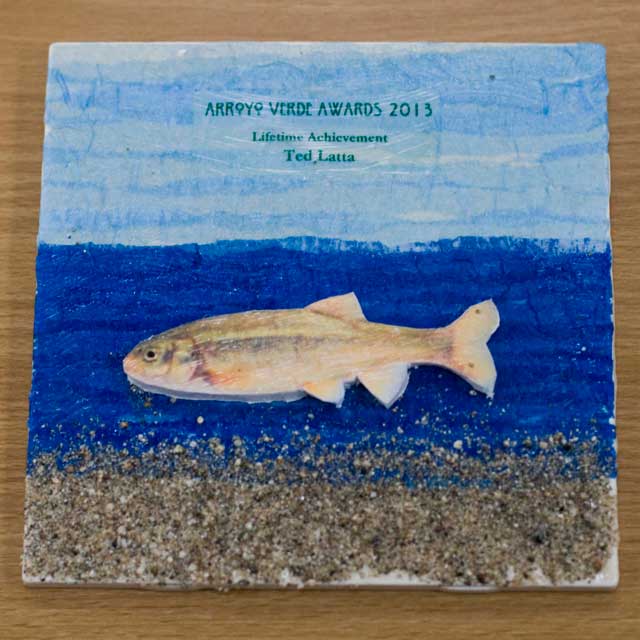 This award, which is not given every year, is confered on an individual who has devoted considerable energy and enthusiasm to protecting and promoting the Arroyo over many years

on his retirement for 39 years of service to Pasadena and our region maintaining and protecting the Arroyo Seco. Ted was not able to attend the event. 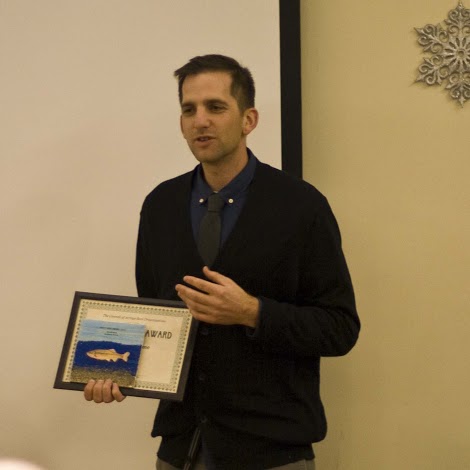 for championing the Hahamongna Canyon project through IRWMP

Presented by the Council of Arroyo Seco Oranizations