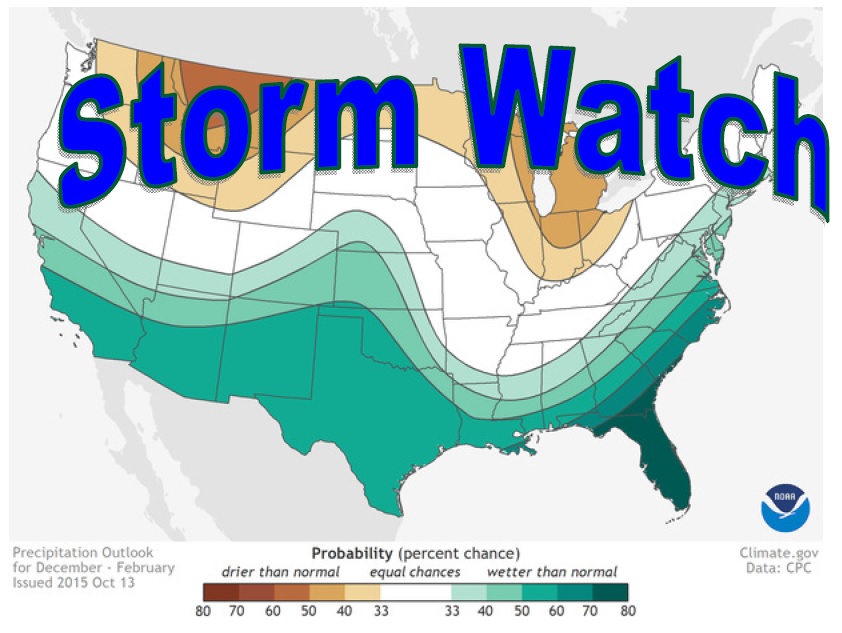 Just one year ago, the snow survey for the Sierras in 2015 was grim. Echo Summit, south of Lake Tahoe, was completely devoid of snow with a dire 0% of the historical average. On April 1, 2015 Governor Jerry Brown climbed the 7,000 foot mountain to issue the first ever mandatory water restrictions for the Golden State. This year, however, the snowpack survey reached 97% of average there, a positive improvement mirrored by the other Sierra snow stations that recorded 87% of the historical average overall after four long years of drought.

But even these improvements were not enough to meet the expectations of the state hydrologist, who hoped winter storms would exceed the historical average because of the much-anticipated "Godzilla El Niño." In Southern California Downtown Los Angeles has only received 8.16 inches or 58% of normal, but previous El Niños, like the one in 1997-98, resulted in 31 inches, more than twice the historical average. Many expected 2015-2016 would yield similar results. While there is still time to catch up in April, California's wettest months have already passed, lessening the likelihood of that occurring. In 1998 the month of February alone received 13.85 inches, nearly the yearly average of 14.8 inches.

So what happened to the 2015-2016 El Niño season? A large part of the blame can be attributed to the "Ridiculous Resilient Ridge" or RRR, which Stanford Climatologist Daniel Swain describes as "a boulder displacing a narrow stream of water, this sluggish atmospheric feature (RRR) consistently deflected the storm track to the north of California during the typical 'rainy season' months of October to May. As a result, much of the state was left high and dry even during what is typically the wettest time of year." RRR is the high pressure system that has situated itself along the West Coast of California since the outset of the drought in 2013 and has played a major role in deflecting storms further north this El Niño season. 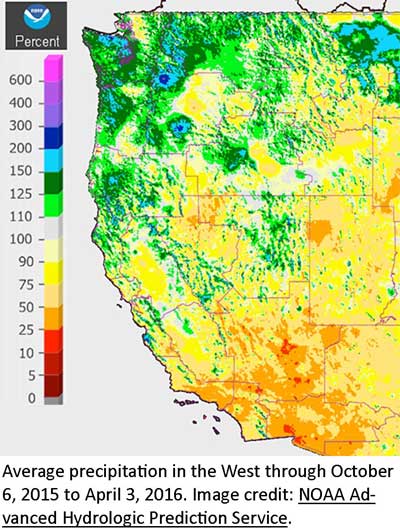 If not in Southern California, where did the rain fall? Reporting on El Niño conditions earlier this month, Weather Underground found "The biggest surprise is that Southern California got the short end of the stick, as strong El Niño's tend to be most reliably wet toward the south."

While Downtown Los Angeles has received only 58% of average rainfall since October 1st, Seattle received 43 inches of rainfall, above the historical average of 38 inches. December-February there received the most rainfall at 22.97 inches, which shattered precipitation records for that period since record keeping began in 1894. Hydrologists in Seattle had expected a drier winter, as El Niño in the Pacific Northwest typically does not translate into above average rainfall. Northern California has also benefited tremendously, with reservoirs such as Folsom Lake in Sacramento, Lake Orville, and Lake Shasta reaching or exceeding the average historical capacity, boosting water supplies for all of California.

While other parts of California and the Pacific Northwest welcomed precipitation, Southern California was left out. Around the globe, countries like the Philippines and Venezuela have also suffered horrendous droughts exacerbated by El Niño. Climatologists like Daniel Swain are currently researching the factors that have led to a changed El Niño for the Southland, offering hope that "Atmospheric patterns similar to those during California's wettest winters have NOT decreased in recent decades." Despite RRR and short-term aberations, wetter years lie ahead for regions along the Pacific that are impacted by El Niño and its counterpart La Niña, which will surely be the subject of news headlines in the months to come.

Compare the Winter of 2016 with Previous El Niños 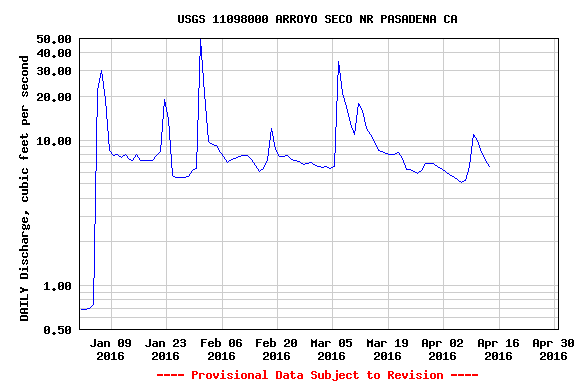