December 16, 2014 — The room was packed as Arroyo Seco community members came together to honor some of those who have made a difference this year at the 2014 Arroyo Verde Awards. Emceed by Arroyo Seco Foundation Outreach Coordinator Tim Martinez, the ceremony featured the accomplishments of ten outstanding individuals and organizations who have shown dedication to protecting and restorating the Arroyo Seco. This year's event was held at L.A. County Fire Camp 2 and began with refreshments, followed by a screening of the Arroyo Seco Foundation's new video, Arroyo River Parks, and the presentation of the awards. Awardees also received special recognition certificates from State Senator Carol Liu (25th District), and Charles McKenney and Tom Seifert received certificates from Congressman Adam Schiff (CA 28th District). Read on and learn about their accomplishments! 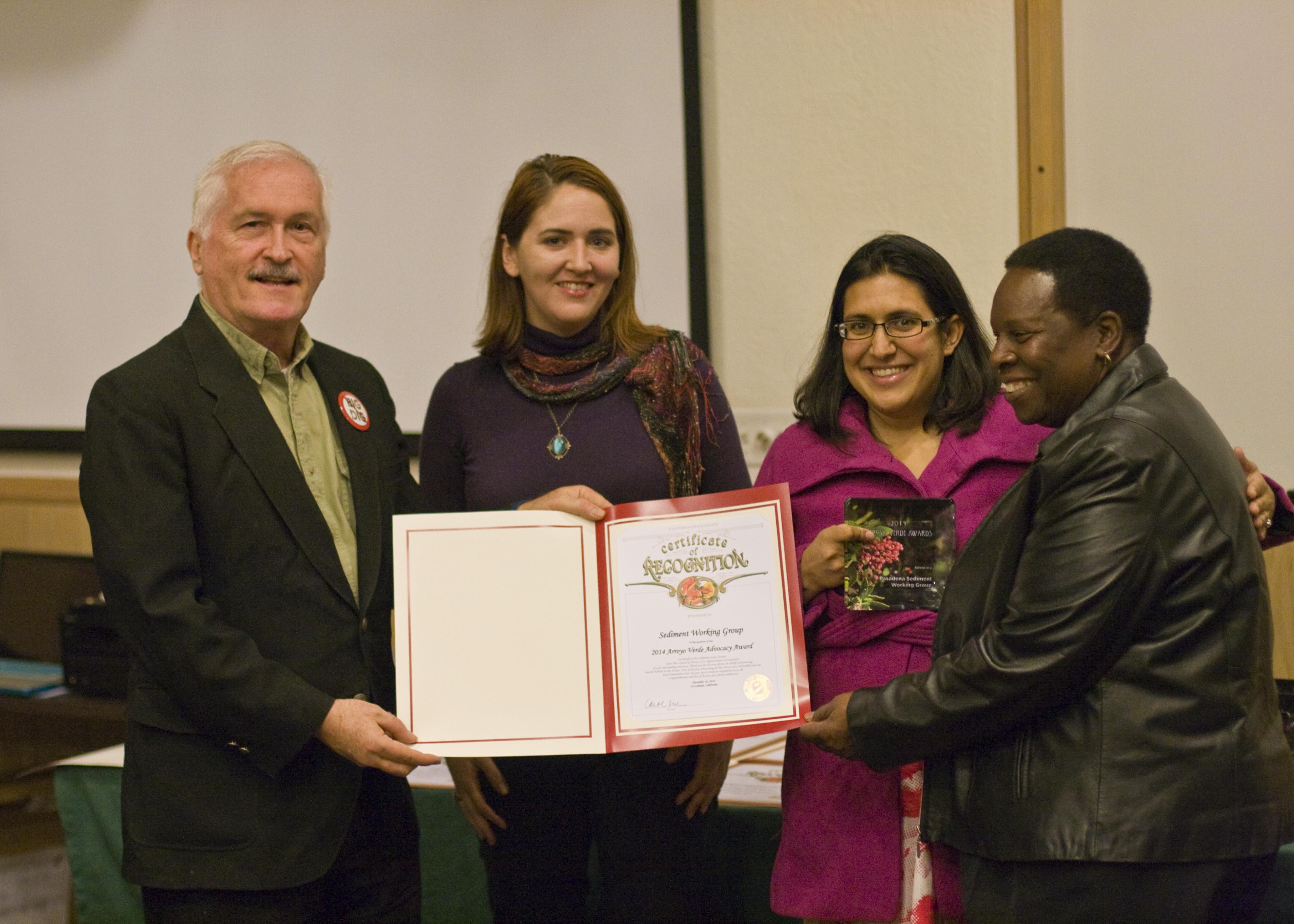 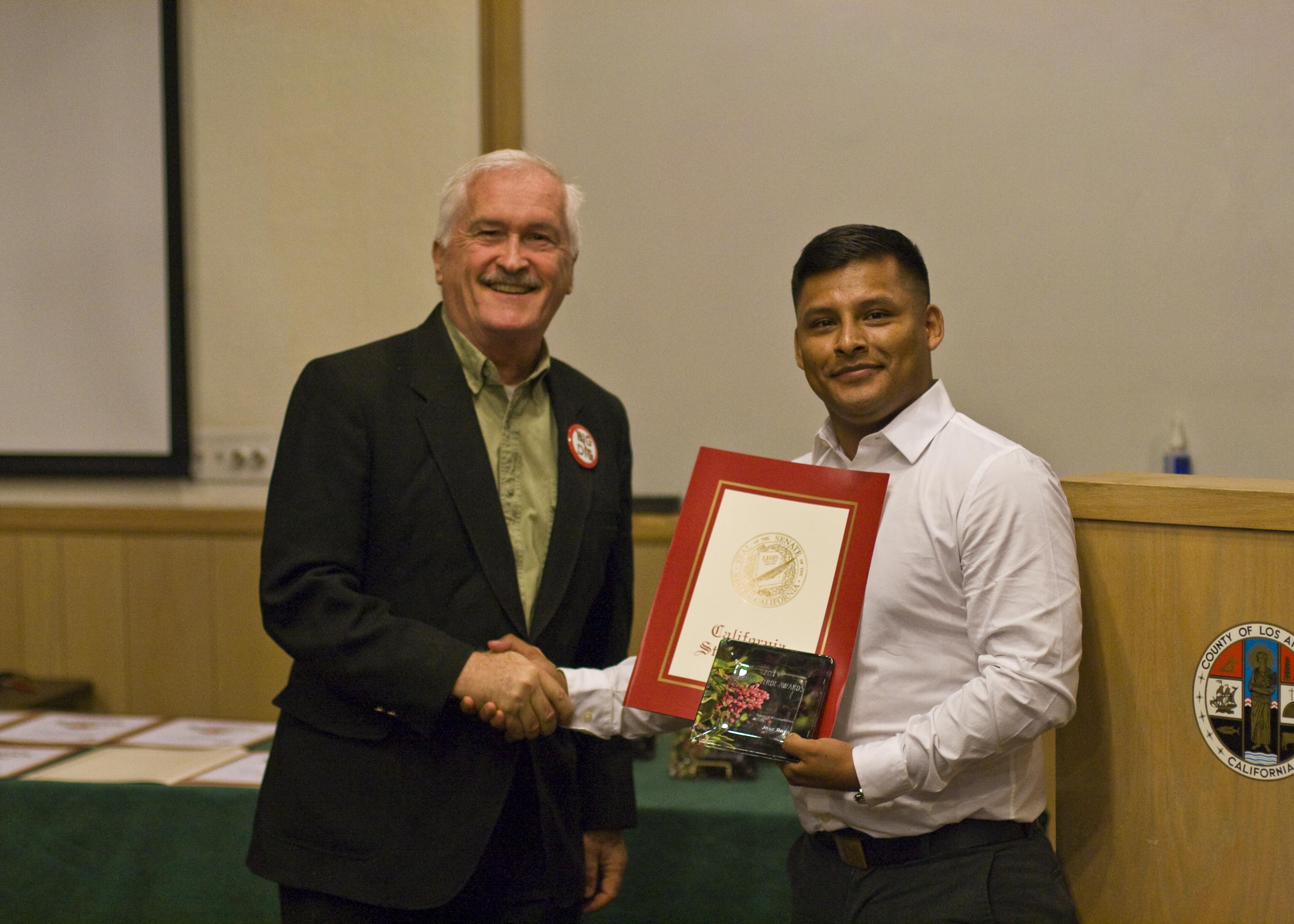 For the diligent work of this engineering intern from California State University, Los Angeles who conducted a study of Brown Canyon Dam and the history of flood protection in our region and in the United States. (Left to Right: Tim Brick, Jose Raya) 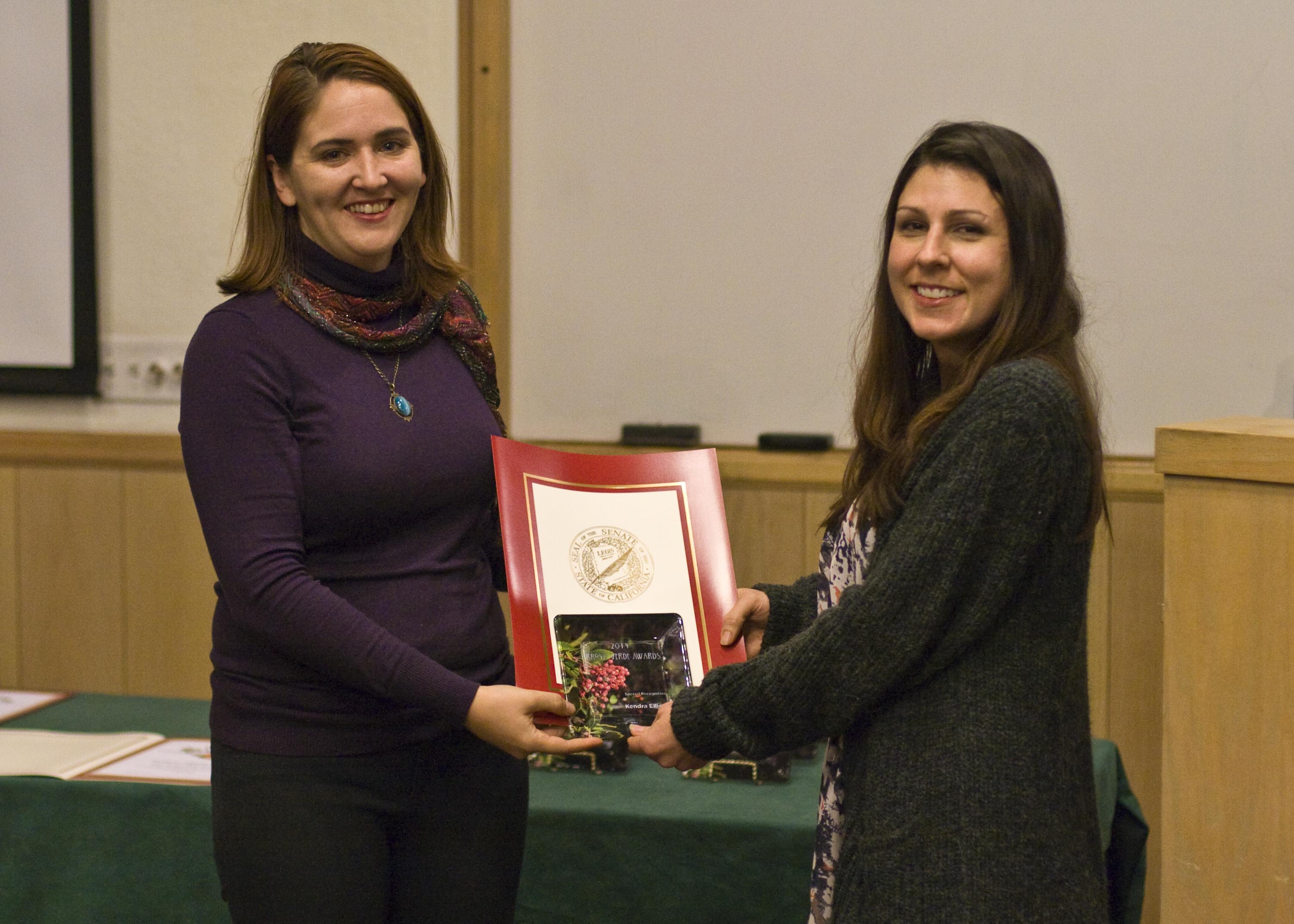 For her outstanding work as a volunteer in surveying Arroyo River Parks for important planning elements such as connectivity, accessibility and safety; Kendra has also surveyed portions of the Arroyo for invasive plants and the polyphagous shothole borer. (Left to Right: Rebecca Shields Moose, Kendra Elliott) 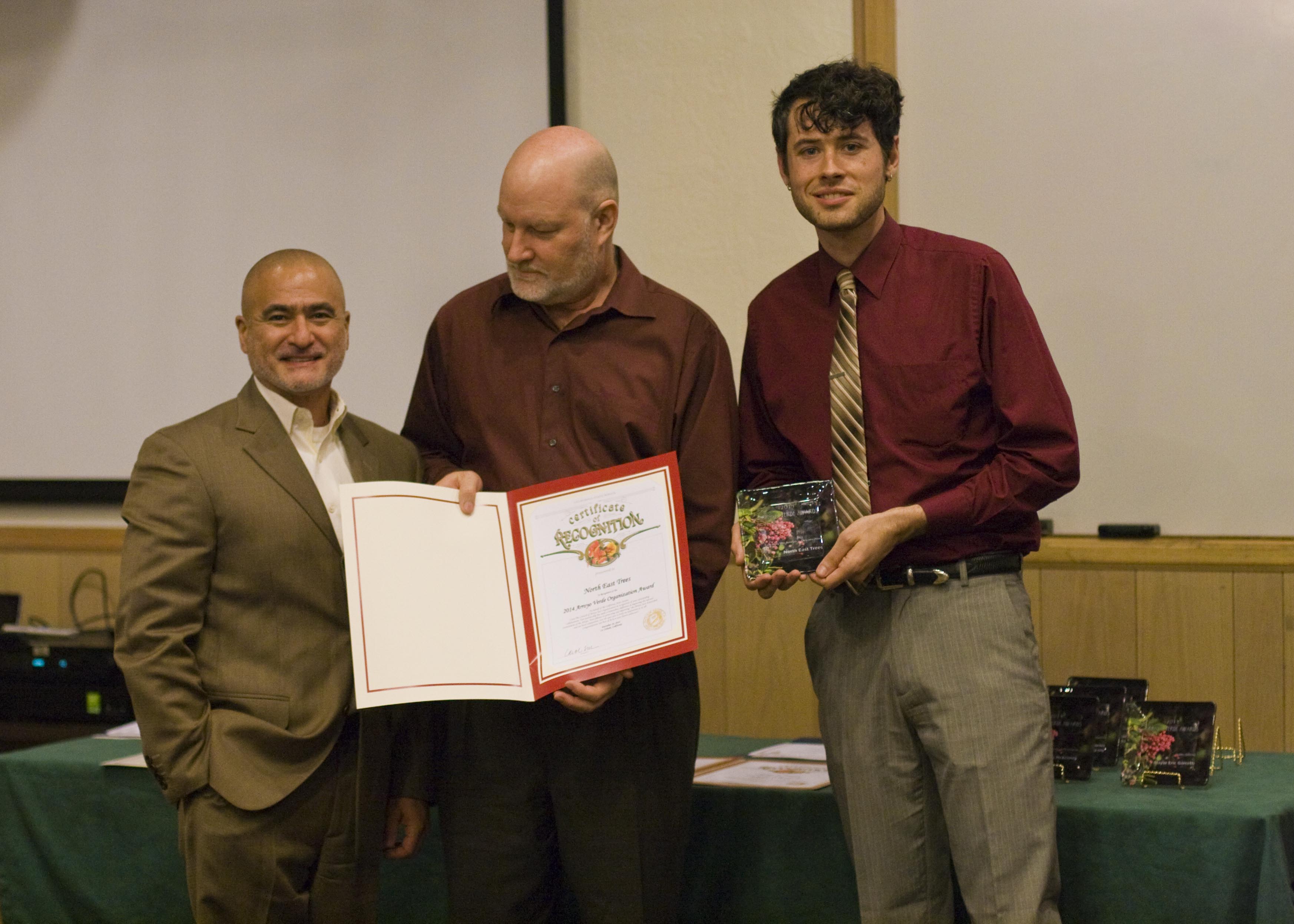 For preserving Flat Top in Montecito Heights to ensure that it will remain open space in perpetuity, and for their continuing work on urban forestry and training in green jobs for at-risk youth, particularly in Northeast Los Angeles and along the L.A. River. (Left to Right: Robert Nakahiro, Mark Kenyon, Scott David Cher) 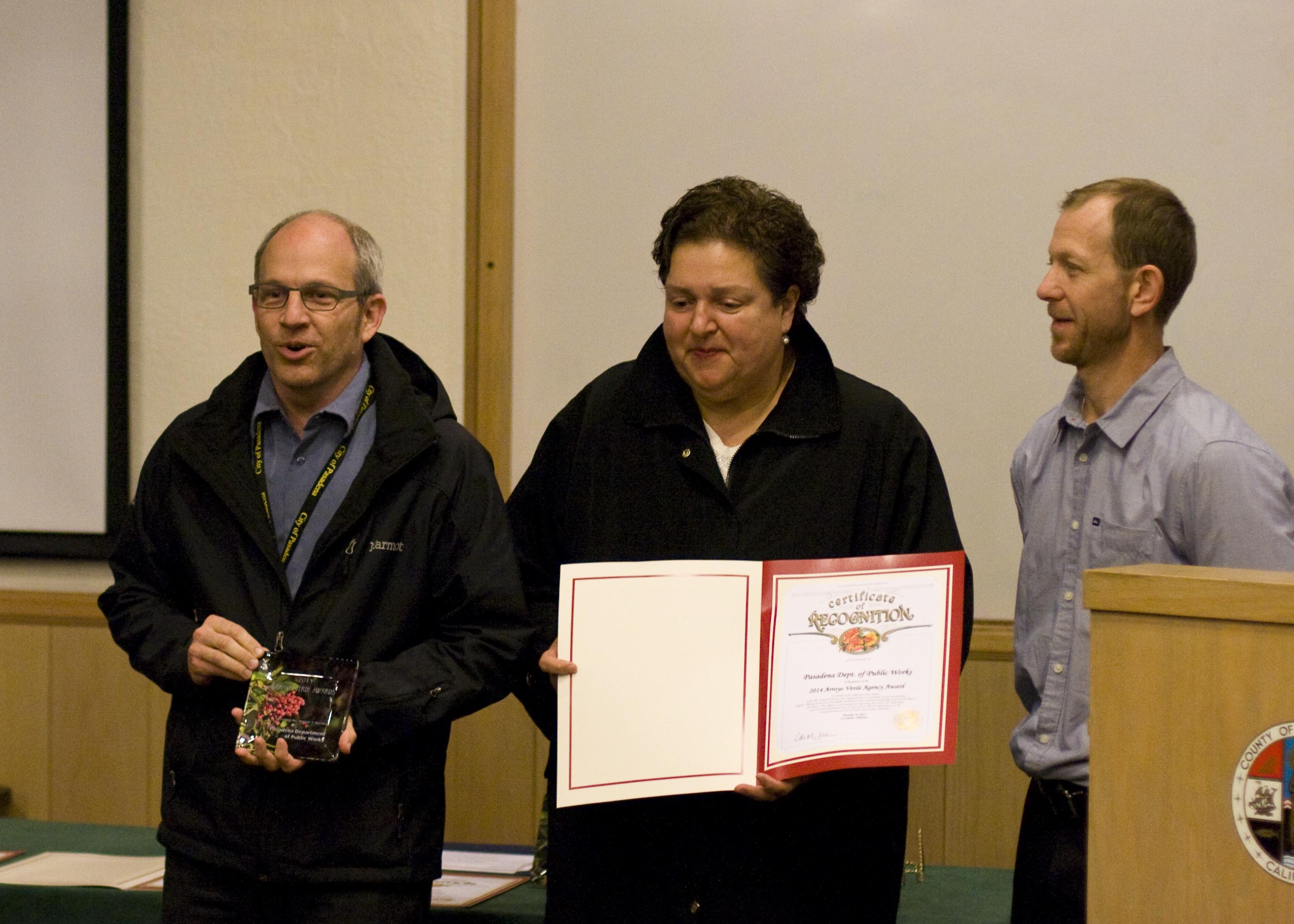 For conducting a model participatory stakeholder planning process for the Oak Grove Area Improvements, ensuring that all members' voices were heard. The improvements will include Berkshire Creek restoration, trail improvements and habitat restoration in the southwest portion of Hahamongna Watershed Park. This award is also in recognition of their initaitive in conducting a of survey Polyphagous Shot Hole Borer infestation in Pasadena. (Left to Right: Loren Pluth, Rosa Laveaga, Stephen Zurek) 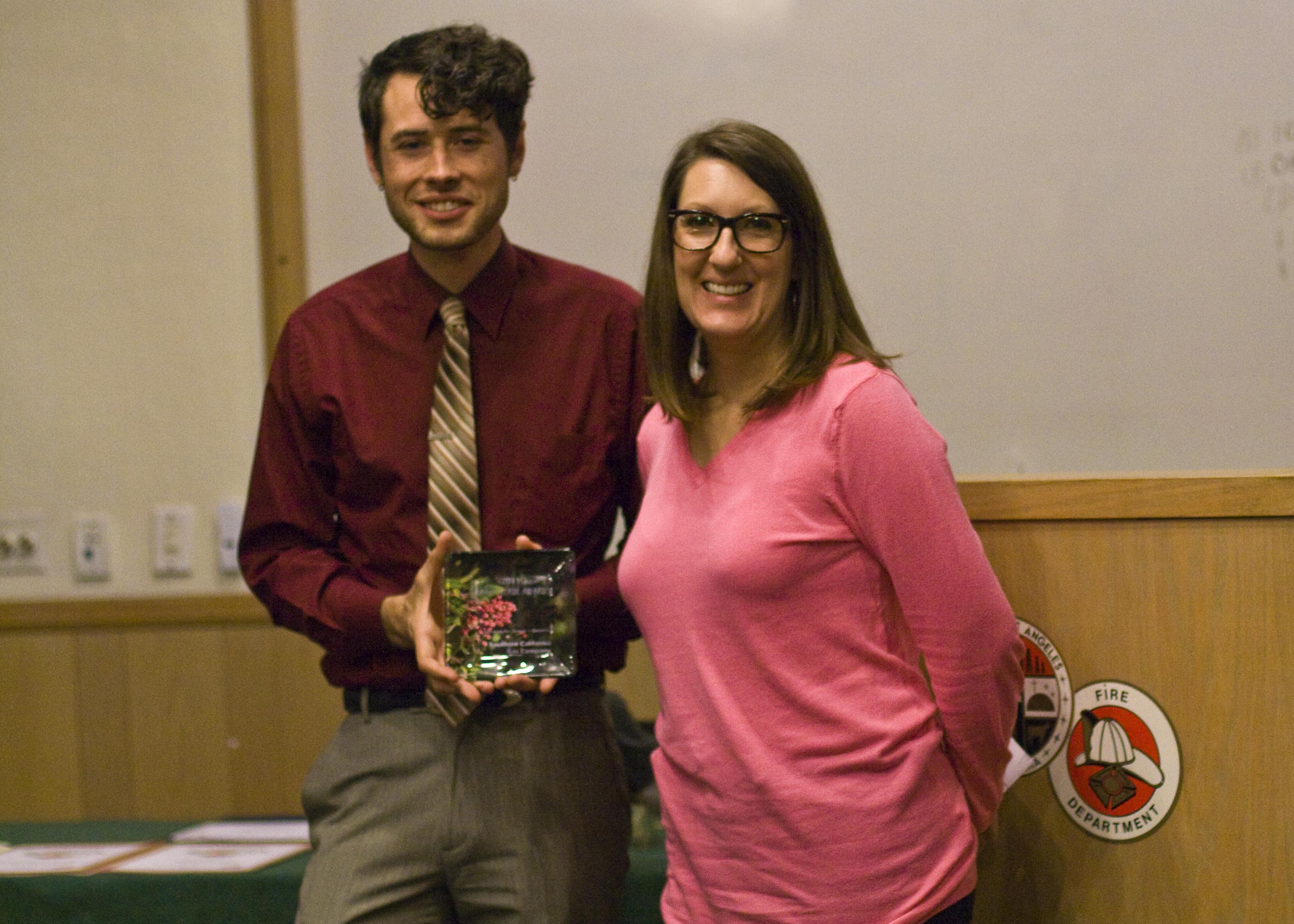 For their ongoing dedication to protecting and restoring wildlife habitat in the Arroyo Seco, their generous sponsorship of reforestation and invasive plant management, and for the outstanding quality of their Earth Day volunteer groups, which have demonstrated enthusiasm and skill. (Left to Right: Scott David Cher, Mandy Shaw)

For his leadership in the renovation of La Casita del Arroyo as President of the La Casita Foundation, for raising the alarm about the threat to native trees in Lower Arroyo Seco Nature Park, and for taking a stand to protect public access to the Arroyo with the formation of Stewards of Public Land. (Left to Right: Tom Seifert, Tim Brick) 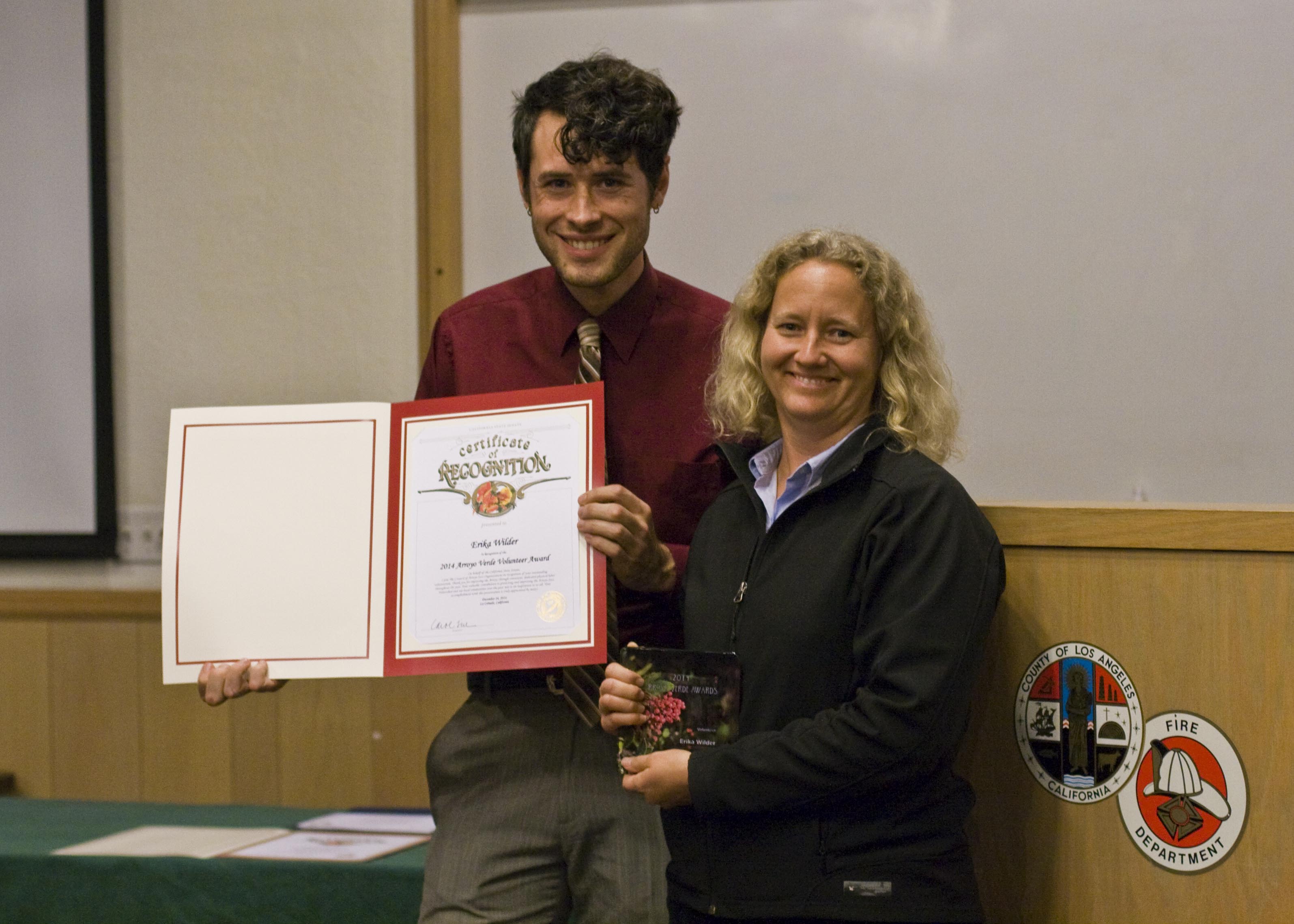 For always being ready to help and lend support in any way she can; a talented professional in the field of water quality, she brings great skill and enthusiasm to every task. (Left to Right: Scott David Cher, Erika Wilder) 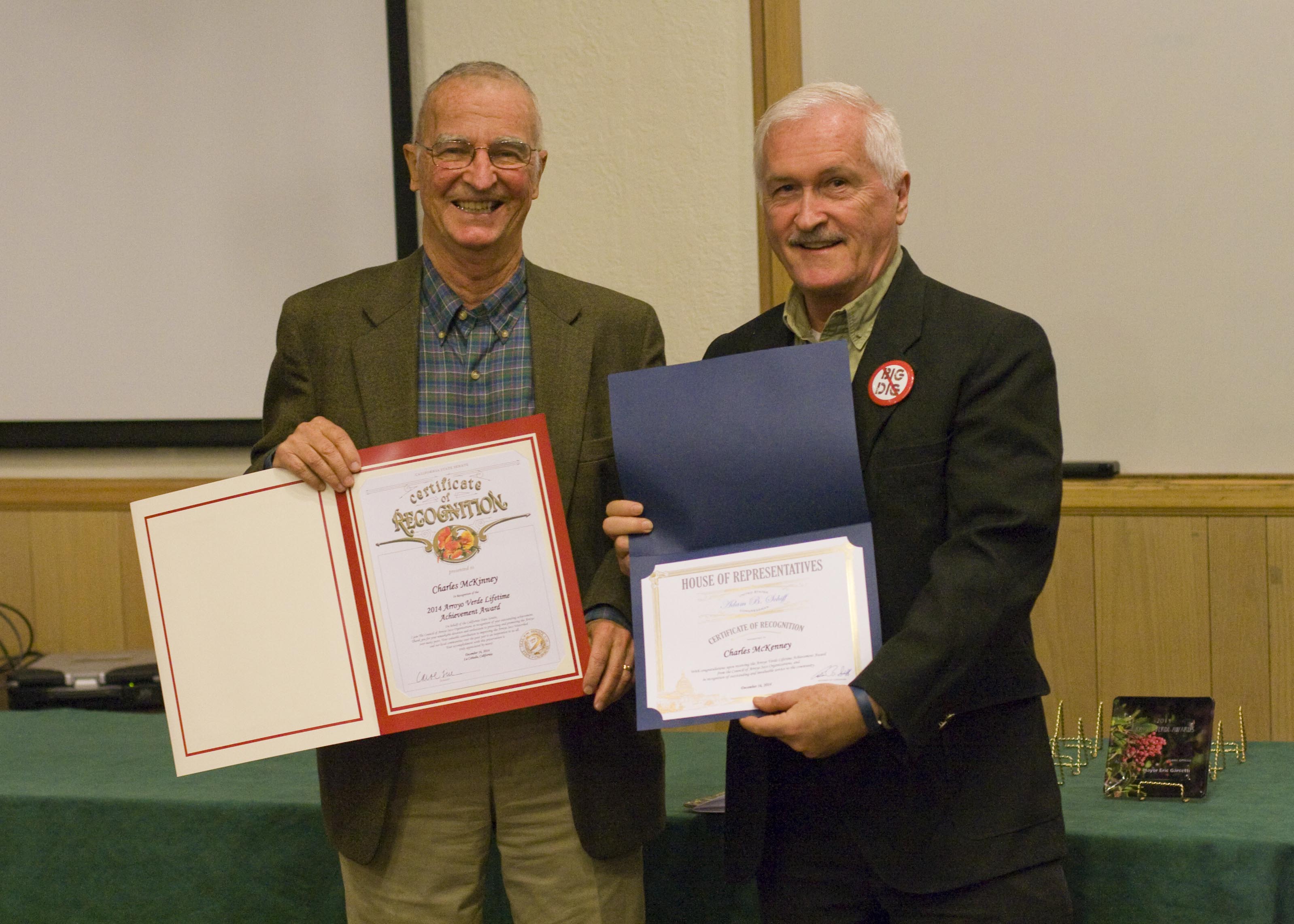 For his action forty years ago as a Pasadena City Director to preserve the natural stretch of the Arroyo Seco from the Holly Street Bridge to the Colorado Street Bridge, for his involvement in the Mountains Recreation and Conservation Authority; for creating and maintaining, along with his wife Betty, Arlington Gardens, an educational public garden featuring drought-tolerant and California native plants and peaceful haven for local urbanites. This article by Kicker was distributed at the ceremony. (Left to Right: Charles McKenney, Tim Brick) 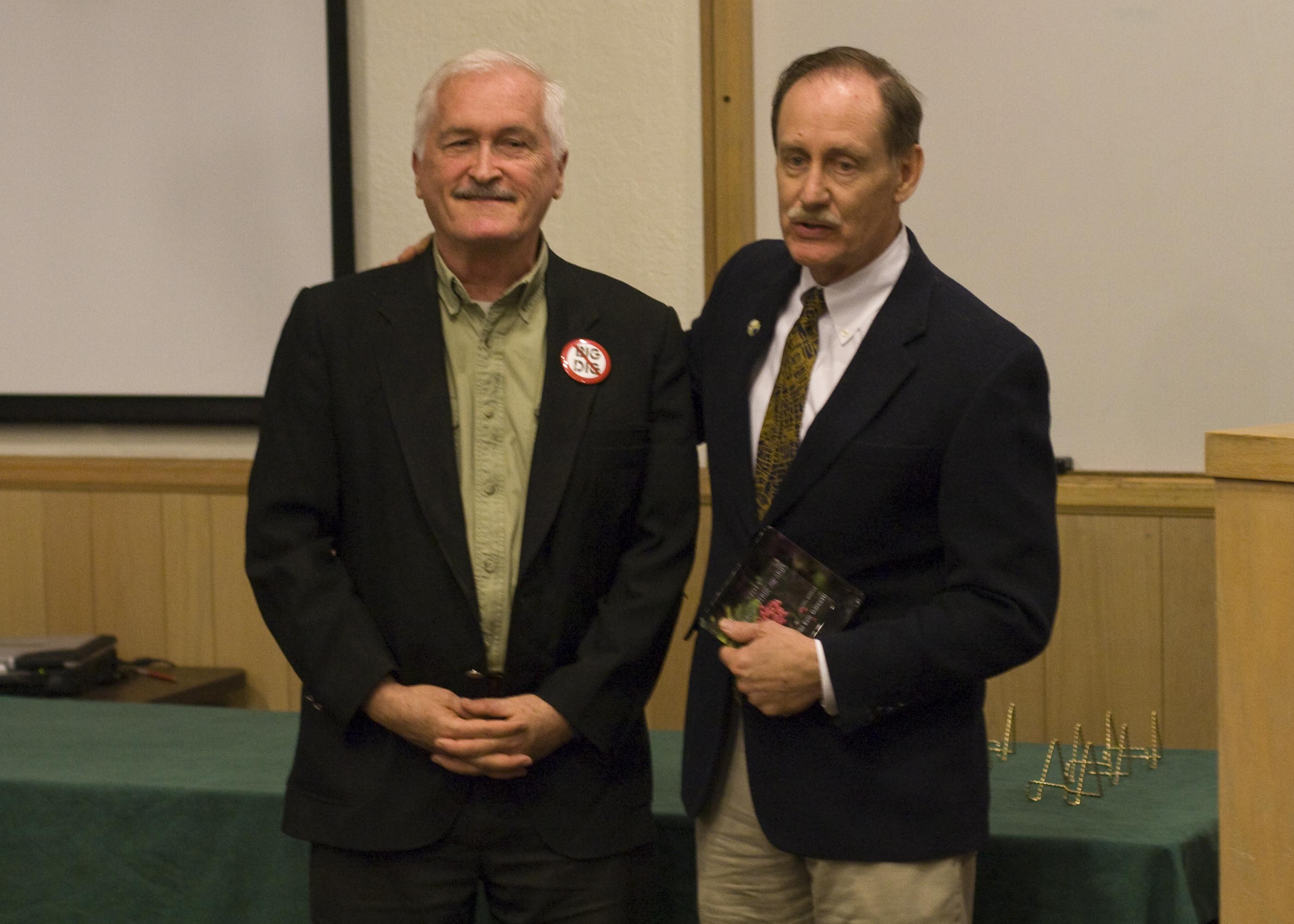